Singapore’s strict laws around alcohol consumption are no secret. But despite these attempts to reign in drinking, the number of people seeking alcohol rehab in Singapore continues to grow. According to the National Addictions Management Service (NAMS), several hundreds of Singaporeans and expats are seeking out professional help for problem drinking each year. 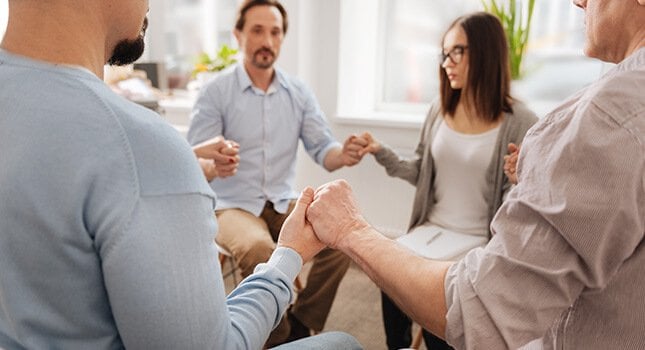 According to an Asia One report, “a spokesman for the Singapore Alcoholics Anonymous group said that they have expanded in recent years to meet the demand from people looking for help. Five years ago, there would only be three meetings a week. Now there are multiple meetings a day.” So why are so many more Singaporeans coming to grips with their problem drinking? Let’s take a look.

The Lowdown on Alcohol Abuse in Singapore

In a study conducted by the Singapore Institute of Mental Health, Ministry of Health and Nanyang Technological University, 4.1 per cent of Singaporeans said they suffered from alcohol use disorder at some point in their lives.

But hope’s perseverance is evident in Singapore, where people are thankfully seeking help for alcohol addiction earlier on, especially when they experience severe symptoms. Contrary to the popular belief that you have to hit rock bottom before you can recover, getting help early and often is in fact the best route to recovery. The further addiction progresses, the more severe its consequences – and the deeper the hole you have to dig yourself out of when the time comes.

Why so Many Singaporeans are Turning to Alcohol

Though drinking is largely seen as acceptable in Singapore, the truth is that most people who consume alcohol to feel its effects are doing so at far above ‘moderate’ levels (two alcoholic drinks in one day for men and one for women). And, as a new international study has recently confirmed, there is no safe level of alcohol consumption. Indeed, problem drinking is no different than drug addiction.

Says Dr Gomathinayagam Kandasami, chief of the Addiction Medicine Department of the National Addictions Management Service (NAMS), “As a doctor, I can say that whether you develop a drug addiction or alcohol addiction, there is no difference,” he added. “Addiction destroys you and your family, and increases the risk of dying early.”

So why are Singaporeans continuing to turn to alcohol in ever-increasing numbers?

The Pressure to Drink at Work

Many people feel obligated to drink with their co-workers, and the pressures surrounding this have to do with reasons outside of the sheer desire for alcohol. There may be a fear that turning down an invitation could cast you in a negative light, making you appear uninterested in forming better relationships with your team. Conversely, accepting an invitation can be seen as a means to earn brownie points with superiors. In fact, one in five office workers drink with their colleagues at least once monthly – and many are driven by a desire to get on the boss’s good side. And of course, there’s the long-standing Asian tradition of drinking as a prerequisite for closing business deals.

But saying yes can poses dangers to your reputation, including acting inappropriately while your inhibitions are lowered. It can also seriously interfere with your ability to regulate your own drinking, especially if it’s already an issue for you. If you want to put in some social time with your co-workers without sacrificing your health in the process, try coming up with a game plan to socialise sober.

Drinking is considered socially normal to the extent that it’s even seen as a rite of passage – from a young age, we’re often expected to drink. Singaporean kids eagerly anticipate their 18th birthday when they can take their first legal sip of alcohol (never mind that drinking during adolescence impairs brain development).

Says Dr Kandasami, “I very rarely find patients who start their drinking alone. Sometimes, they are also introduced to alcohol by their parents or family members, and they find they like the taste of it.”

People who struggle with moderate social anxiety often use alcohol as a social lubricant. But not only is this harmful to your physical health; it also prevents you from developing the social skills you need to interact with others without using alcohol as a crutch. Alcohol increases anxiety, compounding the issue further. And, people with diagnosable anxiety disorders consciously or unconsciously use drinking as a way to self-medicate.

As with any addiction, alcohol is often used as a means of escaping uncomfortable feelings. But this becomes especially troublesome for sufferers of mental health disorders, who may feel compelled to turn to substances in times of severe depression or anxiety. Alcohol abuse, in turn, worsens symptoms of mental illness, creating a viscous cycle of co-occurring addiction that becomes very difficult to break. It’s no accident that depression, obsessive compulsive disorder (OCD) and alcohol abuse are the three most prevalent disorders in Singapore.

Addiction manifests in many ways, and often affects those who may not realise they have a problem. In fact, high-functioning addicts face unique challenges in that they experience higher levels of denial. People who continue to hold down jobs, relationships, family commitments and otherwise demonstrate success in certain areas of their lives may fail to recognise that their substance use is a problem – though they and their loved ones are undoubtedly feeling the effects of it.

Because of this, high-functioning addicts are more likely to delay seeking addiction treatment. But continuing to abuse alcohol over a longer term further increases health risks and entrenches patterns of addictive behaviour. For these people, wake-up calls often come in the form of serious health issues, legal troubles or family intervention.

A gripping health scare was the aha moment for a young Singaporean woman, who attended The Cabin’s residential rehab centre in Chiang Mai. She recalls: “The biggest thing for me was my health, and it just went out the window. I had stomach ulcers, blood problems, heart problems and liver problems but I couldn’t see that alcohol and drugs were the problem.”

Before that, she didn’t even think of her drinking as an issue. “A lot of people think of addicts as being on the street. I wasn’t passing out, I wasn’t drinking at lunchtime or drink-driving,” she says – in fact, her friends said she was a ‘funny drunk.’

Are You a High-Functioning Alcoholic?

Because substance abuse draws a veil over us, it’s hard to be aware of our own behaviour while we’re under its influence. If you suspect that your drinking is becoming a problem, ask yourself if you show any of the following signs of high-functioning alcoholism:

Make no mistake – alcohol abuse is universally damaging. As Dr Robert Huebner of the National Institute on Alcohol Abuse and Alcoholism says, nobody “can drink heavily and maintain major responsibilities over long periods of time. If someone drinks heavily, it is going to catch up with them.”

If you’re worried that your drinking habits are spiralling out of control, it’s a good idea to get advice from a professional. At The Cabin Singapore, our caring and compassionate counsellors can help you evaluate your options and create a plan to get sober and start living your best life. Contact us today to learn more.

Alcohol Enough is Enough: From Addiction to Alcohol Recovery

Alcohol and Cancer – The 7 Deadly Cancers Related to Alcohol Abuse