April 8, 2016Michael ShannonBlog, Youth Addiction Treatment
The risk for developing an addiction is exceptionally high during the adolescent and young adult years, and worldwide families and communities are suffering because of addiction’s widespread impact. 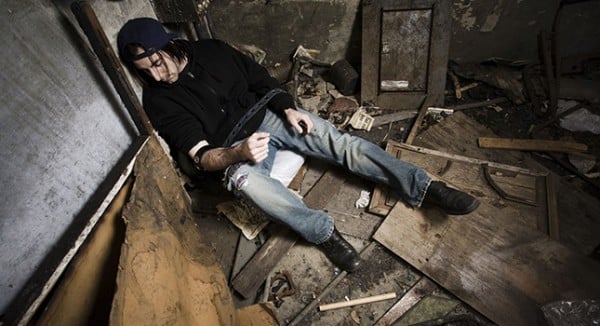 In lieu of our soon to be opened youth addiction treatment centre, we find it important to highlight how addiction effects young people and why addiction treatment for youngsters is pivotal in reducing the impact of addiction on societies. Addiction amongst youth causes devastating consequences within families and societies worldwide, one of which is the tragic loss of young life due to drug overdoses. Recently in the United States there has been a dramatic increase in the number of young people who die from overdoses — deaths that could be prevented. In the past decade the overdose death rate has more than doubled among people aged 12-25, and some pockets of America have seen three and four fold increases in the number of overdose deaths. Epidemic rates of prescription opiate abuse, and subsequently heroin use, amongst young people are largely responsible for the rise in these tragic losses. It was prescription painkillers such as OxyContin and Vicodin that contributed to over half of all overdose deaths in 2013 according to the Reducing Teen Substance Misuse: What Really Works report. While all too common, overdose deaths are not the only problematic outcome of adolescent drug abuse. Drug and alcohol use are also amongst the leading causes of youth crime, as well as a leading factor in suicide and homicide amongst young people. The risk for developing an addiction is exceptionally high during the adolescent and young adult years, and worldwide families and communities are suffering because of addiction’s widespread impact.


Why are Youth more Susceptible to Addiction

Individuals who start using drugs and alcohol as teenagers are far more likely to develop an addiction than those who initiate use as an adult. In fact, addiction could be seen as primarily an adolescent illness as most peoples’ addictions initially develop during this time period. Addiction is a brain-based disorder. For many, the disorder is present before they ever begin using substances. For others, repeated drug abuse creates significant changes in the brain leading to addiction. For most, it is the complex interaction between genetic and environmental factors and abuse of addictive substances that causes addiction. The susceptibility of young people to developing addictions more rapidly has to do with the fact that the brain is immature and not fully developed until around age 25. Just recently researchers have been able to determine more specifically which areas of an adolescent’s underdeveloped brain are implicated in their vulnerability to addiction.


The Science behind Young People’s Vulnerability to Addiction

Scientists have now pinpointed a specific protein in the brain called elF2 that accounts for adolescents’ hypersensitivity to addictive drugs. In two studies with mice, along with supporting evidence from brain imaging in human addicts, researchers have made promising progress in understanding how drugs effect youth and why the risk for addiction is high amongst young people. First, by injecting both adolescent and adult mice with low doses of cocaine researchers found that cocaine reduced the activity of eIF2α in adolescents but not adults. The reduced eIF2α activity lead to stronger connections between dopamine-storing neurons in the mid brain. According to lead author Wei Huang, “This greater communication between dopamine-rich neurons gives a greater sense of pleasure from taking the drug and encourages behaviours related to addiction.” Researchers went on to alter the production of proteins controlled by eIF2α in adult mice, making their brains function more like that of adolescents — which in turn made them more susceptible to cocaine-induced changes in the mid-brain. The opposite was also true. By increasing eIF2α activity in the brains of adolescent mice to make them more similar to adults, the brain became more resistant to the effects of cocaine. So, the science now supports what clinicians have long witnessed — that adolescence and young adulthood are critical periods in the development of addictions, and this is at least in part due to specific proteins in the brain that are not fully developed in adolescents — creating a greater vulnerability to addiction during this time. Unfortunately, no matter what evidence they have about the risks, some young people will still abuse substances and some will become addicted. However, second to preventing addiction in the first place is attacking it early on.


The Benefits of Drug Rehab for Youth

Getting young people into effective addiction treatment is one of the best ways to reduce the tragic and costly impact of addiction on individuals, families, and society. Treating young people for addiction is practical and effective preventative medicine as the physical and mental toll of addiction becomes more severe as one ages. Also, as people age their chance of successfully achieving addiction recovery reduces. Therefore, the earlier someone is exposed to treatment the greater their chances of living healthy, fulfilling lives in recovery. Rehab is not always successful on the first try for adolescents and this can be discouraging. However, young people do respond well to continued treatment, and with it can achieve long-term sobriety as young adults. Especially when treatment is specifically tailored to the needs of youth and utilises the latest in effective treatment approaches, chances of success are promising. Effective addiction treatment is behavioural in nature with a biopsychosocial approach. This means treatment should utilise comprehensive and holistic methods from medicine, counselling, and peer involvement to support changes in thinking and behaviour until new healthy habits become as engrained in the brain as the addiction once was. Our revolutionary youth addiction treatment centre will be dedicated to providing addiction treatment that is youth oriented — a specific type of programme that youth can relate to but, more importantly, effectively respond to. One that will allow them to live healthfully in long-term recovery, and go on to becoming productive and  responsible members of society whom we can all be proud of. We are excited to contribute to this much needed sector of addiction treatment, be sure to keep an eye out for more information! Or if you would like to consult with one of our youth addiction experts, please feel free to email us at [email protected].