An increasing number of young people say they can’t put down their phones. What are tech giants, parents, and treatment centres doing about it? 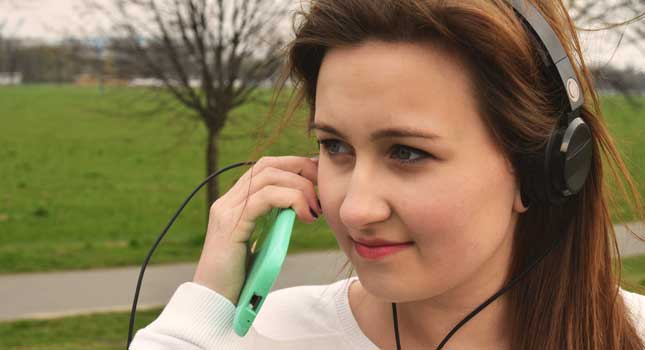 Investors confronted tech giant Apple this month about what they say is a rising number of young people addicted to their smartphones, Fortune reported.

Firm Jana Partners and investor CalSTRS—who together own around US$2 billion in Apple stock—said that they want the company to develop software that would help parents monitor and restrict kids’ phone use. They also asked Apple to further study links between increased phone usage and mental health.

The shareholders’ request follows research carried out by Common Sense Media which revealed that half of American teens feel like they are addicted to their smartphones—a problem for which an increasing number of youth are seeking treatment around the world. 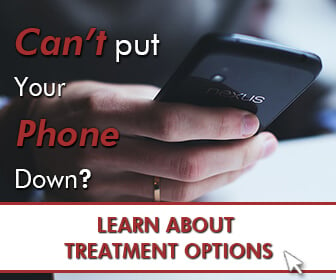 What is Smartphone Addiction?

Smartphone addiction is linked to internet addiction, or the compulsive overuse of the internet. It typically involves overconsumption of social media, instant messaging, and entertainment, like games.

Smartphone addiction shows up in brain scans in the same way as other behavioural addictions: the reward centre of the brain lights up when the user thinks about being on their phone. Typically, professionals determine the severity of an addiction by compiling a profile of the user’s smartphone habits and how these practices affect their daily life, socializing, moods, and sleep.

A number of negative consequences are linked to smartphone addiction, including sleep disorders, distracted driving, bad posture, anxiety and depression, and an overall decrease in productivity.

Some people have likened the condition to nomophobia—slang for “no mobile phobia,” or a fear of not having full access to one’s phone.

Do you worry that a teen in your life has become unhealthily dependent on their smartphone? Answer yes or no to the following questions:

If you answered yes to at least four of these questions, the individual in question might be fixated on their smartphone to the point of addiction.

Why Seek Treatment for Smartphone Addiction at The Cabin?

The Cabin Chiang Mai’s inpatient treatment provides those suffering from their smartphone addiction the opportunity to “detox” from their phone usage in the stunning greenery of northern Thailand.

Here, Western-certified practitioners deliver our unique programme, which specialises in addictions where abstinence is not realistic—like with smartphones, where the goal is to manage their phone use rather than completely eliminate it. Those who seek help with this receive 24-hour support to develop a healthier relationship with technology, and a new approach to daily life.

This treatment is drawn from cognitive behavioural therapy, the 12 Steps, and mindfulness practice and at our idyllic mountain campus in Thailand is delivered for a fraction of the cost of similar programs situated in the West.

What Can Family Members Do to Contribute to a Teen’s Recovery?

If a teenager in your life is struggling with smartphone addiction, experts recommend a number of measures to assist them during their recovery. Parents can:

The Cabin Chiang Mai is committed to supporting both those who need treatment themselves and their families. To find out more about whether you or someone you love could benefit from a healthier relationship with their smartphone, contact us for a free consultation.

Opioids and Alcohol – a Combination that Could Kill

Our Top 5 Tips on How to Overcome Anxiety Without Alcohol