The Difference Between Fentanyl and Carfentanil

September 13, 2018GemmaBlog
Their similar names often lead people to the conclusion that fentanyl and carfentanil are essentially the same. They’re not. Fentanyl is between 50 to 100 times more potent than morphine, which makes it a highly-addictive and undoubtedly a dangerous drug. Carfentanil is 100 times stronger than fentanyl, and just handling even the smallest amounts can be deadly. 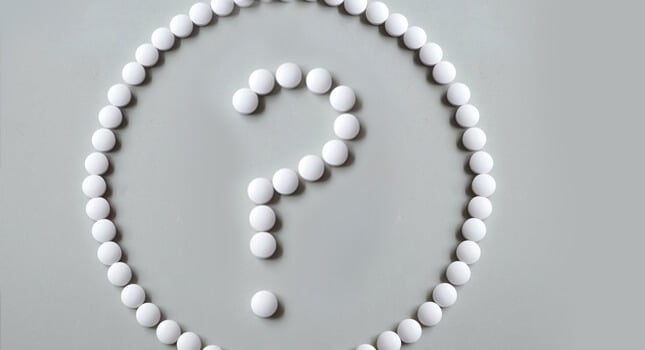 Carfentanil and fentanyl are far more potent than heroin and prescription opioids like OxyContin. They are also cheaper to produce and virtually undetectable when added to street drugs such as cocaine or heroin, even fake pills. The key difference between fentanyl and carfentanil is potency. Fentanyl is 50-100 times stronger than morphine and 2 mg can be enough to cause overdose or death. If that wasn’t potent or deadly enough, carfentanil is 100 times stronger than fentanyl. Many people struggling with heroin addiction often take fentanyl accidentally, but the number of users who actively seek it out fentanyl in their heroin has risen. The Cabin Chiang Mai offers world-class residential drug rehab for all types of drug addiction, including heroin, fentanyl and prescription drug addiction treatment to name a few.

Unpacking the Differences between Fentanyl and Carfentanil

The practice of lacing heroin with fentanyl or carfentanil has become more widespread in recent years. This has led to an increase in opioid-related fatalities and a state of Russian roulette for users who have no way of telling what they’ve bought. Let’s unpack the differences between fentanyl and carfentanil.

Fentanyl is a second generation synthetic phenylpiperidine class opioid. It was synthesised as a solution for breakthrough pain in the 1960s and is used with other preparations in anaesthesia. Fentanyl is also used to manage chronic pain in patients with severe illnesses like cancer or those who have undergone particularly invasive surgical procedures. Initially intended to be administered under medical supervision, fentanyl products like patches and lollipops eventually became available as over-the-counter prescription drugs. Side effects of fentanyl abuse include vomiting, poor coordination, respiratory suppression and addiction. The illicit use of fentanyl was first uncovered in the 1970s. Although initially confined mainly to the medical community, fentanyl abuse spread quickly and prescription drug addiction is at crisis point today. Over 12 different illicitly produced fentanyl analogues, including the deadly carfentanil, have been identified in the US in recent years. Fentanyl can be made relatively cheaply and is commonly added to other drugs like heroin and cocaine to reduce costs and increase potency. Fake pills, such as counterfeit oxycodone by clandestine manufacturers, are also being laced with fentanyl and the US is being saturated with the new product. Counterfeit pills make it very difficult for users to know what they are taking; it further becomes impossible to accurately gauge the dosage and overdose is common. In response to this, Fentanyl test strips are growing in popularity and can be ordered online. However, according to Health Canada, “No fentanyl test strips are specifically designed to check street drugs before consumption. While the test strips are being promoted to do just that, a collaborative study with Johns Hopkins Bloomberg School of Public Health states it is possible for these types of testing mechanisms to produce a false negative.

Carfentanil, or carfentanyl, is a structural analogue of fentanyl. An analogue is a compound that has a similar chemical structure to another compound but differs from it in certain ways. In this case, carfentanil is much more potent than fentanyl. Carfentanil was first synthesised by a team that included Paul Janssen, the creator of fentanyl, in 1974. The drug was licensed for use as a sedative or tranquilliser for large animals like elephants and rhinos. Until 2017, carfentanil was legal in China and companies used to sell it over the internet, even offering customers advice on how to import it. Although it’s now a controlled substance in China, Carfentanil continues to be a problem around the world since it’s cheap and easy to make. In tests, Carfentanil is shown to be up to 4,000 times more potent than heroin. Similar in appearance to table salt, as little as 2 mg of carfentanil in one gram of heroin or cocaine is enough to potentially kill up to 50,000 people.

The Fentanyl and Carfentanil Epidemic

The fentanyl crisis has reached international proportions with overdoses and deaths reported in the US, Canada, Europe, Australia, New Zealand and the Far East on an almost daily basis. Several different types of fentanyl, including the potentially lethal derivative carfentanil, are being illegally manufactured for sale on the streets. As well as being added to substances like cocaine and heroin, fentanyl and carfentanil can be made into pills that mimic the look of Percocet, OxyContin or other prescription drugs.

What Makes Fentanyl so Risky?

The risk of accidental overdose is significantly increased when fentanyl and carfentanil are mixed with other opioids like heroin or with cocaine, benzodiazepines or alcohol. Furthermore, illicitly-made fentanyl is more toxic than pharmaceutical opioid products and there is no way to detect how much has been added to street drugs. Unless your drugs are prescribed by a reputable pharmacy, it’s almost impossible to know what they contain. Fentanyl affects people from all walks of life. When world-famous musician Prince died in April 2016, medical examiners cited accidental overdose of fentanyl as the cause. Dozens of substances containing the drug, including counterfeit pills, were later found in the singer’s home. In November 2017, rapper Lil Peep died of an accidental overdose of fentanyl. Singer Tom Petty was found dead in January 2018 after accidentally taking medications that included fentanyl, despropionyl fentanyl and acetyl fentanyl as a pain remedy. In the US alone, fentanyl-related fatalities are rising at an alarming rate; in 2016 substances containing fentanyl and fentanyl analogues caused 20,100 deaths, an increase of over 540% in just three years. The epidemic has spread across the globe and shows no sign of abating.

Get Help for Fentanyl Addiction Now!

The risk of inadvertently taking drugs that contain fatal amounts of fentanyl and carfentanil has left many users feeling that there is no way out. Quitting fentanyl on your own or ‘cold turkey’ can be extremely difficult. Once users have developed a physical dependence to fentanyl, withdrawals are painful and protracted and it can be hard to stay clean. Without the expert professional help offered by a fentanyl addiction rehab, the chances of succeeding are vastly reduced. Specialised professional treatment is essential. At The Cabin Chiang Mai, we deal with the addiction and its underlying causes. We take a personalised approach and offer help and support for the future. If you’re concerned about someone who may be exposed to fentanyl or carfentanil, or if you’re struggling with fentanyl addiction yourself, we can help. Contact The Cabin Chiang Mai today and take the first step towards an addiction-free future. 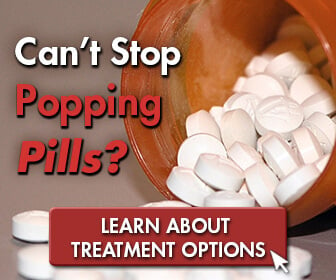 The Top 10 Benefits of an Inpatient Drug Rehab

Before Checking Into Rehab: Taking Care of the Small Details

Alcohol Addiction Centre: The CDC’s New Findings and Why Women Are More At Risk