Thousands of people die each year by overdosing on alcohol simply because the symptoms are not well known. We have outlined the signs to watch for and what to do if you see someone overdosing. Knowing your facts can help save a life. 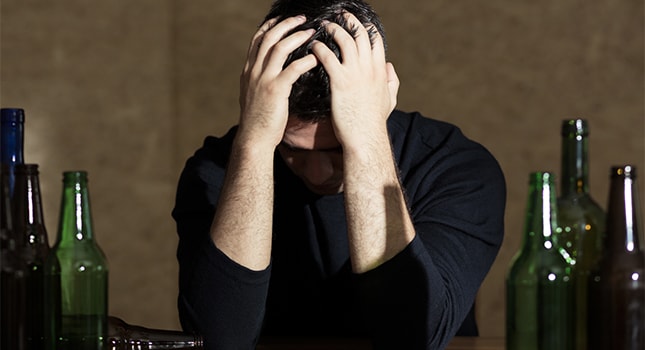 Alcohol is the most widely accepted (and abused) substance around the globe, most likely due in part to the fact that it is legal in most countries. Whether people are celebrating special events, trying to relax, or cheering on their favourite sports team, alcohol is very often included. But the dangers of overconsumption can be very serious, and alcohol overdose can lead to death.

What is an Alcohol Overdose?

Also known as alcohol poisoning, an alcohol overdose occurs when a person drinks an excessive amount of alcohol in a short period of time which can affect their breathing, heart rate, body temperature and gag  reflex. Alcohol overdose can also lead to coma and death.

How Much Drinking is Too Much?

Government guidelines regarding safe alcohol consumption vary from country to country, but most are consistent in that no person should drink more than 10-14 drinks per week, and no more than 3-4 drinks per day. Unfortunately, it is not that uncommon for people to get caught up in the moment and consume double or triple that amount in a short period of time. If you find yourself in a situation where people are drinking heavily, it is important to be able to recognize the signs of an alcohol overdose.

Symptoms of alcohol poisoning include the following:

What to Do if Someone Shows Signs of an Alcohol Overdose

It is not imperative that a person be showing all of the above symptoms before seeking medical assistance. Vomiting and passing out are symptoms that are all too often overlooked – considered a normal part of a night of binge drinking. But these symptoms can be telling of a serious problem. If someone is showing any of the above symptoms, call for medical assistance and do not leave them unattended. In the meantime, you can act in the following ways:

What Not to do in the Event of Alcohol Poisoning

Despite the best of intentions, there are many actions that people frequently take when they see someone who has overdosed on alcohol. The following actions may seem like ‘common knowledge’ of how to take care of an intoxicated person, but they could actually make the situation worse:

How is Alcohol Overdose Treated?

If someone is suffering from an alcohol overdose, the above actions can help keep the person alive and well until they are able to receive proper medical treatment which is most commonly administered in the emergency room at the hospital. Vital signs will be monitored while doctors take measure to decrease the patient’s blood alcohol level. These treatments include:

If alcohol poisoning is a one time occurrence for an individual, it is likely that they simply got carried away, and as long as they have recovered safely, life should continue pretty much as usual. In the case that a person reaches this state more than once or even frequently, it is a imperative to seek the advice of an alcohol addiction treatment centre.

Many people have the misconception that just because they do not drink everyday, that they are not an alcoholic or do not have an addiction to alcohol. However, binge drinking, even occasionally, is considered an addiction when it negatively impacts your life. Do you cancel plans due to a hangover? Do you miss work or school because of drinking too much the night before? Have you ever thought that you wanted to drink less, but it never happens? When you drink, do you often end up passing out or vomiting?

The Cabin Chiang Mai is a residential rehab facility that offers a unique, affordable and effective alcohol addiction treatment programme. If you answered yes to any of the above questions, your drinking may be a serious problem, and you may need treatment. Contact us today for a free, no-obligations assessment to see how we can help you or your loved one.