These “Effects of Alcohol” are just Myths

The terms ‘nightcap’ and ‘liquid courage’ are self explanatory in regards to what we believe are the powers of alcohol. However, many of the most common reasons for drinking are completely misguided. Here we investigate which effects are actually myths and discover the truth behind them. 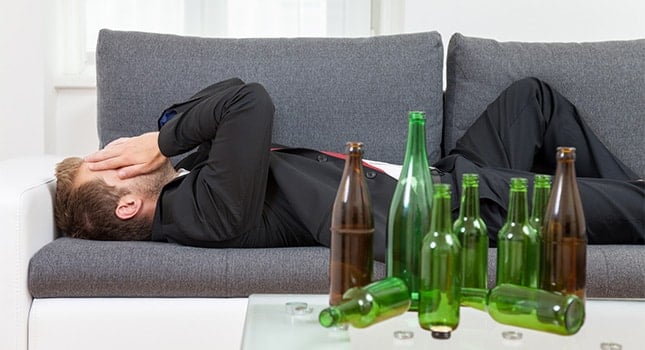 Alcohol is the most widely accepted drug around the world, a legal substance in most countries. The effects of alcohol on drinkers and the reasons they drink vary. In many cultures alcohol is often associated with celebrations – from holidays to special moments in life such as getting a new job or graduating from school. People also rely on the ‘well-known’ effects of alcohol for a multitude of other reasons, including getting them through difficult situations – but some of the most common reasons for drinking are more fiction than fact.

Below we take you through the top 5 reasons for drinking that are completely misguided.

The following are ‘effects of alcohol’ that have people drinking for all the wrong reasons.

Especially in cold climates, many people believe that having a drink of alcohol will help keep you warm. This is, in fact, the complete opposite of the truth. Alcohol is what is known as a vasodilator. In other words, alcohol causes your blood vessels to dilate, moving warm blood closer to the surface of your skin. This effect makes you feel warmer, but in fact, having those veins pump blood closer to the surface of your skin lowers your core body temperature. So taking a sip of brandy or other alcohol may make you feel warm for a minute or two, but if you are spending time outside in the cold it is a much wiser idea to stay off the booze.

2. Having a nightcap helps you sleep.

Many people look to alcohol to help them fall asleep at night. And while a drink before bed does usually make you more drowsy and can help you fall asleep faster, the quality of sleep is poorer. A study done by the University of Melbourne showed that people who drank alcohol before sleep had more active brains during the night – showing brainwave activity that is usually reserved for when the brain (or the person)  is awake but quietly resting. The brain activity was also similar to that of people who suffer from chronic pain, and had previously been associated with waking up feeling unrested, drowsiness throughout the day, and even symptoms such as irritability and headaches.

We have all heard of “liquid courage” – a quick sip of alcohol to help you get through that phone call to your crush, or make a really important business presentation. However, there is no concrete evidence that alcohol actually increases confidence – but rather it simply lowers your inhibitions (which is not really a good thing).

Any amount of alcohol consumed releases dopamine in the brain. Dopamine is the chemical in our brains that makes us feel good. The concept of this chemical release is to tell your body to do more things that are good for it – eat well, exercise, even mate. The problem with alcohol is that it floods the brain with so much dopamine that the brain can no longer be sure what is a good idea and what is bad. Point in case, most would not think streaking through town was a good idea when they were completely sober.

So while the effects of alcohol may ease your inhibitions and make you relax, it is very dangerous to rely on this. Not only is there a fine line between feeling confident and making poor decisions, but using alcohol to get you through tough situations is a great way to put yourself at risk for alcoholism.

4. Having a drink will boost your mood.

As we just discussed, alcohol floods your brain with dopamine – the ‘feel good’ hormone. So it seems obvious then that the effects of drinking alcohol on a bad day would be a boosted mood. And because it lowers your inhibitions and makes you care a little less about whatever it was that caused your bad day – maybe it will for the first couple of times. However, alcohol is a depressant, and studies have shown that people who use alcohol more frequently report lower levels of happiness than their counterparts.

People who suffer from anxiety disorders, especially social anxiety, often use alcohol to self-medicate. A couple of drinks allows them to loosen up and feel comfortable in a social setting. However, as the alcohol wears off, the anxiety often comes back – and even stronger than before. In fact, someone who uses alcohol as a method of stress-relief will often find that the stress-relieving properties no longer occur as they build up a tolerance to the drug. The person will often begin drinking more and more alcohol in hopes of getting the desired effect – which puts them at a high risk of developing alcoholism.

The Dangerous Effects of Alcohol

Despite being legal in many parts of the world, alcohol was recently named the most dangerous drug – above heroin and cocaine. There are more than 3 million deaths worldwide attributed to the use of alcohol. On top of that, relying on the effects of alcohol for anything, be it a good night’s sleep or to relieve social anxiety is dangerous and puts you at serious risk of developing an addiction to alcohol (alcoholism).

If you or someone you know has a problem with alcohol, it is important to seek help as soon as possible. The sooner that addiction or problem drinking is treated, the better the chances are of a successful recovery.

The Cabin Chiang Mai is a residential rehab facility that uses a unique and incredibly effective treatment programme which boasts a 95% completion rate. Known globally for being at the forefront of addiction treatment, The Cabin is a great place to begin your journey to a happy and fulfilling life, free of addiction. Contact us today for a no-obligations, no-cost assessment.