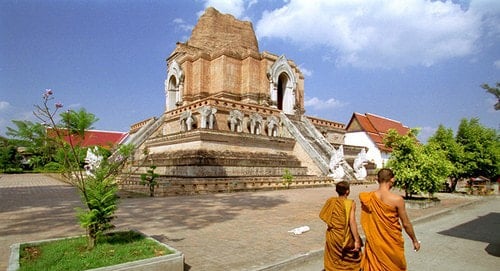 All throughout Thai society, people are feeling the effects of an intense form of speed known as Yaba. Yaba which literally means “crazy drug” in Thai was outlawed by the government in 1970. Today, Yaba is one of the most abused drugs in Southeast Asia.

Yaba, also known as “Hitler’s drug”, is a mixture of methamphetamines and caffeine. Taking yaba produces intense feelings of euphoria and high levels of energy in the user. Despite its well known harmful effects, Yaba is one of the most popular drugs in Thailand. In fact today, Yaba has created one of the largest youth drug problems in the region.

Where does Yaba come from?

Drug production has been going on in Asia for hundreds of years, beginning with the opium trade. During the 1990’s, improvements in border relations and transportation in Southeast Asia, gave way to an increase in drug trafficking and what ultimately led to the start of an amphetamine epidemic.

Illegal drugs move easily between countries such as Burma, China, Thailand and Laos. Much blame for this epidemic has been pointed at the Burmese government who signed ceasefire agreements with militant ethnic minority groups and as part of the concessions, allowed them to produce amphetamines.

There are literally hundreds of amphetamine laboratories located in Burma along the borders of Thailand and China. This “legalized” drug trafficking has made Burma the world’s main producer of yaba. The yaba traffickers in Burma are considered some of the largest and most armed trafficking groups in the world.

This ease of access has fueled yaba addiction throughout Southeast Asia and especially in Thailand. Yaba tablets, ranging from 250-400 bhat (6-12USD) are one of the cheapest drugs available on the streets. The fact that the drug is both cheap and readily available has produced a yaba epidemic that is affecting individuals of all socio-economic classes.

The effects of Yaba addiction can be felt by all sectors of society ranging from high powered business executives to construction workers, teenagers and even Buddhist monks. Yaba is available in on the streets, in night clubs and even in high schools. From the slums of Bangkok to the rich neighborhoods of Puhket, yaba is terrorizing Thai society.

Yaba addiction is one of the fastest growing drug epidemics in the world. It is estimated that there are over 30 million users in Southeast Asia alone. Yaba is the same drug known as “Shabu” in Japan and Indonesia, “Bingdu” in China and “Batu” in the Philippines.

The yaba crisis is creating a society of addicts that will have detrimental and long term effects on Thailand. Higher crime rates, a rise in violence, and an increase in HIV infection rates are just some of the repercussions already felt by the widespread abuse of this vicious drug. Without treatment, yaba users are likely to experience extreme psychosis and ultimately harm themselves or others.

It is well-known that drug counseling facilities in Thailand are few and far between. The underlying theme in much of Asia is that recovering from drug addiction boils down to an individual’s willpower to overcome their addiction on their own. Many of the government run drug programs in Asia are understaffed and filled to capacity. These centers are run more like boot camps or prisons then rehab centers.

The fact of the matter is that yaba addiction creates severe physical and psychological problems in the user that need to be addressed by addiction professionals in order to ensure a healthy recovery. Rehab centers such as The Cabin Chiang Mai, provide a safe and secure bridge from addiction to sobriety. 12 step programs are some of the most powerful sources for establishing long term recovery.

The battle against drug addiction is something no one should have to face alone. With the establishment of world-class centers such as The Cabin Chiang Mai, that approach addiction from a place of compassion and support, individuals suffering from an addiction to yaba can overcome this harmful disease.

If you or someone you know is suffering from an addiction to yaba, contact our rehab center today at +66 818295250 or at [email protected]. Help can be found at The Cabin Chiang Mai.