The First Institutions To Help Alcoholics Began over 200 Years Ago 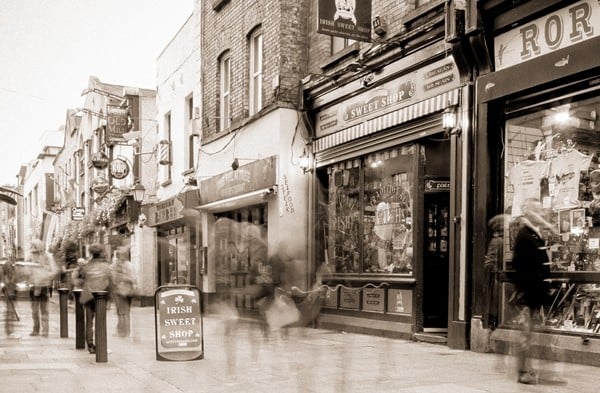 Many of us think of rehab for addicts as a newer trend in our society, when in actuality support for alcoholism has been around for quite awhile in American history. From the 1750’s to the 1800’s, alcoholic mutual aid societies, or what we would now call sobriety circles were formed within various Native American tribes.

In 1774, Anthony Benezet’s Mighty Destroyer Displayed is the earliest American essay written on alcoholism. In 1784 Dr. Benjamin Rush’s Inquiry IntoThe Effects of Ardent Spirits on the Human Mind and Body analyses the effects of chronic alcoholism and is one of the first studies to label alcoholism as a disease which should be treated by a physician. Rush’s essay is partly responsible for the beginning of the American temperance movement. In 1840, The Washington Societywas created to help chronic drinkers. The first bonafide ‘Home For The Fallen’ opened in Boston in 1857,and started the movement of inebriate homes and The Godwin Association.New York State Inebriate Asylumopened in 1864, and was the first place to offer treatment for alcoholism as well as opium, morphine, cocaine, chloral, ether, ad chloroform addictions; whileThe Martha Washington Home in Chicago was the first institution to open up in America for female alcoholics.

In 1879, Dr. Leslie Keeley proclaimed that “Drunkenness is a disease and I can cure it.” He opened more than 100 Keeley institutes, which initiated the beginning of private, for-profit treatment centres in America. His cure became known as the Keeley Cure, which was also known as the Bi-Chloride of Gold Cure. It involved four daily injections for a set period of time. The formula was kept secret but was designed to rid the body of toxins which Keeley believed was what caused alcoholism. Supposedly, it was a mixture of strychnine, gold, and sodium chloride. A tonic was also taken along with it which had cinchona, glycerin, and atropine, along with the ingredients of the injection. Although it did nothing other than provide a placebo effect, Keeley became rich from it.

Sigmund Freud advocated using cocaine to treat alcoholism along with many other physicians who used it, marijuana, and opium or morphine as regular treatments for alcoholism and many other illnesses. Other methods used by physicians included a syrup of ipecac or other drugs to induce vomiting after an inebriate consumed alcohol. Shock therapy was used in the late 19th and early 20th centuries. The infamous Swedish Treatment forceda patient to imbibe large quantities of whiskey; and his meals, snacks,clothes and bed sheets were also saturated with whiskey as well. The method was supposed to induce an absolute revulsion to alcohol and an intense longing for pure and clean water. When all else failed, insane asylums were used for the incurables and alcoholics were left with unwantedsocieties. One last unusual method that was tried in 1936 was the frontal lobotomy, which was performed as a cure for alcoholism by Dr. Walter Freeman and Dr. James Watts. The treatment was a failure, and according to William White, who wrote the book Slaying The Dragon, a patient immediately went into a bar after the surgery and began drinking until the doctors located him, completely inebriated.

Signs that You May be a High-Functioning Alcoholic