Hong Kong residents and addiction treatment professionals alike, are concerned about a lack of drug education among young women. More specifically, they don’t feel that Hong Kong’s youth are being completely enlightened as to what kinds of negative health effects can be suffered due to the use of illegal drugs and potentially dangerous substances. 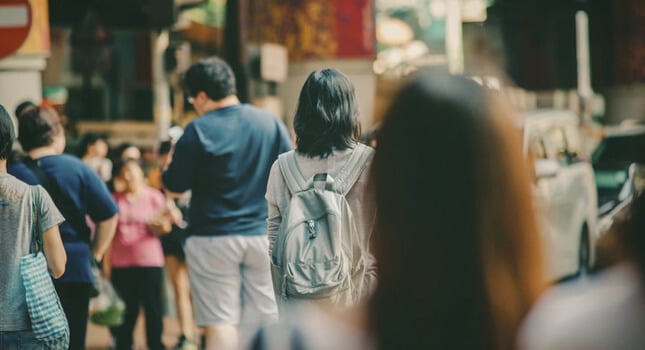 Today, drugs are easier than ever to access, and effective policing has become extremely challenging. As such, education becomes a key factor in dealing with the rising number of female drug addicts and users. If young women have access to information and help, as well as early intervention, they’ll hopefully be far less likely to use and develop addictions to drugs.

Did the Illegal Drug Problem Start at Home?

Drug rehab centres for women ages 14 to 24 have discovered something very troubling. They are reporting that drug abuse in women may initially perpetuate because, in some Asian communities, teens were given stimulants by their parents.

Why is this? Apparently, passing entrance exams as a high school senior was so important that parents felt their children would stand a better chance with the help of stimulants.

But it’s not all on the parents – women’s drug treatment centres state that 2017 statistics are pointing to three basic reasons why young people abuse drugs:

It’s important to understand why Hong Kong’s young women and men are accessing drugs in the first place. And as a society, we must assist them in building up more resilience.

Why Parents’ Early Intervention is Key

The key to breaking the cycle of drug abuse in today’s youth lies in educating parents about drug addiction (as well as students) through early intervention. Parents need to know the effects of all of the drugs on the current market. Unfortunately, many parents simply aren’t aware of the fact that there’s even a drug problem, much less which drugs are involved.

If you have young loved ones in your life, it’s crucial to be aware of how to support a young person struggling with drug abuse, which drugs are most commonly abused today, how and why they’re accessible and the reasons why young people turn to drugs. Teachers and parents play major roles in the lives of children and young adults. By educating parents, teachers, counsellors and other caretakers, we can stop drug abuse before it starts.

Reasons for Drug Abuse Under 21

Let’s break down some of the data around teen and young adult drug abuse:

Among today’s youth, the drug of choice seems to be ‘ice’, or crystal meth. For women under 21, the use of meth is disturbingly prevalent. Meth is also popular in some poor districts of Hong Kong and for new drug users. 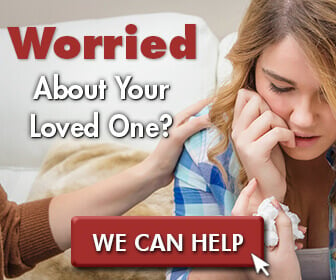 Crystal meth is an exceptionally popular drug of choice, but it’s certainly not the only drug of choice. Years ago, opiates were the go-to drug among Hong Kong users. But today, party drugs and synthetics are everywhere and frighteningly easy to procure. Ecstasy, mephedrone and gamma-butyrolactone (or GBL) are just a few of these.

As an example, between 2015 and 2016, GBL border seizures rose 157 percent. GBL, for those not familiar, is GHB (gamma hydroxybutyric acid) -derived. GHB was an extremely popular depressant among the Hong Kong party crowd in the early 2000s.

In today’s rave scenes, GBL has fallen slightly out of favour as a recreational drug. But unfortunately, its use as a date rape drug, it is still disturbingly prevalent. What’s even worse is that it can produce highly unpredictable effects when combined with stimulants like cocaine, or other depressants such as alcohol.

Today’s Drugs and Their Long-Term Effects

All narcotic substances carry different risks and long-term health effects. For example, psychotic breaks can be provoked by heavy cannabis use – a growing concern as today’s strains of marijuana are commonly over three times stronger than the marijuana of the 70s, on which most marijuana-related research is based. Modern-day cannabis has the capacity to significantly impact brain function. And users are still at risk for long-term mental health effects long after they stop smoking.

The Younger it Starts, The Worse it Gets

Those who start using drugs during adolescence run much higher psychological health risks, and drug treatment centres are currently seeing a major influx of mental health disorders. Drug use severely impacts young people’s brain development – they’ll be more seriously affected if they start abusing addictive substances early on. In fact, human brains don’t stop developing until we reach our mid-20s. The impacts of this extend far beyond individuals and families, as this is the age at which young people should be gearing themselves toward becoming productive, contributing members of society.

Ben Cheung, the chairman of ACAN (Action Committee Against Narcotics), has issued very stern and alarming warnings about ice use. Permanent brain damage, delirium and hallucinations are just some of the problems it can cause. Particularly during holidays and summer, publicity campaigns are centring around anti-drug messages and being used to target teens.

The need for education, referred to earlier, lies here through multi-organisation collaboration. Publicity programmes at popular youth venues and workplaces plan to implement preventative education that is suitable for young adults. These programmes will fight drug temptation by promoting positive attitudes and healthy lifestyles.

Crystal meth has even gained favour over ketamine. Back in 2014, ketamine was all the rage for drug abusers under 21. But as of early 2017, its use has dropped 9.1 percent. Even with the reported decline in methamphetamine use, it still continues to be the most abused psychotropic substance on the island.

Drugs in Hong Kong are Frighteningly Easy to Score

If drugs were harder to get, there would likely be less of a need for drug rehab for women and men at today’s frighteningly young age. Sadly, however, it is easier to get drugs today than it was just 10 or 20 years ago.

Gone are the days where people had to hit the streets and purchase drugs on deserted street corners and in dark alleyways. It’s as easy to buy drugs online as it is to order a hairdryer. Police are having difficulty keeping up with drugs that can be sold by taxi drivers or delivered by the local pizza guy.

Today’s youth don’t have to figure out where to find drugs anymore; drugs find them. Particularly for new users, searching the web isn’t even necessary. A friend of a friend will be more than happy to introduce Hong Kong’s teens and young adults to the latest, greatest recreational pharmaceutical or chemical concoction.

If we can help to create a more supportive, safer environment among peers, we’ll stand a better chance of stopping drug abuse before it starts.

Heading Off a Serious Problem

Though it hasn’t quite reached the level of some US drug problems, drug use in Hong Kong is widespread – and getting worse. America’s opioid epidemic should be a lesson to Hong Kong and other countries. Doing everything in our power to stop substance abuse by teenagers and adults, before it becomes an epidemic, is vital. For this very reason, support groups and centres that concentrate on drug treatment for women and men are devoting countless hours to the cause.

A growing number of clinics for men’s and women’s drug treatment have been set up by the government. An amazing job has been done, but resources are limited when it comes to communicating with young people who are simply curious or feel like experimenting. And, according to the addiction treatment community, Hong Kong needs more drug counsellors. In urgent need of attention, in particular, are ethnic minority groups and non-Chinese speaking people.

Though the picture seems dismal, it is not all doom and gloom. According to the narcotics division of Hong Kong’s government, in the first part of 2017, the total number of drug abusers has declined by 18 percent (this is compared to the same timeframe in the year prior).

But this doesn’t mean we’re off the hook yet – ACAN reported that the local methamphetamine abuse problem is still very much in need of attention.

To illustrate how drug abuse typically begins and escalates, here’s the story of one anonymous  17-year-old:

It all started when he was very young. This youth had a number of difficulties from an early age. Because he got caught smoking pot, he was kicked out of school when he was 14 years old. But that wasn’t his first taste of mind-altering substances: he had graduated to it from alcohol. Eventually he also turned to opiates like codeine cough syrup. Finally, his drug of choice became heroin.

He got very good at keeping secrets – right up until he couldn’t. Conflicts arose at home, his personality changed and his academic performance took a turn for the worse. His world was unravelling, and he was getting sicker and sicker. Something had to be done.

When intervention was attempted, he was extremely resistant. So much so, in fact, that he ran away from the treatment facility his family had enrolled him in. Sadly, he relapsed. But fortunately, he was able to get back into the treatment. And today, thanks to his youth, he has completed primary addiction treatment and is on the road to recovery.

Signs That Your Loved One is Abusing Drugs

Different drugs cause varying reactions in different people. but there are a number of common signs that may hint at drug abuse. Here are some to watch for:

Where to Seek Help for Drug Addiction

The Cabin Hong Kong is the first of its kind addiction treatment facility that deals with drug rehab, gambling addiction, alcohol addiction and more. We treat compulsive behaviours involving the Internet, sex, gambling and more. Our outpatient centre in Central Hong Kong delivers confidential, effective, world-renowned treatment in a convenient setting. If residential rehab is required, we also offer fast-track enrollment at our residential drug rehab centre in Thailand.

If you have any concerns about an addiction that you feel you may be suffering, or if a friend or loved one is going through a hard time with substance abuse, do not hesitate to seek treatment. Contact us today to get your questions answered by an advisor and receive a free, confidential assessment.

The Difference Between Enabling and Helping

Addiction to Drugs in South Africa