Drug Abuse and Addiction in India 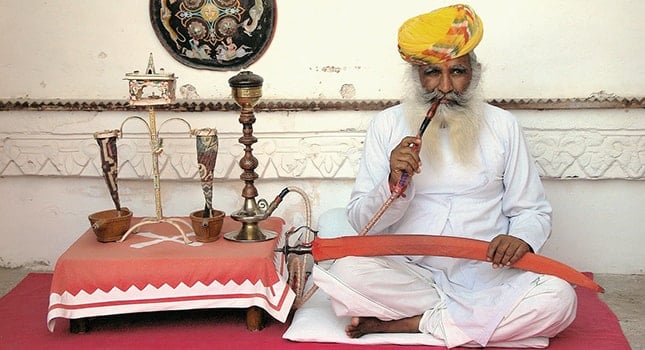 Drug abuse and addiction is on the rise throughout India. According to recent surveys, India has at least seventy million drug addicts. In India, the cultural values are slowly changing, the poorer class is suffering with economic hardship while at the same time there is a massive rise in the upper class, all of this combined with the dwindling support of family (due to increase work and western life) is leading to drug abuse and addiction.

Indian produced pharmaceuticals, heroin, and alcohol are amongst the most abused drugs. However, drugs like yaba, methamphetamine, ecstasy, cocaine, and crack are all becoming more abused on a daily basis throughout India.

Over the past two decades, India has seen a rise in industrialization and urbanization, which has caused large migrations to its cities. This is causing their traditional culture and way of life to slowly loosen; the individual Indians and their new way of life is causing them to be very vulnerable to the stresses and strains of the modern way of life. These stresses and strains may cause the person to turn to drugs to calm their thoughts and deal with everyday life.

Because India has seen such a rise in drug abuse and addiction, there is an increasing need for dealers and distributors to traffic the drugs. Many people in India are seeing this opportunity as a way to make fast and easy money. They not only risk the chance of getting caught by police and sentenced to a minimum of ten years in prison, but they are at risk for abusing or developing an addiction to the drugs. They are also at risk for becoming caught up in rivalry and drug related crimes.

By ninth grade, approximately half of Indian students have tried at least one type of drug. These youth begin to damage their physical and psychological health and their intellectual growth, especially when their curiosity turns into abuse. The youth that continue to abuse drugs will normally begin to use harder drugs and develop addictions to them. Some of them will join gangs or drug related organisations.

Most of the youth that get caught up with drugs normally do not continue education through college, and it is not uncommon for these people to end up on the streets. Most of the people who abuse or have an addiction to drugs in India are between the ages of 18 and 35. The majority of them are males, but there are a small percentage of women in India who abuse them; the number of women is slowly rising each year.

Since drug abuse and addiction in India has risen, the country has seen an increase in HIV, Tuberculosis, Hepatitis B and C, and other transmitted diseases. Injecting substances is becoming more popular amongst addicts, which is causing healthcare officials to become concerned about an even greater rise in these diseases.

The women and their children are facing problems as well. Many women who are married to drug abusers and addicts are subjected to domestic violence, infectious diseases, and financial problems. Eighty seven percent of users who were in a rehab center claimed that they were violent to their wife, children, and other family members while using. Most domestic violence comes as a result of the addict needed money to buy more drugs.

Rehab Outside of India

India is beginning to see a rise in rehab centers across the country. However, drug use is still considered taboo and a very sensitive matter. Oftentimes, families do not want to send their loved ones to a rehab in India, because of shame or even fear; fear that the government will find out about their loved one’s drug use.

Out of Familiar Environment

For families who are fine with sending their loved one to a rehab in India, there is still the problem of being in a similar environment. This does not mean that the abuser or addict should not go to a rehab.

The Cabin is Only a Few Hours Away

The Cabin Chiang Mai is only a few hours flight from major cities in India. Here the user will have the opportunity to get clean at a safe and private rehab and away from their normal environment.

Staying Sober During the Holiday Season