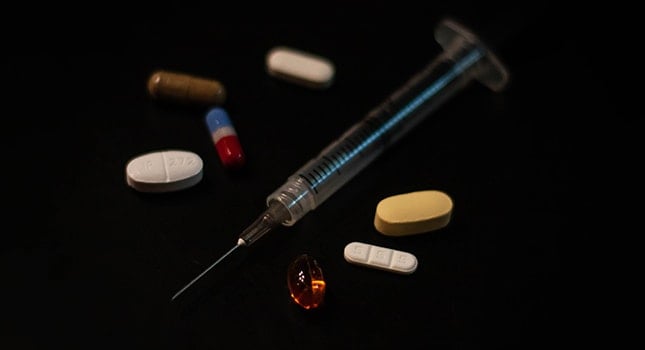 Today many drugs are being extremely abused, to the extent that not only are people developing addictions to them, but abuse is resulting in overdose, severe health problems, and even ending in death.

Drug abuse is becoming an increasingly common occurrence; it is likely that the reader of this article will know at least one person who abuses drugs. Because of this it is important to know what the most abused drugs are.

The top 10 most abused drugs are in a countdown order starting with the least abused.

The 10th Most Abused Drug: Inhalants

Various types of inhalants are found throughout most households. Products like cleaning solutions, gasoline, and air cans for computers are all heavily abused. Users inhale these products to get high, usually unaware of the harmful and even deadly effects.

The 9th Most Abused Drug: Steroids

Steroids are sometimes referred to as human growth hormones and most often used and abused by people who are hoping to improve or increase their performance and/or muscle mass. Heavy abuse of steroids can cause depression and violent behaviour.

The 8th Most Abused Drug: Heroin

Heroin was once considered the ultimate drug addiction, but now it ranks number eight in the list. This is an illegal and incredibly powerful drug that is found in nearly every part of the world. Withdrawal from heroin is said to be excruciating, which is why breaking the addiction is extremely difficult.

The 7th Most Abused Drug: Cocaine/Crack

Cocaine is made in South American countries and is highly addictive. Crack is made from Cocaine, the effects are similar, but crack is cheaper and is said to be more addicting. Crack is heavily abused in the United States. It has even become a problem in the UK; crack is an ever growing problem, whereas cocaine has been a problem in the UK for a long time.

The 6th Most Abused Drug: MDMA/Ecstasy

Candy coloured pills that are commonly found in clubs, parties, and raves are almost always ecstasy, a drug that is made from MDMA. Users take it to feel the euphoric like effects. This drug is easily available and abused throughout the world. The effects of heavy abuse are detrimental to the user. Even with short term abuse the person can feel permanently depressed; because of a lack of serotonin, a chemical found in the brain.

The 5th Most Abused Drug: Methamphetamine

This is a highly powerful and very illegal drug that can be considered an epidemic in parts of the United States, and is an increasing concern in other countries around the world. Methamphetamine is most likely the most abused stimulant and is often used to suppress appetite, increase energy and alertness, and for the euphoric effects. Many addicts claim they became addicted to the drug after only one or two times of use.

The 4th Most Abused Drug: Over the Counter Medications

The 3rd Most Abused Drug: Prescription

The 2nd Most Abused Drug: Alcohol

Just because it is legal does not mean it is not harmful and that it is not abused. Alcohol abuse is related to not only addiction but also to traffic fatalities, violence, cirrhosis, liver failure, permanent brain damage, and many deaths throughout the world each year. Research is now showing that women are affected worse by alcohol than men. Alcohol abuse and addiction is serious, but because it is legal, oftentimes in many countries it is not looked at as being harmful and abuse is common.

The Most Abused Drug: Tobacco/Nicotine

Tobacco/nicotine is the most abused drugs in the world. According to recent statistics carried out by the World Health Organisation, about 15 billion cigarettes are sold on a daily basis. By 2030, if trends continue as it is smoking will kill one in six people globally. Smokers are not the only ones affected by their abuse; research also shows that people who breathe in the smoke are also affected. Numerous cancers and diseases have been linked to smoking.

10 Side Effects of Prescription Drug Abuse