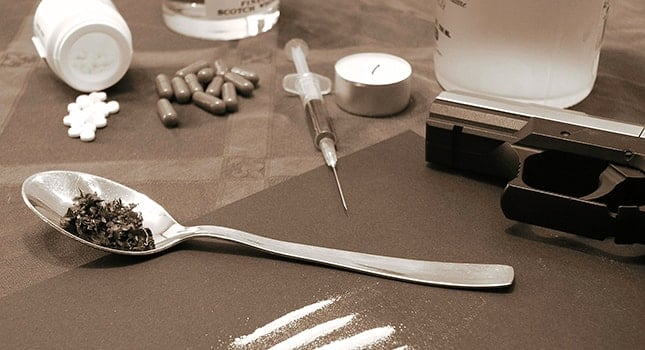 Substance addiction has a severe impact not only on the individual, but those closest to them, and society as a whole. In the United States alone, substance addictions cost the government over 200 billion USD each year. These costs can be attributed to crime, disease, accidents, domestic violence, abuse, job loss, and homelessness. It is said that substance use causes one in four deaths and results in numerous economic and social consequences.

A substance addiction deteriorates an individual’s physical and mental well being. Many times, an individual will lose their job and their family, resulting in sustaining support from society.

Families of those caught in the downward spiral of addiction go through a lot. Oftentimes, they are subjected to domestic violence, abuse, and financial struggles. Children in this type of environment are at risk for begin removed from the home and placed into state custody. The cost of putting children into state custody is approximately 1 billion USD each year.

Around 80% of prisoners incarcerated since 1985 are there because of a drug related offence. This is causing the prisons in the United States to be overpopulated. Inside the prison, 70% of inmates are involved in regular substance abuse.

A large amount of crime can be attributed to substance addictions. This is because many addicts are trying to obtain money to purchase their substance of choice. When a purchase goes wrong they will need more money and violence normally occurs during these situations. Half of all the individuals arrested for a serious crime, such as, murder, robbery, and assault, were under the influence of an addictive, and usually illegal, substance. Society then must pick up the cost for the law enforcement, court, and incarceration.

Many substance offenders are on probation or parole. Others are involved in a specialized justice program, social work, or vocational rehabilitation. These are all necessary to re-integrate individuals back into society; however, unless private, all of these programs are covered by society.

It is well known that truck drivers, public transportation drivers, and even medical personnel have substance addictions. There have been several accidents that are the fault of a driver who was under the influence at the time of incident. This not only causes injuries and fatalities, but also huge damage costs. Many doctors that are accused of malpractice also have a substance addiction.

The environmental impact of substances is mainly the result of outdoor marijuana cultivation and methamphetamine production. The chemicals that are used to produce meth are flammable and hazardous. Many times, these chemicals are stored improperly, causing fire and explosions at labs.

The process used to make meth creates between 5 and 7 pounds of waste per pound of meth; this waste is typically discarded into streams, forests, and the sewers. It costs approximately 3,500-5,000 USD to clean up one meth lab or dumpsite. In 2009, 232 sites were cleaned up in California alone.

Outdoor marijuana cultivation, especially on public land, is another environmental impact that is causing concern. Cultivators often dam streams and redirect the water through plastic, gravity fed irrigation systems in order to water the plants. Because there I a high demand for this water, streams become strained and the vegetation that is dependent upon it becomes damaged. Additionally, more dumpsites are being discovered with highly toxic insecticides, repellants, and poisons that are being produced in Mexico. These products, usually illegal to use in the US, are being smuggled in through Mexico because they are cheaper. They are contaminating the ground water and watersheds, as well as killing local wildlife. Overtime, these dangerous products enter the public drinking supply.

While these statistics are from the United States, it is safe to assume that countries throughout the world have similar impacts of society due to substance addictions.

Education Can and Will Help

While it is most likely too late to take these illegal substances completely out of the picture, responsible individuals can take the time to educate themselves and others about harmful, addictive substances. Education on the impacts that these substance have on the addict and society as a whole should be taught and understood.

What’s The Problem: Why Drugs or Alcohol Become the Solution?