’Shatter’ Drug: What Is It and What Does It Do?

‘Shatter Drug’ is hitting the streets of North America – and the results are not pretty!

There is a new drug hitting the streets of North America, and it has many worried about the potential dangerous consequences. Shatter, honey oil, butane hash oil (BHO), wax, budder, and dabs are all street names for a relatively new marijuana concentrate.

Currently, reliable shatter drug information is severely lacking, yet a quick internet search will produce an alarming number of amateur posts on how to produce it. Equally frightening is that the internet is littered with information from drug users, rather than addiction specialists and researchers, about the effects of shatter drug usage.

In the US, where many states have legalised marijuana for medicinal use and a few for recreational use, shatter drug usage is on the rise despite controversy over its safety and classification. Its popularity has since spread to Canada and surely will soon be making world-wide headlines. But what is it and why is it gaining popularity?

What is ‘Shatter’ Drug?

Some are calling shatter the “crack of marijuana” and while this metaphor may or may not be accurate, Canadian police have recently voiced valid concerns about its presence on the streets and in schools. Victor Kwong of the Toronto police states, “The specific dangers with shatter is that a natural plant is mixed with chemical. This provides a health concern. But the bigger danger is the manufacturing process which can be explosive. It not only endangers the manufacturer, but their neighbours as well.”

Shatter drug is otherwise known as BHO, and is a hash oil concentrate made by using the solvent butane to extract resin with high concentrations of THC from the marijuana plant. Shatter specifically refers to an end product that looks like a sheet of toffee or maple syrup candy. Other forms are consistencies similar to honey or wax — hence the street names honey oil and budder.

The drug is used by taking a small amount of the extract — shatter, budder or BHO — and “dabbing” it on a heated surface and then inhaling the smoke. Shatter drug paraphernalia is more reminiscent of crack pipes than anything else, but it can also be smoked through vaporiser pens or added to edible marijuana products.

In the drug world, it seems that any time nature is messed with by man — in the way that the coca plant and poppy have been altered to create cocaine and heroin — the results are dangerous, addictive, and cause more harm than good. People are comparing shatter to marijuana as cocaine to coca — suggesting that the former is much more dangerous.

At its core, shatter is concentrated marijuana that is extracted through a chemical process. This means that it contains the same psychoactive properties of marijuana in the form of THC.

Shatter is more potent than marijuana in its traditional form, however, containing upwards of 60% THC compared to approximately 20% in marijuana. Shatter drug users get higher faster, and the effects of shatter have been described as much more intense and intoxicating — with more intense negative effects such as drug induced psychosis, anxiety and paranoia common as well.

Although shatter production is still mostly illegal even where medical marijuana is legalised, the community is split over whether shatter is good or bad for the industry and patients. Some say that shatter and other hash oil concentrates are superior to marijuana in their ability to reduce pain and help with other disorders. However, others argue that impurities leftover from production and the bad name that BHO is getting due to careless at home production efforts leading to explosions and fires negate any potential positive benefits of having a more concentrated dose of THC.

The fact is, both shatter and marijuana can cause serious negative effects for the user, and should not be taken lightly.

Probably the most frightening danger associated with shatter is its production. While the process is not innately complex, the butane used to extract THC resin from the plant is highly flammable. There has been an increase in explosions and house fires across the United States due to ill-informed people trying to make the drug at home. This has caused serious injuries and deaths and sparked media attention to the drug’s dangers.

With unregulated production, shatter also often ends up containing harmful trace chemicals from the process. While most claim that a purification process is used to get rid of any remaining butane, there is no sure-fire way to know how much of the toxic gas is actually leftover. This leaves you with a drug that is more toxic than its plant-based counterpart.

Dangers of Shatter Drug Use

According to one headline, the production of shatter means that it is possible to overdose on marijuana. While an overdose is not typically deadly, the potency of shatter can cause users to pass out, enter temporary drug induced psychosis, cause panic attacks, and create an uncomfortable high. Even pro-pot advocates are concerned about the increase in 911 calls at cannabis events — stating that such overdoses never happened until more potent concentrates such as shatter became popular. And, with more intense highs, comes quicker tolerance and the need to do more and more of the drug – which easily leads to dependence.

Marijuana is addictive. And it seems that shatter’s potential for addiction is even higher than that of smoking marijuana. Signs that an individual is forming a drug addiction to cannabis in the form of shatter include:

If you or someone you know is abusing shatter or any other marijuana product, help is available. The Cabin Chiang Mai’s addiction treatment centre treats all process and substance addictions including marijuana addiction. 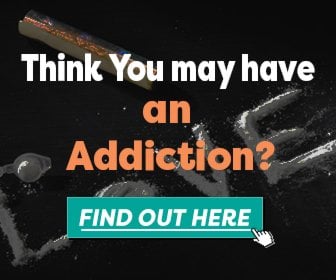 The Difference Between Enabling and Helping

Addiction to Drugs in South Africa