Fortnite addiction has been in the headlines since the game was launched in 2017 and over 125 million people are now playing. But what is Fortnite, why is it so addictive and who is affected? The Cabin Chiang Mai takes a closer look at gaming addiction and offers advice to those affected. 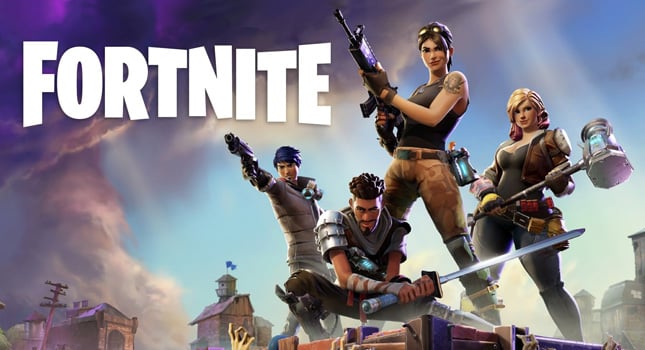 Since it was launched by Epic Games in 2017, Fortnite has amassed a staggering 125+ million players around the world. The controversial game has been in the headlines ever since – often for all the wrong reasons. From the start, Fortnite was designed to be highly addictive and Epic Games employs predatory gambling techniques to encourage players to buy various boosts and power-ups. Although supposedly for those over 12 years of age, the game targets every age group and those diagnosed with Fortnite addiction or gaming disorder range from teenagers to married couples, elderly people and young children.

What is Fortnite Addiction and Why is it a Problem?

Firstly, you should be aware that there are two versions of Fortnite – the Fortnite: Save the World solo version and the multiplayer version, Fortnite Battle Royale. Battle Royale pits up to 100 players against each other; it’s the version that is most addictive and the one most likely to be the obsession of your child, partner or friend. If you are concerned about gaming addiction with regards to someone dear to you, do contact The Cabin Chiang Mai for confidential advice and assistance. 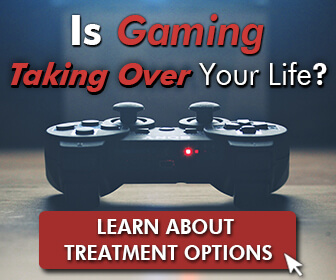 A classic shooter game with marked similarities to Hunger Games, Fortnite players are air-dropped to an island with no weapons. The first goal is to find ‘houses’ where they can equip themselves with weapons. Unlike similar games, you are not ‘reborn’ when you are killed. Staying alive is your sole objective and the winner is the last player left when all the others have been killed. Although the game itself is free, players are enticed to buy ‘battle passes‘ and various power-ups that promise greater rewards.

The game’s objective, to win over all others, is unachievable for most players but it is invariably this ‘unattainable goal’ scenario that drives them to keep trying. Additionally, as players become more isolated from those around them, they forge strong links within the gaming community. Many of those in the throes of gaming addiction feel that other players are their only real friends. In younger players, this trait is more marked and it is compounded by the feelings of frustration they experience when parents or carers fail to understand the achievements they have made in the game.

How much of an issue is gaming addiction?

In 2018, the World Health Organisation classified gaming addiction under the International Classification of Diseases (ICD-110) in a move that was driven by games like Fortnite. Although boys in their teens to twenties are most likely to become addicted to multi-player shooter games, Fortnite with its combination of cute cartoon-like characters and insidious predatory gambling techniques attracts men, women and children of all ages. If you have concerns about Fortnite addiction, do seek professional help; The Cabin Chiang Mai can offer practical advice at any time.

Who is Affected by Fortnite Addiction?

Gaming addiction is a very real issue thanks to its repetitive, habit forming nature. No respecter of age or background, Fortnite addiction can strike anywhere. And, it’s not just the player who is affected. Partners, families and friends are all drawn into its beguiling web as players lie and steal to feed their habit. In the UK, a 9-year-old girl wet herself while playing Fortnite and then attacked her parents when they tried to intervene. A teenage boy in north London was absent from school for a year as he spent hundreds of hours playing Fortnite. In September 2018, a UK-based online divorce website revealed that Fortnite had been cited in 5% of the divorce cases it had dealt with since January.

In what is a worrying piece of news for some, Epic Games recently announced that the first Fortnite World Cup with prize money totalling $100 million will take place in 2019.

How can you tell if someone is addicted to Fortnite?

Gaming addicts tend to exhibit certain behavioural patterns. For example, you may notice that your child, friend or partner seems to play Fortnite for very extended periods and at every opportunity. Perhaps you have noticed money missing from shared bank accounts, or realised that a previously good student was falling behind. Gaming addiction can affect every aspect of a player’s life including education, socialising, work and family. Gaming behaviour can be continuous, recurrent or episodic and, although it often becomes more noticeable over a period of months, some players become hooked very quickly.

Get Help with Fortnite Addiction

While Fortnite addiction is worrying, its life-changing effects can be addressed and treated through therapy, rehabilitation and aftercare. The Cabin Chiang Mai treats all types of addiction including process addictions like sex addiction, food addiction and gambling addiction in an idyllic setting in Northern Thailand. The peaceful location and scenic countryside provide the ideal escape from the many triggers associated with gaming addiction. Our dedicated team of highly qualified medical professionals, holistic therapists and psychologists take a personalised approach. Rehabilitation treatment addresses all aspects of Fortnite addiction through a programme that combines Cognitive Behavioural Therapy (CBT) and a non-religious 12 step programme with mindfulness meditation and individually tailored physical therapy.

As young men between the ages of 16 and 26 are among those most likely to succumb to Fortnite addiction, we also offer a unique gaming addiction treatment programme specifically for young men at The Edge. If your son has a gaming addiction or can’t seem to stop playing Fortnite, contact The Edge for more details on how to move forward in the best possible way.