Is Addiction Really a Disease? 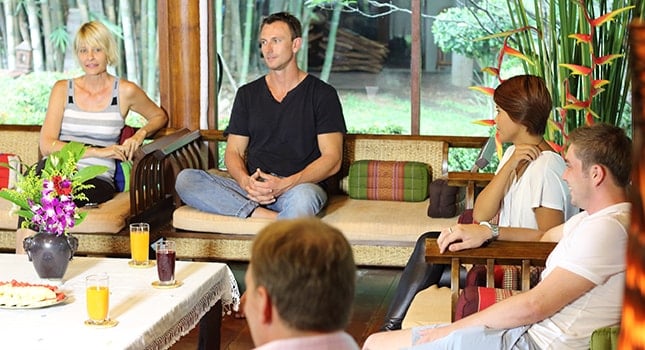 Addiction was first classified as a treatable illness by the American Medical Association (AMA) in 1956, yet some people still choose to believe that addiction is simply a few poor decisions on part of an individual who lacks ‘will power’.

This is not the case, however, and as medical research becomes more involved, doctors and researchers are able to learn more and more about the disease of addiction. According to the National Institutes of Health, advances in brain imaging science make it possible to see inside the brain of an addicted person and pinpoint the parts of the brain affected by drugs of abuse — providing knowledge that will enable the development of new approaches to prevention and treatment.

These brain images have been able to show that addiction is a brain disease which causes people to lose their ability to control their need for alcohol and drugs. One of the several factors here is the neurotransmitter, dopamine. Dopamine is largely responsible for the feelings of pleasure and also satiety. Humans are genetically engineered to crave things such as food and sex in order to survive on both an individual level and as a species. When people engage in such activities as eating and having sex, dopamine is released into the brain allowing the person to feel pleasure and then to feel satiated.

Drugs such as cocaine or methamphetamine can cause the nervous system to produce abnormally high levels of dopamine producing a euphoric feeling for the user. After that, eating and sex have lost their ‘feel good’ quality because these activities can not naturally produce the same levels of dopamine as the drug. With continued use of the drug, the brain adapts to the extra dopamine created artificially in the brain and begins making less dopamine itself. Therefore, any activity that used to bring pleasure now creates increasingly lower amounts of dopamine causing the user to rely more heavily on the drug for pleasure.

So why is it that not every person who tries drugs a couple of times gets addicted? Along with brain imaging, genetics have also been helpful in learning more about addiction. Researchers have found that people can be predisposed to alcohol and drug addiction due to their genetic makeup. While there isn’t one specific gene that is common in all addicts, there are several genes that appear to increase a person’s susceptibility, or insusceptibility, to addiction. For example, according to a study by the University of Utah, the A1 allele (genetic code) of the dopamine receptor gene DRD2 is more common in people addicted to alcohol or cocaine.

However, like many other diseases, addiction is not entirely genetic. Many researchers say that addiction is 50-60% genetic, leaving 40-50% for environmental and social influences. While this fact, to some, may lend its hand to those who believe that addiction is not an illness, take a look at heart disease. If a child is born from parents with chronic heart disease or cholesterol problems, that child is at a greater risk genetically for developing heart disease or high cholesterol in the future. If those parents are also feeding the child fast food, potato chips and candy all day until he leaves the house at 18, his chances of developing heart disease increase accordingly.

The same can be said for addiction. With a genetic makeup already inclined for addiction susceptibility, what would happen if that person was put in a household where alcohol or drugs flowed freely? While it may seem innocent enough for a parent to have a glass of wine ‘to unwind’ after a long day at the office, the child is already learning that alcohol is an answer to at least one of life’s problems. If drinking and drug use is accepted as ‘normal’ in the household or among friends, the child’s chances of developing an addiction also increase accordingly.

With the ongoing scientific and medical findings regarding addiction and its treatment, it is not possible to say that drug and alcohol addiction can be pinpointed to one specific gene or environmental factor. Instead, like many illnesses, it is a combination of genetics and environmental and social factors that cause the development of addiction in individuals. And – with this ongoing wealth of information being found on addiction, drug and alcohol addicts may finally be getting the type of help they truly need to recover.