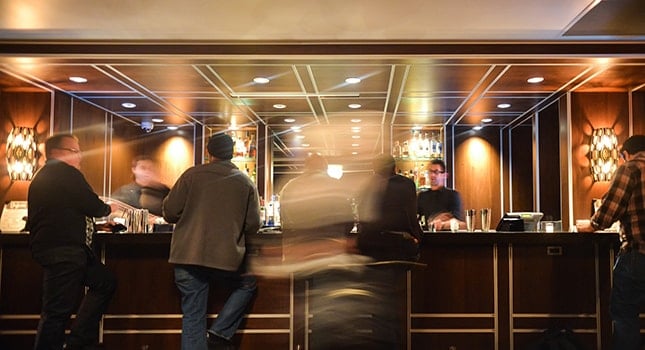 Alcoholism does not just happen overnight. The journey from the first stages to the final stage, addiction, will take time. Unfortunately, alcohol has become widely accepted throughout the world. This has caused many people to ignore the fact that they could be on the path to alcoholism. Those who do question whether or not they may have a problem, have a greater chance of quitting before it becomes out of control. It is important to become aware of the initial first signs of alcoholism; this not only helps the actual individual at risk, but also the concerned loved ones around them.

Most people are able to drink alcohol socially and never fall victim to alcohol abuse or addiction. However, there are millions of people throughout the world that do suffer from alcoholism. These people may have lost their jobs and families and face severe health problems. There is a fine line between abuse and addiction, people who abuse alcohol, but are not addicted may drink excessively, but will not show the typical traits of an alcoholic. Abusers of alcohol are normally able to hold a job and interact in social environments; they still have control over their lives. People with alcoholism are dependent; the alcohol controls them.

Listed below are the first signs of alcoholism. These are meant to help anyone who suspects that they might have an alcohol problem and also to help other concerned individuals.

Signs of the Beginning of Alcoholism

One of the first signs of alcoholism is when a person who enjoyed being social begins to withdrawal themselves from other people and is no longer a part of the social activity.

Another sign of alcoholism is when the individual turns to alcohol whenever they are feeling stressed out. They may believe that the alcohol helps them to see through the stress and overall, makes them feel better.

Any individual who drinks alcohol on a regular basis will develop a tolerance. The individual will need to consume larger amounts of alcohol in order to feel the desired effects. One can notice that an individual’s tolerance has increased when they do not appear to be drunk after consuming a large amount of alcohol.

Individuals who infrequently consume a large amount of alcohol will suffer from a hangover. These symptoms include but are not limited to headaches, fatigue, and dehydration. People who abuse or have an addiction to alcohol are less likely to suffer from a hangover. If and when they do have a hangover, it is because normally they consumed a larger amount than normal.

Those who exhibit the first signs of alcoholism will most likely not show any of the physical signs of an addiction. They will almost always be able to keep a job, maintain relationships, and keep up with any hobbies they may have.

Whether it is in the first stage of alcoholism or the later stages of alcoholism, denial will almost always be a factor. The individual being confronted about their problem may say things like: “I don’t have problem”, “I can stop when I want to”, “I need it to forget about the stress” etc.

Additional Signs of in the Beginning of Alcoholism

Alcoholism is serious and can lead to detrimental effects. Anyone who notices an individual who is exhibiting the first signs of alcoholism should think very carefully about what to do. It is important to offer caring concern, comfort, and support to the individual. Getting angry, threatening, or overly emotional will never help the situation. In fact, it could drive the individual to drink more.