Drug Use in Thailand 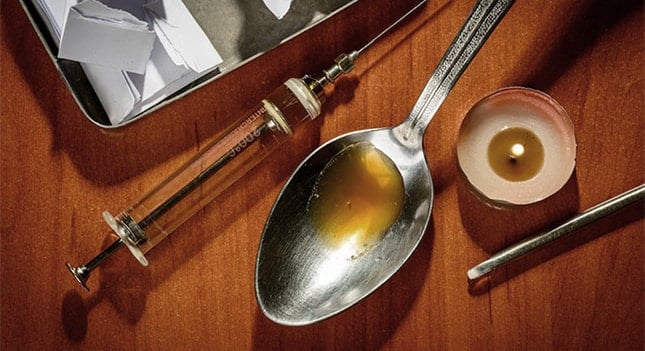 Drug use in Thailand is becoming an increasing problem. Heroin and opium are still popular drugs for users in Thailand, but they are being replaced by Yaba. Yaba is a combination of caffeine and methamphetamine, mainly manufactured in Burma.

Other drugs like ecstasy and cocaine are also becoming a serious concern in Thailand, but not as much as heroin and yaba. Thailand has strict laws against drug users, which include the use of the death penalty, but these laws do not stop the people from using drugs. Drug use in Thailand is not only affecting the lower class but all classes of society.

For centuries opium was and still is a problem in Thailand. In 1958, the government in an attempt to rid the problem decided to ban opium; this led to a rise in heroin use and about one year later, Thailand experienced its first heroin epidemic.

Heroin use slowed down, but in 1967 the second epidemic began. People in the north of Thailand still used opium, but in the rest of Thailand, injecting heroin was preferred. In 1993, estimates suggested that there were 1.27 million drug abusers.

Today, heroin and opium are both a problem still, but Yaba is overtaken these drugs as far as use goes, and it has become one of the main concerns for the government in Thailand.

Yaba means ‘crazy medicine’ in Thai. It comes in a pill form and the user melts it down and the vapors from the smoke are inhaled. This drug can also be injected, but is mainly smoked. It is a highly addictive drug, and young and old people alike are becoming addicted to it.

This drug is highly used throughout Thailand’s schools, and unfortunately many of these students are not aware of the harmful and addictive effects, until it is too late. Yaba abuse is so rampant among the younger Thais that schools are carrying out random urine tests on their students.

Thailand has released many ads trying to inform the Thai people about the dangers of this drug, but the rate of using is not slowing down. People claim to like the energy that it provides and the care free feeling that goes along with it.

Yaba is now not only a problem drug in Thailand, but is becoming a problem in surrounding countries, and last year it started becoming popular in Europe and the US.

A household survey conducted in 2007 showed that Yaba is the drug used by most Thais between the ages of 12 and 65. Heroin, inhalants, and ecstasy then follow. The survey estimated that there are at least 4,000 heroin addicts in Bangkok alone. Most of these addicts inject heroin. Fifteen percent of yaba users also injected the drug instead of smoking it.

In 2002, there were 215,209 drug related arrests, 70,000 of these were Thais convicted for yaba related offenses. Estimates suggest that at least 5% of the population in Thailand uses Yaba.

Sex workers in Thailand are known to use heroin and Yaba. As a result the workers are more likely to have unprotected sex. This will lead them to contracting not only HIV/AIDS or hepatitis, but also other sexually transmitted diseases.

Thailand has set up numerous government treatment and rehabilitation programs for drug users. Admissions at these centers increased dramatically over the past 20 years. Yaba is the most common drug of choice for those admitted, then heroin, and third is opium.

Government treatment centres have a high rate of readmissions from people who have relapsed immediately after completing their program. Many of these programs are overloaded and a general lack of knowledge amongst the staff. Many addicts refuse to get treatment at these centers due to a lack of privacy and the concern that the government will know.

The Cabin Chiang Mai is a private, affordable, luxury rehab center located in Chiang Mai, Thailand. The Cabin Chiang Mai treats all types of drug and alcohol addicts; including those suffering from a heroin and Yaba addiction. Everything is kept confidential and no one can request information on any patient.