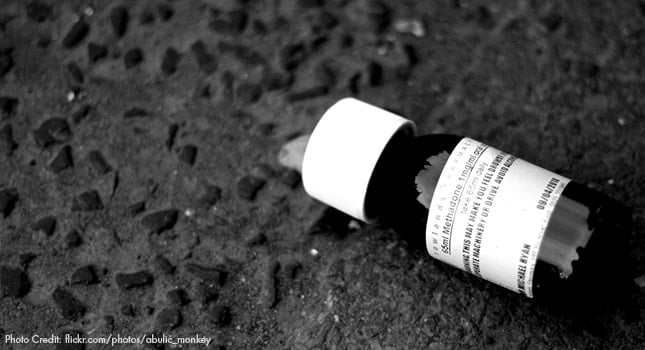 Methadone is a type of opioid and is given by doctors as a prescription medication. It is used to treat severe pain. It is also given to heroin addicts to help come off of the drug without experiencing the severe withdrawal symptoms. Methadone has been used for decades to treat people in pain, or who abuse or have an addiction to other drugs. In the last decade, methadone itself is becoming a serious problem as many people abuse it and are developing addictions to the drug.

Methadone Use for Pain

Methadone is a very strong opioid that is given to people who are in severe pain. However, in many countries, a doctor must have a special license to prescribe methadone. In other countries, this drug is given to people much easier and sometimes in a large quantity. This puts the person at a high risk to abuse it or accidentally developing an addiction to the drug.

Methadone Use for Heroin Addicts

Heroin causes an excess of dopamine to be released in the users brain. When a heroin addiction develops, the addict will feel a constant need for this drug and will put every bit of effort into maintaining their high. This can make it even harder to want to stop, or to even think about stopping.

When the addict decides to get treatment, they may be given methadone; because, it satisfies the brain’s need for an opiate, but does not give the person that euphoric like feeling that is associated with heroin. What this means is that the addict remains physically dependent on the opioid, but becomes free of the controlling, compulsive, and disruptive behaviour that heroin caused them to have.

Methadone also reduces the physical cravings that are associated with withdrawing. This drug can help to reduce withdrawal symptoms and can even help restore the addict’s body functions back to normal.

Methadone, the Substitution for Heroin

Methadone’s properties make it a very good candidate for helping people with a heroin addiction to quit, but many times, abuse of the drug occurs. This drug is oftentimes given to a person for a long period of time, possibly months and even years. A rehab will make sure to give the person the right amount of methadone without the risk of addiction. The rehab will then gradually lower the person’s dosage over a prolonged period of time. Doing so will leave little or no chance of a person abusing or becoming addicted to methadone.

People who leave rehab early or never get treatment at a rehab, but continue to take methadone instead of heroin, must be able to maintain the right dosage without building up a strong tolerance. The good news is that a doctor will have to give the person the prescription, but unfortunately if the person begins to abuse methadone, they may turn to the streets to get it.

People who use methadone for pain may begin to abuse the drug; because, they enjoy the feeling that it gives them or they have built up a tolerance to the drug.

There are also people who may have an addiction to another opiate or opioid; such as, OxyContin. If they are unable to get OxyContin, many times the user will opt for Methadone. Sometimes, a person who has a severe heroin addiction will take methadone with it to increase their high.

Whatever the reasons for the use and abuse of methadone are, many people are overdosing on the drug; this is because, many people don’t realize that there are no euphoric effects associated with the drug. Abusers may take it and believe that it is not working, so the user takes more and more, eventually the person will have an overdose.

Once a person develops an addiction to methadone, if they decide to quit, they will go through withdrawal. Withdrawal from methadone can be even worse than heroin, and can take more than 30 days. Many times a person with a methadone addiction wishes to quit, but they never do; to avoid dealing with the symptoms of withdrawal.

If you or someone you know abuses or has an addiction to methadone and wants to get treatment, contact The Cabin Chiang Mai today, we have experience in treating all drug addictions.

Xanax Use, Abuse, and Addiction