April 4, 2016Michael ShannonBlog
Both meth and the prescription medication Adderall are stimulants. Both can cause severe addictions with far reaching consequences — but how similar are they? We get to the bottom of the debate on Adderall vs. methamphetamines. 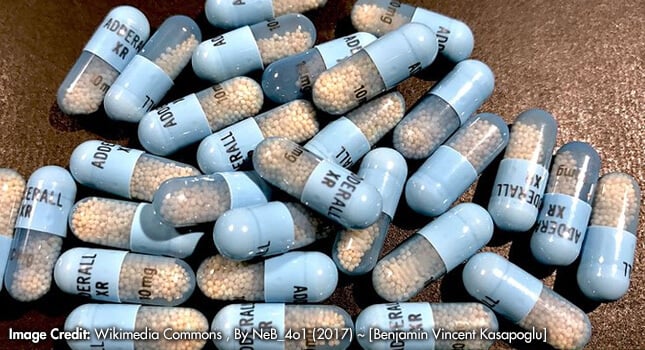 Over the past decade, headlines around the world have indicated epidemic proportions of meth addiction. In addition to media hype, the fact that meth addiction causes particularly damaging effects has led to methamphetamine becoming an infamous and feared drug. Along with meth addiction, another drug problem Australia and North America seem to be facing is prescription drug addiction. Most people are now well aware that OxyContin — a prescription opiate pain mediation — can be equally as devastating and addictive as its illegal counterpart heroin. However, the same understanding is not present when it comes to prescription and illegal stimulants. Dr. Carl Hart, an associate professor of psychology and psychiatry at Columbia University who specialises in substance abuse and addiction, recently compared the prescription drug Adderall, used to treat ADHD, with crystal meth — stating they are pretty much the same thing. And while there are some key differences between the two drugs, he was trying to make a point — that Adderall, which is an amphetamine, should be talked about more openly as the potentially dangerous and addictive drug that it is. Adderall addiction is a very real and barely touched upon topic.

Adderall vs. Methamphetamines: Similarities and Differences

Adderall is the brand name of a prescription drug that combines two stimulants, amphetamine and dextroamphetamine. The drug is used to treat attention deficit hyperactivity disorder (ADHD) and narcolepsy. It is listed as a Schedule II controlled substance because the powerful stimulant has a high potential for abuse which can lead to Adderall addiction. When taken exactly as prescribed by someone who has ADHD, Adderall can be helpful. However, the prescription of Adderall to adults who claim to have symptoms of ADHD as well as the non-medical use of Adderall has skyrocketed recently, as the drug has become well-known as a ‘study aid’ due to its ability to keep people awake and focused for long hours. The increase in Adderall abuse has led to more and more cases of Adderall addiction. A whopping 30% of prescribed Adderall is estimated to be diverted to illegal use. People wrongly believe that prescription medications are more or less harmless, when in fact prescription drugs can be more similar to illegal drugs than we would like to imagine. In Adderall’s case, it shares many similarities with methamphetamine, although the two drugs are not the same. On a molecular level, Adderall and methamphetamine are very closely related. Scientifically, amphetamines are known as methylated phenylethylamine. Methamphetamine is double methylated phenylethylamine. The double methyl group creates the primary difference between amphetamine and methamphetamine. Chemically speaking the difference is small, but the extra methyl group in methamphetamine makes a big difference in the drug’s effects by allowing it to cross the blood brain barrier faster — which makes the drug much more potent. In addition, meth contains a wide host of chemicals and is neurotoxic, which means it can cause more severe damage to the brain than Adderall. The fact that methamphetamine crosses the blood brain barrier faster also accounts for why meth addiction can occur more rapidly. Despite differences, the two drugs do produce similar effects, and both Adderall addiction and meth addiction are amongst the potential negative consequences of abusing these stimulants.

While Adderall can be dangerous and addictive it still has some medically sanctioned uses, but meth is an illegal drug abused solely for the purpose of achieving some sort of high. As previously noted, methamphetamine crosses the blood brain barrier rapidly which produces a quick and intense high that includes feelings of euphoria and invincibility, and increased energy and alertness. Negative side effects of methamphetamine are markedly similar to those of Adderall (see below), but are potentially more severe and include:

Adderall effects are eerily similar to those of its illegal counterpart meth. Even when taken as prescribed Adderall can cause a wide range of negative side effects. Taking more than the prescribed dose, chewing, snorting, or injecting the pill, and taking Adderall that is not prescribed to you all constitute Adderall abuse — which can lead to more serious side effects and increase the risk for developing Adderall addiction. When someone abuses Adderall it can create feelings of euphoria and increased alertness and energy — similar to the effects of other stimulants such as cocaine and methamphetamine. Adverse short term effects of Adderall include: Adverse long term effects: Like methamphetamine, Adderall is highly addictive both physically and psychologically. This means addicts may develop tolerance and Adderall withdrawal symptoms, as well as psychological symptoms of Adderall addiction such as compulsive drug seeking behaviour.

It is interesting to note that although Adderall and meth are in fact similar drugs, it is only methamphetamine that is routinely discussed as a dangerous and highly addictive drug (which it is), whereas prescription amphetamines such as Adderall rarely get the same negative attention despite that fact that they are also dangerous and have a high potential for addiction. This means many young people may be vulnerable to developing an addiction to Adderall and feel lost about where to get help. Both meth and Adderall addiction can be life threatening if not treated. These powerful drugs will eventually take over a person’s ability to function and compromise their physical and mental health. Stimulant addictions require comprehensive and holistic addiction treatment to overcome. While all addictions can be severe, meth addiction can cause exceptional mental and physical problems so long-term inpatient treatment may be necessary. Abusing prescription medications and illicit drugs is one of the first signs that an addiction is developing. No amount of drug use is harmless, so if you or someone you love is suffering consequences due to stimulant abuse or addiction contact an addiction specialist today for help. 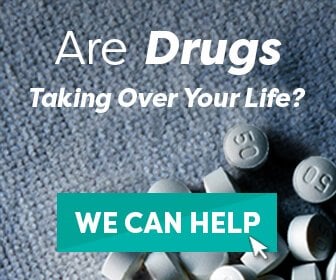