March 1, 2016Michael ShannonBlog
Was a drug overdose always in the cards for rapper DMX who has struggled with drug addiction most of his life? 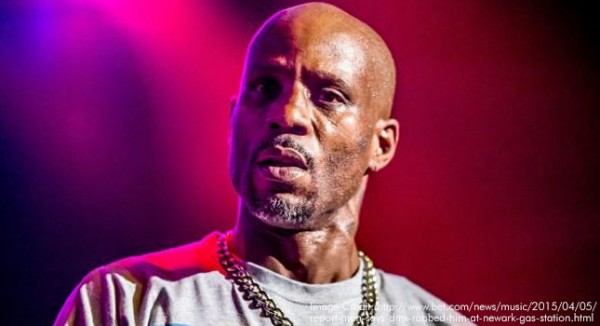 One of rap music’s most iconic rap stars almost died earlier this month from an apparent drug overdose. DMX, whose real name is Earl Simmons, collapsed outside a Ramada Inn in the city of Yonkers, New York at around 6:20pm on February 8, 2016. He had apparently stopped breathing and had no pulse when police and paramedics got to him. Four on-the-scene cops attempted to give the 45-year-old rap star CPR before a medic injected him with Narcan, an anti-opioid medication that can reverse the effects of a heroin/opioid drug overdose. The injection thankfully helped him regain semi-consciousness and he was rushed to the hospital for further treatment. An acquaintance of the rapper who was at the scene that night told authorities that Simmons had taken a powdered drug before collapsing. Later, a rep for the rapper claimed it was just a severe asthma attack but — another source who was apparently familiar with the situation stated, “They’re trying to cover up by saying it was an asthma attack. Obviously they do not want to put out that this was an overdose.”

Unfortunately, a drug overdose does not sound unrealistic if the witness at the scene is correct about him taking a substance just before collapsing, and if his long history with drugs is to be considered any type of evidence. In an interview with American TV host Dr. Phil in 2013, Simmons told the host that he was introduced to drugs at the age of 8 when a family member gave him marijuana. At the age of 14 he told the host he smoked a joint that was laced with cocaine and “That’s when it started,” he said about his addiction and relationship with drugs. “It was something that drew me in, and trapped me, and just had a hold on me for a long, long time.” When asked about whether or not he used drugs at the time of the interview, Simmons told Dr. Phil that he does smoke marijuana and drink sometimes. Dr. Phil expressed concern that by continuing to use marijuana and alcohol, he could find it a slippery slope back to harder drugs and addiction once again, but Simmons was adamant that he had control over the situation.

1998 saw the release of one of the rapper’s famous songs, Slippin’ which talks quite openly about the struggles he was feeling regarding his drug abuse. The chorus, which repeats the line “Ay yo I’m slippin’ I’m fallin’ I cannot get up”, shows the hopelessness that so often follows those affected by alcohol or drug addiction. The rest of the song talks about his drugs of choice (marijuana, cocaine, alcohol) and how he eventually hit rock bottom — knowing that his substance abuse had to stop. However, the interview with Dr. Phil in which he said that he was not using cocaine or other hard drugs but he was still drinking alcohol and smoking marijuana — was 5 years after the song was released.

The Dangers of Drinking Alcohol in Recovery from Drug Addiction

Most addiction treatment programmes promote abstinence from all substances, not just the one substance associated with the addiction — meaning that someone who lived through a drug overdose on heroin, then went to drug rehab and is living a life free of drugs should not start drinking. And while in some rare cases it may be possible for a heroin addict in recovery to sip wine with his friends when out to dinner and not slip into drug or alcohol addiction — that is typically not the case and here is why:

How many times have you heard a ‘non-smoker’ say “I only smoke when I drink”? As alcohol lowers a person’s inhibitions they are more likely to make decisions that they would not normally make — such as having a cigarette or thinking “just one hit will not hurt”.

The American National Institute on Drug Addiction (NIDA) explains that “within the disease model of addiction, a genetic predisposition is believed to be present and an environmental event is also felt likely to be required”. Which means that because alcohol and drugs affect the brain in much the same way, those that are genetically predisposed to addiction frequently fall back on a substitute addiction  or cross-addiction where they literally substitute one drug for another. Thus, if they do not go back to using heroin, the chance of developing an addiction to alcohol is quite high.

Is Alcohol or Marijuana to Blame for DMX’s Drug Overdose?

Because the famous rapper felt that he could continue drinking alcohol and smoking marijuana, there is a good chance that his drug overdose was in part caused by alcohol and/or marijuana. It is still somewhat unclear what drugs the rapper took because there were no drugs found at the scene, but medical workers were able to bring him back to consciousness with the anti-opioid medication Narcan which is a good signal that it was an overdose, not an asthma attack. Opioid drug overdoses can be caused by heroin of course, but also prescription pills such as OxyContin and Percocet which are causing an epidemic of drug overdoses in recent years across the U.S. and around the globe.

Getting addiction treatment as soon as there is a problem with substance abuse is incredibly important. The sooner an addict learns healthy coping skills to deal with addiction triggers, the higher the chances they have of living a life free of addiction, and of course, free of drug overdose. If you or someone you know are struggling with addiction to prescription pills, illicit drugs or alcohol, please be sure to give us a call for a free assessment. The sooner you get help, the sooner you will be on your way to leading a healthy and successful life free of addiction.

Lorazepam Use, Abuse, and Addiction

How Not To Stray From Your Alcohol Recovery During the Holidays

10 Side Effects of Prescription Drug Abuse