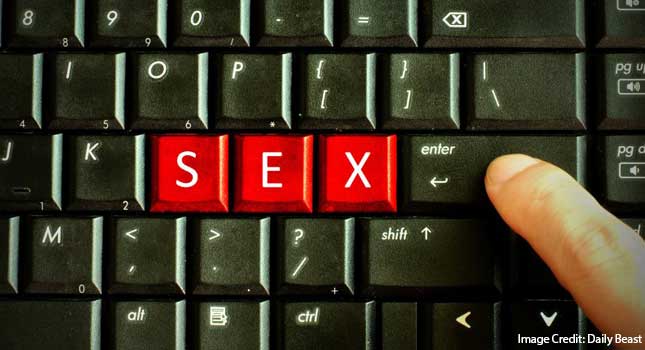 Young People Have Easier Access to Pornographic Material than Ever Before 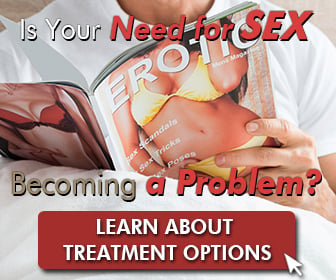 Other young people are crippled with shame and fear surrounding their internet sex addiction, which like drug and alcohol addictions, interferes with their ability to function normally.

What is Sex Addiction and How Does it Develop?

Sex addiction is a process addiction that involves compulsively thinking about and seeking out sex. Like other addictions, sex addiction has multiple negative consequences in all areas of the addict’s life. Some characteristics of sex addiction include:

Like the young addict in the story above who describes just “clicking and clicking” with no control, sexual addiction involves compulsively acting out on sexual fantasies despite negative consequences or knowing it is ‘wrong’.

Sex addiction will most definitely have an impact on relationships. Conflict with spouses and employers about certain behaviours is common, and can eventually lead to losses including job loss and divorce.

Like substance addictions, when efforts to stop on their own consistently meet with failure, it is a sign that dependence has developed. If the sex addict tries to control their sexual thoughts and impulses without success, sex addiction treatment may be necessary.

The Most Common Signs of Pornography Addiction

Inability to stop despite negative consequences.

Trying to stop without success, especially repeatedly, is a key indicator of addiction.

Loss of Interest in Sex Hollywood films have not infrequently taken the subject of addiction as their theme. We have often seen characters struggle with alcoholism, drug addiction, gambling or another addiction. But a sign of the times is the recent focus of feature films on internet sex addiction.

The most recent film of this nature, Her, was written and directed by Spike Jonze. The film is about an isolated man named Theodore (Joaquin Phoenix) who falls in love with a computer operating system, ‘Samantha’ (voiced by Scarlett Johansson). The film takes place in a not-so-distant future where people rarely communicate with other humans, instead interacting primarily with their various computer devices. You’d be forgiven for thinking it sounds a little too much like the world we already live in. The one major difference is that Samantha develops an almost human level of consciousness, being able to even reflect on the relationship she has with users. She evens provides romantic relationships for many of them.

Although an artificial intelligence capable of sustaining a romantic relationship such as Samantha in Her is not yet a reality, the internet is highly saturated with pornography. As reported in Forbes magazine, 4% of the world’s most popular websites were sex-related. Some estimates place the number of web searches for sex-related content at 13%. Finally, at least 2.5 million websites are blocked by web-filters designed to protect minors.

As some figures show, online sex and pornography addiction is a problem affecting a significant proportion of men. Some statistics show that 25 million Americans view adult sites from one to 10 hours per week, and a further 4.7 million do so more than 11 hours per week. As the issue continues to grow there will likely be more film and other artistic projects focusing on internet sex addiction, but more importantly – more and more people will become affected by this type of process addiction which can seriously damage people’s lives.

Ten years ago, sex addiction and its variations were not something that was openly talked about. It was in 2009 that pro golfer Tiger Woods was labelled by the press as a sex addict, but because sex addiction was still in the shadows, many people brushed it off as a meagre attempt to shift the blame for his adulterous actions.

Just a few weeks earlier, the reality star had made a public apology for his involvement in a molestation accusation, where Duggar was accused of sexually molesting 5 young girls when he was a teenager.

When children are not able to speak or ask about sex freely, they will learn about it in other ways — via the internet, television or friends — and it is not likely to be the most helpful information. Although anything we actually know about Josh Duggar’s particular case of addiction is speculation from the media, some professionals have hinted that this may be part of the issue in Duggar’s case, as he was raised as part of a devout Christian family in which the topic of sex is not typically spoken about freely.

Back in 2014, Crews opened up about his pornography addiction on The Wendy Williams Show, after releasing his book Manhood earlier that year.

One of the main effects of any addiction is that, without getting help, the addictive behaviour continues to grow and get worse over time.

Should More be Done to Restrict Teens’ Access to Pornographic Material?

Given the serious consequences of sexual addictions on people’s lives, not to mention other consequences related to early sexual behaviour including increased sexual violence, STDs, and unwanted pregnancies, many are lobbying for stricter controls on the advertising and accessibility of pornographic material.

Parents can help by monitoring internet access and asking questions about what their children have been exposed to via the internet. Talking about safe sex and dispelling misconceptions that children and teens may form based on what they see on the internet and movies can also promote resiliency against developing negative consequences due to sexual activity.

Can Abuse as a Child mean Addiction as an Adult?

Students in the USA Rally for Drug Addiction Education and Support

When Love and Sex Turn into Addictions