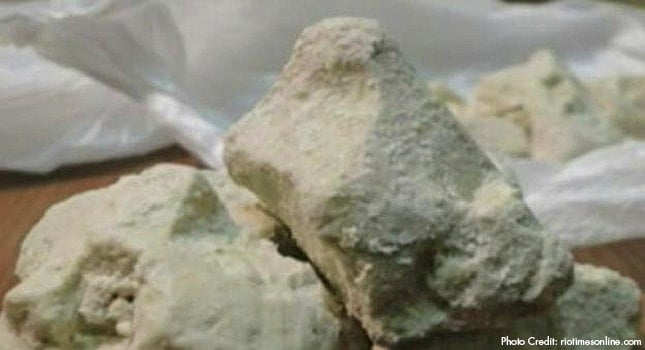 Oxi, the latest drug to come out of Brazil; and while it has been familiar to those living in the Amazon area for nearly 2 decades; it is quickly moving out of the basin and into populated areas like Sao Paulo and Rio de Janeiro. Oxi is gaining more attention as police are now confiscating it in richer areas, where as only a few years ago, it was only the poor who even thought about touching it. Cheap prices, easy availability, and powerful effects are causing an epidemic of users and addicts to rapidly form.

What is Oxi Oxi, also known as ‘oxidado’ or ‘rust’, is a derivative of cocaine and looks very similar to crack. However, it contains a combination of multiple deadly substances such as kerosene, gasoline, paraffin, quicklime, battery fluid, acetone, cement, and even sulpheric acid. Locals know oxi as ‘the drug of death’ because of its detrimental effects to the body. Addicts often claim that they were hooked from the very first use with many of them between the age of 19 and 35. However, it is not uncommon for children as young as 12 to be using this drug unaware of the dangerous consequences.

Oxi comes in a wide range of colors depending on what chemicals it was made with. The drug resembles a rock and looks nearly identical to crack. Most users smoke oxi in some sort of pipe and sometimes it is added to handmade cigarettes. Some users prefer to crush up the rocks into a powder form and then snort the drug as it can reach the brain even faster.

The effects from this Brazilian drug are almost instantaneous. The drug causes users to experience a euphoric like feeling combined with a sense of ‘nothing matters’ and ‘anything is possible’. However, these effects are short lived, but extremely powerful, causing the user to want more of it even after only the first use.

The side effects of oxi are absolutely devastating. Users often develop a yellow skin tone and become drastically skinny. Liver and respiratory problems are quick to develop along with stomach aches, frequent vomiting, and cognitive difficulties. One newspaper in Brazil stated that the effects caused by the drug turn users into zombie like living corpses. Because so many of the chemicals used to make oxi are toxic, many addicts die within 12-24 months of continual use.

Brazils oxi is cheap, around 1-3 dollars per rock, and getting the drug is becoming relatively easy almost throughout the country. Officials are calling this new drug an epidemic with no slowing down anywhere in the future. Smoking or snorting oxi is becoming ‘fashionable’ and the ‘thing to do’ on a Friday night, with curious users unaware of the consequences lingering in the shadows. With the surge of people, including middle and upper class users, turning to oxi to escape reality, the future looks grim.

Rehabilitation centers in Brazil have been reaching out to those who need help from an addiction to oxi for many years. However, resources are very limited and it is incredibly tough to get users to realize what they are doing to themselves before it is too late.

Family, friends, and those who are struggling with an addiction to Oxi can get treatment and ultimately reclaim their life. It is incredibly important for individuals become aware of this absolutely devastating drug and the effects that can happen as a result of using. Additionally, they should understand that if they or someone they care about has an addiction to it, help is available.

When a Drug Addiction Centre is the Answer: The Various Manifestations of Addiction