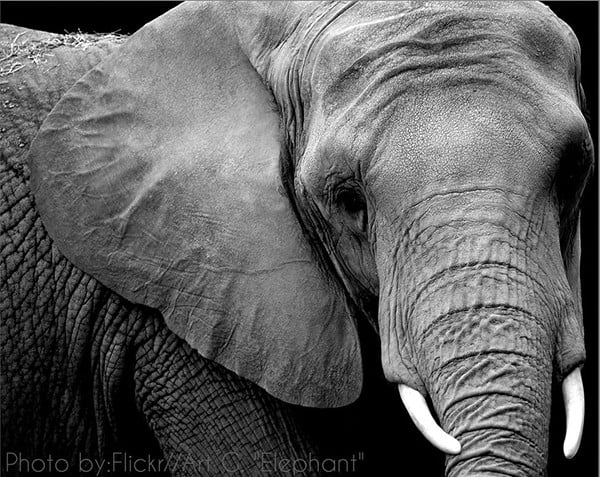 Addiction doesn’t discriminate. These elephants would do anything for their next heroin fix. Never before faced with this issue, elephant rehabilitation specialists were at first unsure what to do…

In an atypical story of addiction and recovery, elephants addicted to heroin have been treated successfully and are now healthy. In the last nine years at least four elephants diagnosed with heroin addiction have been rehabilitated and released in Yunnan Province, China. Their stories offer insight into a little known sect of animal abuse – turning animals into addicts – that activists say needs attention.

These once wild elephants were captured and used to smuggle large quantities of drugs between Myanmar and China. Smugglers fed them heroin laced bananas to make the intelligent creatures more obedient and less head strong. They then became addicted to the drug and would do anything as long as they were given their next fix.

When the criminals were apprehended and the elephants taken in, they were forced to go “cold turkey,” without heroin for the first time since originally being captured. Torturous withdrawal symptoms made the animals nearly impossible to contain or console as they displayed restlessness and extremely aggressive behaviour. Through drug tests caregivers discovered that the elephants’ behaviour was due to heroin withdrawal and they determined the animals were in fact addicted to the drug.

Never before faced with this issue, elephant rehabilitation specialists were at first unsure what to do. Severe withdrawal symptoms coupled with the elephants’ inability to cope, as well as the serious threat of danger they posed, led the rehabilitators to try a similar treatment that is sometimes used for humans. At first they were given high doses of the drug methadone to ease their experience of withdraw. Then they were weaned off the methadone over the course of a year before becoming completely clean. Frequent therapeutic bathing and massage accompanied the methadone treatment and aided the elephants in making a full recovery.

Elephants are extremely intelligent with complex brains. Elephants are also empathetic and social creatures. As addiction has such a profound effect on the brain one can imagine that elephants experience addiction similarly to humans. It appears addiction affects various areas of an elephant’s life such as their ability to socialise normally, their physical health, and certainly their mental health. This includes their experience of anguish and grief, as well as the excruciating cravings and withdrawal symptoms when they did not receive the drug their massive bodies had come to need.

What can we learn about our own experience of addiction, withdrawal, and recovery from these elephants’ stories? Maybe it is that addiction does not discriminate. That it is a disease that affects that brain in ways that are beyond our willpower and control. While these elephants were succumbed to a painful addiction at the hands of criminals, no one tries drugs for the first time, even under their own control, wanting to become an addict.

Without the support of a rehabilitation team and animal sanctuary, it is hard to say what an addicted elephant’s fate might be. Help is available, and sometimes crucial, if you or someone you know is struggling with addiction.