It took a trip to rehab for Demi Lovato to find out that she was suffering from bipolar disorder – a condition that puts people at much higher risk for addiction. Find out more about how Lovato turned her life around, and the role of co-occurring mental health disorders in addiction treatment. 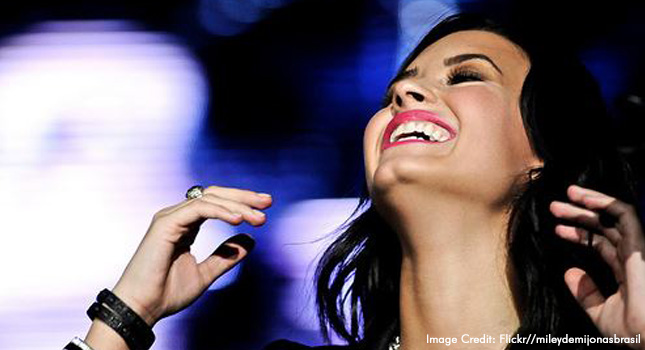 In 2010, Demi Lovato publicly checked into rehab for addiction to overcome “emotional and physical issues.” In 2013, she told Access Hollywood that in the darkest days of her cocaine addiction she could not last more than 30 minutes without snorting cocaine and her disease lead her to manipulate everyone around her, including her mother, in an effort to hide the depths of her addiction. She was smuggling cocaine onto airplanes, drinking straight vodka out of Sprite bottles and lying to basically everyone in an effort to hide her behaviour. At the age of 19, she realised that this was no longer being “young and rebellious and out having fun” but that it was addictive behaviour and she needed help. And it was only after checking into rehab that she was made aware that it was more than addiction she was battling – Demi Lovato received a dual diagnosis of addiction and bipolar disorder.

What is a Dual Diagnosis?

Dual diagnoses, or co-occurring disorders, are common terms in the field of addiction treatment. Both terms mean that someone is suffering from two separate mental health issues that often feed into each other.

When one of the disorders is addiction, it is not always clear whether the substance abuse or the mental illness came first – it can go either way. In some cases, the use of substances can alter the brain’s composition causing a mental disorder. In other cases, a pre-existing mental illness can lead the affected person to self-medicate their disorder with drugs or alcohol. This can temporarily decrease the symptoms of the disorder, but over time substance abuse actually makes it worse.

Approximately 78% of people suffering from addiction have co-occurring mental health disorders. In Demi Lovato’s case, she was unaware that she was suffering from bipolar disorder alongside her addiction.

What is Bipolar Disorder?

Bipolar disorder, or manic depression, is a brain disorder that causes abnormal fluctuations in mood and energy. Those affected will experience periods of high energy and elated moods (manic) followed by periods of low energy and sadness or feelings of hopelessness (depressive). These episodes often make it difficult for people affected to carry out day-to-day activities.

Lovato told People Magazine after she was diagnosed with bipolar disorder, “It makes sense.” Her dual diagnosis allowed her to recognise periods of manic behaviour. “There were times when I was so manic,” she said, “I was writing seven songs in one night and I’d be up until 5:30 in the morning.”

After completing treatment for both addiction and bipolar disorder she also told the magazine, “I feel like I am in control now where my whole life I wasn’t in control.”

The Importance of Dual Diagnosis in Addiction Treatment

Addiction treatment for individuals with co-occurring disorders is more complicated than the typical addiction case. A dual diagnosis requires the affected person to receive treatment for addiction and their accompanying mental health disorder concurrently in order to achieve success in addiction recovery.

If an addict who suffers from another mental health disorder is treated only for their addiction, they are at high risk for relapse because they still have not dealt with what is often an underlying cause of their addiction.

Lovato told the Today show, “I’m not going to lie. I was self-medicating. I was doing things like drinking and using [drugs], like a lot of teens do to numb their pain.” This is very typical behaviour for people trying to cope with an undiagnosed mental illness, which is why Lovato became a mental health advocate and spokesperson for Be Vocal: Speak Up for Mental Health – an “initiative encouraging people across America to use their voice in support of mental health.” Now that she is in recovery from both addiction and bipolar disorder, Lovato says that all she wants to do is help others by speaking up about her own mental health disorders and how she has overcome them and learned to live with them.

Unfortunately, despite the massive numbers of sufferers around the world, mental health issues are still too often hidden behind a curtain of stigma and discrimination. Thankfully, in recent years, the stigma is beginning to lift as more celebrities and people of all walks of life choose to open up about their own issues, helping to promote mental wellness.

What people are hopefully starting to understand is that mental health and physical health are equally important, and mental health disorders are nothing to be ashamed of anymore than someone should be ashamed of catching the common cold or even being diagnosed with cancer – all are health issues out of the control of the person affected. With the proper treatment however, most mental health disorders, including addiction, can be controlled – allowing the affected person to live a healthy and happy life.

Lovato said of her experience, “Getting a diagnosis was kind of a relief.  It helped me start to make sense of the harmful things I was doing to cope with what I was experiencing.” The sooner you or your loved one gets treatment for addiction and/or a co-occurring disorder, the higher the chances of a successful recovery.

The Cabin Chiang Mai specialises in treating co-occurring addiction and mental health disorders. We collaborate with the referring physician to design an effective dual-diagnosis treatment and recovery programme aimed at restoring the individual to a natural and healthy state. Contact us today for a no obligations, free consultation to see how we can help.