January 4, 2016Michael ShannonBlog
After four decades and a trillion dollars spent waging a losing war against drugs, America has put a recovering addict at the helm — as Director of National Drug Control Policy, Michael Botticelli’s first hand experience and insights are probably what this nation needs. 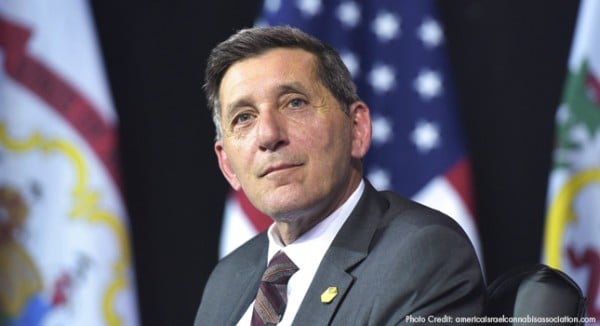 The US War on Drugs “has been all wrong” says Michael Botticelli. Criticising government policy is not exactly newsworthy anywhere in the free world but when that criticism comes from the head of the department that sets the policy, it raises eyebrows. Mr. Botticelli is the Director of the National Drug Control Policy and recently was interviewed by 60 Minutes in an episode that aired on December 13, 2015. Mr. Botticelli deserves praise for taking the courageous step toward a progressive approach to address society’s plague of drug addiction. People are dying from the disease of addiction and society at large still conceives the problem to be a moral failing or weakness. Criminalisation of addicts not only drives the disorder into the shadows but also creates an environment where family and friends of addicts protect, enable and minimise the behaviours causing prolonged suffering. “We cannot arrest and incarcerate addiction out of people” says Botticelli in the interview. We need to remove the stigma of addiction and see it for what it is — a disorder just like any other disease. Mr. Botticelli then goes a step further and reveals that he too is a recovering addict. Not only does he set policy in an effort to remove the shame of having this disease, he makes transparent his own history of active addiction and allows the world to see what recovery from addiction can look like. I too am an addict who effectively treats his disease and have remained totally abstinent in excess of 12 years, and I believe those of us who have treated our disorder and provided ourselves the “big beautiful life” that recovery offers us owe it to society to show ourselves. I enjoy a life where I have the honor of helping others recover from this disease and go on to live happy healthy lives as well. There are millions of us in the world who need to change the attitude toward the disease. The removal of stigma is essential for people to seek help. An example of how this can help would be found in Quincy Massachusetts near Boston where they have the “Good Samaritan Law”. The Botticelli administration implemented this change so that if there was an overdose, a person could call for help without the fear of being prosecuted for possession of illegal drugs. According to the police there, the “floodgates were opened” and lives were saved that otherwise would not have been saved. The greatest barrier to the addict seeking help is the internalised “prosecution” that exists for being an addict in the first place. I am inspired by the changes that are coming about in policy and attitudes toward drug addiction. If it is illegal drugs or legal drugs such as alcohol and nicotine, we must all see it as a disorder of the brain rather than a moral failing. People like Botticelli are priceless in their effort to help people get help for their disease. There is treatment available. It is being made more accessible every day. I would like every addict to know that there is a big beautiful life waiting for you. The Cabin Chiang Mai is Asia’s leading private addiction rehab, specialising in addiction treatment for both substance and process addictions. Our holistic, evidence-based recovery programme draws clients from around the world. If you would like to consult our highly-experienced clinical team regarding a loved one’s or your own addiction problems, please feel free to contact us at anytime.

Alcohol and Ecstasy: A Dangerous Mix