Why scare tactics are not effective in reducing drug use 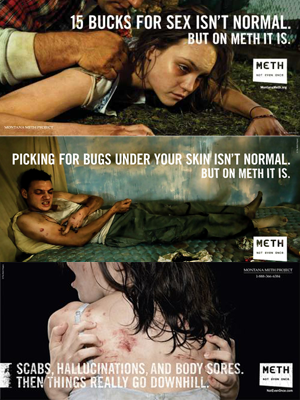 Have you heard politicians speak of marijuana use in the same light as using harder drugs such as heroin and cocaine? Have you seen TV commercials or magazine ads that show exaggerated negative effects of drug abuse?

For example, there is an American ad campaign that depicts a person holding a raw egg with a voiceover that says “this is your brain”. The person holding the egg then smashes the egg on the ground and says “this is your brain on drugs”.  Scaring youth about the effects of drugs, alcohol and tobacco has long been the method of choice for educators and even politicians in anti-drug programmes. However, several studies done in recent years have shown that exaggerated fear appeals, or scare tactics, are generally ineffective in reducing drug use in the long run.

In one study done in the U.S. it was found that on average, over 40% of high school students had tried some form of drug before they graduated (marijuana being the most common), and over 80% had consumed alcohol at least once.  That being said, students are able to find out the true facts about drugs on their own or through friends. So, when the government puts out ads exaggerating the effects of marijuana, it’s common for the youth to begin questioning the truth about the ads and effects of more dangerous drugs such as cocaine, heroin and LSD. In some cases, scare tactics actually appeal to risk-takers who become intrigued to try the drug in question. Others simply believe the negative aspects ‘won’t happen to me’. Newer studies are revealing that an alternate approach is more successful – education! Instead of scaring people into staying drug-free, having a credible source educate them about the true health complications and risks that could arise from drug use is a step in the right direction. Allowing people to make informed choices is key. Show youth that they have a choice, but encourage them to make the right one. However, credible facts are only one piece of the puzzle. Listening to someone speak humbly about past experiences – without trying to scare anyone – is another great way for the message to stick. And of course, having sober people recount their successful recovery is a great way to encourage youth to live a substance-free lifestyle. In rehab, the same is true. Sharing personal experiences is an integral part of rehabilitation. That is why treatment at The Cabin is able to achieve such successful results; besides group therapy, most of the counsellors have already gone through their own rehabilitation and can add personal experience to their treatment care. Drugs are powerful substances, and it’s important to know the facts, listen to personal experiences, and be strong. If you or someone you know is abusing drugs, please contact us or someone who can help.