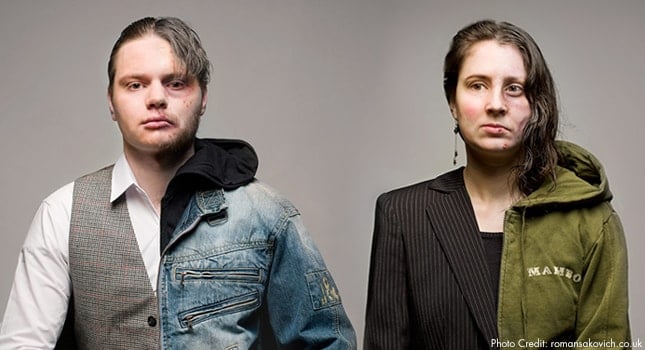 A number of months ago on this blog, we posted an article about The Huffington Post‘s feature on Roman Sakovich, a photographer who used makeup to create a before and after picture on one person; half of the model’s body is his or her body before drug abuse, and the other half is after drug abuse. The difference is striking.

For those who haven’t experienced drug addiction and the challenges of drug recovery first-hand, it’s often easy to alienate drug users as the other; when looking at Sakovich’s photographs it’s easy to think, “Oh, but that’s someone else’s problem, and will never be mine.”

So is it possible to take this U.K. photographer’s project and make it hyperpersonal?

Recently, Rehabs.com and digital agency Fractl collaborated on a web-based app called “Your Face on Meth.” The title explains the app’s function well; after uploading a photo of your face, you increase the time span – simulating the number of months you have been abusing, in this case, meth – and watch as your face acquires its new landscape: splotchy complexion, darkened eyes and large sores across your face.

The idea is in line with Sakovich’s: using fear and disgust to remind people of and deter them from abusing drugs. For those who already struggle with addiction though, their reality is already one where years of abuse have created hollow cheeks and sunken eyes on their own faces.