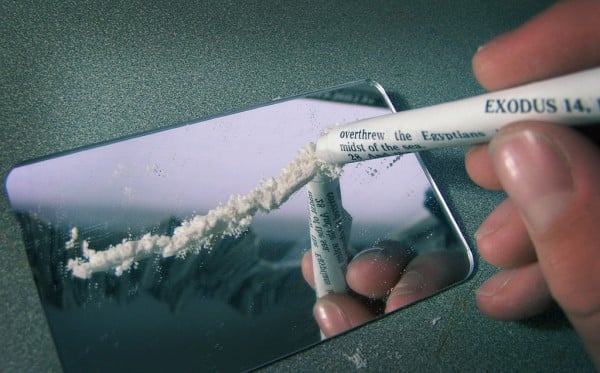 Cocaine is a powerful psychoactive stimulant which affects the central nervous system. Cocaine users experience a wide range of emotional experiences due to its stimulating effects. For a short period, they experience a range of euphoric states, but these are soon followed by negative states such as paranoia, depression, and anxiety.

In order to relieve these symptoms and regain the feeling of euphoria, cocaine users often take increasingly higher doses of the drug as a result of tolerance. Often, casual cocaine use results in addiction to the drug.

To understand the mental health benefits of quitting cocaine, it is helpful to understand how it affects the brain. An important neurotransmitter which regulates mood and many other functions is dopamine. Cocaine effectively blocks these receptors of dopamine, resulting in higher concentrations of dopamine staying in the brain. Scientists believe that this process results in the feelings of euphoria. When cocaine is no longer present, feelings of anhedonia and negative emotional states result.

Recovery from cocaine addiction is best done under professional care. Due to the numerous physical, mental, and social effects of the drug, going “cold turkey” is at times a risky approach. To fully recover, the best choice is a well-resourced facility which can address all of your healthcare needs.

One NCBI literature review identified some common psychological effects of cocaine use. While these symptoms can occur in the general population, they are, on average, more frequent in cocaine users. As a result, you stand to benefit in the following ways if you abstain from cocaine use.

As noted, cocaine withdrawal can result in a “crash,” and severe psychological and health effects can occur. As a result, professional care is recommended for cocaine addiction. The Cabin, Chiang Mai, offers high-quality, professional treatment in a beautiful setting. Please contact one of our staff if you are considering treatment for this or any other addiction.

The REAL Cause of Addiction – a Reply to The Huffington Post