What are Designer Drugs? 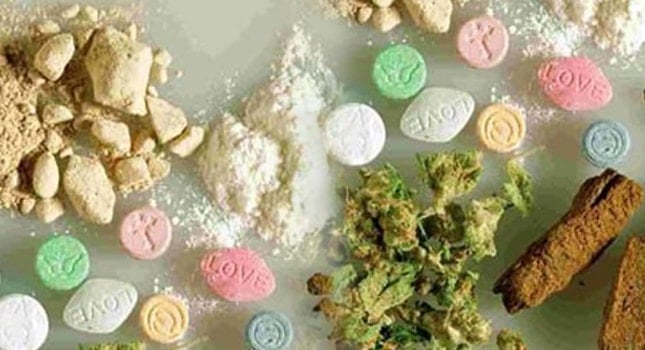 Designer drug, it is a commonly used term, but few actually have an understanding of what the term actually means. So what are designer drugs and just how harmful are they?

The term designer drug is used to describe drugs which have been created to get around pre-existing drug laws. In most cases, an existing drug has been modified by altering the molecular structure. Sometimes, an individual will find or create an entirely new drug with completely different chemical structures, but produce similar effects to an illegal drug.

They are called designer drugs because various changes have been made to their already pre-existing chemical structures. In other words, these drugs have been specially designed or altered. Designer drugs are synthetic and are usually illegal drugs produced by ‘underground’ chemists and then sold on the black market. Most of the designer drugs are used by individuals who are in their late teens to early thirties. They are usually available are clubs, raves, and dance parties.

Some designer drugs were initially made by medical labs for research purposes. However, in many cases, the drug was leaked onto the street where independent chemists copied them and began to produce the drug for the general public.

Nearly all designer drugs have dangerous and unpredictable side effects. Additionally, designer drugs are extremely powerful and addicting. When combined with other drugs or alcohol, the result could prove to have extreme consequences, including death.

There are over 100 types of designer drugs; therefore, not all are listed below. Because there are so many, there is limited information available for each individual drug. However, most have similar effects and are addicting.

3- methylfentanyl- extremely potent and allegedly used as a chemical weapon by the Russian military in the Moscow theater hostage crisis.

2C-B- Similar to Ecstasy or MDMA

2C-T-7- Common in The Netherlands and Japan, known as ‘Blue Mystic’

Dimethocaine- One tenth the potency of cocaine

TFMPP- the legal alternative to Ecstasy

1,4-butanediol- Known as ‘One Coma Four’ or ‘One Four Bee’ and is similar to GHB. There have been many deaths associated with this drug.

Methylmethaqualone or MMQ- Similar to Qualludes and popular in Germany in the late nineties.

CP 47,497 – Developed by Pfizer in the late 1980s, but only popular in the last 3-5 years. It is the main ingredient in ‘Spice’ an herbal’ incense similar to cannabis.

JWH-018 – Similar to cannabis, but is known to have concerning psychological effects.

HU-210 – It is said that this drug is more potent than THC and has been also been found in Spice.

Desoxymethyltestosterone- Also known as Madol or DMT (note that it is not related to dimethyltriptamine). It is a type of anabolic steroids and made illegal in the US in 2010.

Tetrahydrogestrinone- Referred to as THG or ‘The Clear’. This is also an anabolic steroid, but so potent that one only needs a few drops on the tongue. It is said to have serious side effects and was made illegal in the US in 2005.

Only a Few Examples

These are only a few examples of known designer drugs. It is important to recognise that not only are they dangerous and addicting, but anyone with an addiction and quits, will go through a withdrawal. Minor withdrawal symptoms include drowsiness, irritability, and agitation. It is very common for people using designer drugs to accidently overdose and this can cause serious problems; such as, loss of consciousness, slowed breathing, coma, and death.

When a person consumes designer drugs they are putting themselves at risk for breathing difficulties, changes in blood pressure, blood vessel damage, aggressive or suicidal behaviour, criminal charges and imprisonment, addiction, permanent brain damage, and death.

It is important to get treatment; it is the only safe and healthy option that a designer drug user has. Help is available. Please contact The Cabin Chiang Mai today, we will help.

New Year’s Resolutions: Supporting a loved one who resolves to end addiction