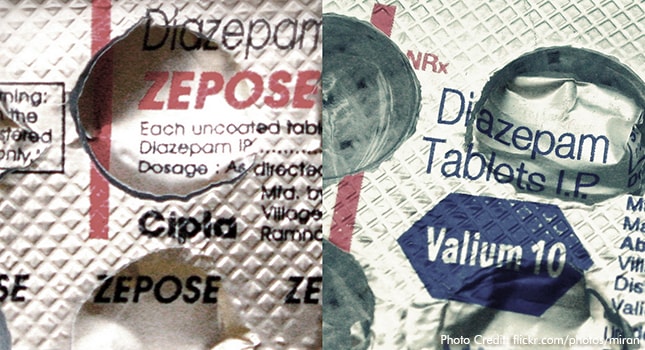 Valium is the brand name for Diazepam. It is a benzodiazepine and is commonly prescribed to treat anxiety, insomnia, and muscle pain. Valium is similar to a tranquilizer and affects the user’s central nervous system. This drug has anticonvulsant, sedative, and muscle relaxing properties.

Unfortunately, after only a short period of regular use, a Valium prescription can turn into Valium abuse, which can soon develop into Valium addiction if the user is not careful. When the person quits using, they will go through withdrawal. Valium is the fourth most abused benzodiazepine in the USA and accounts for a large percentage of hospital and rehab visits every year.

How a Person Abuses Valium

Valium is normally taken orally in a tablet form. However, it can be crushed and snorted or given intravenously. One of the biggest problems with Valium use, abuse, and addiction is the availability of the drug itself. The medical community has become aware of this problem, and has increased measures to limit the amount of prescriptions given out to patients.

Statistics show that nearly half of all people who are prescribed Valium abuse it, or have an addiction after 3 months of use and abuse. Because an addiction can develop with prolonged use, this drug is normally only given to people for a short period of time.

A Tolerance Will Only Increase

The more that a person uses Valium, the more of a tolerance they will develop. Then, the user will not feel the same calmness and anxiety reducing effects that they originally felt. They must then increase their dosage to feel the original effects again. If they increase their dose outside of a doctor’s orders, this is considered to be abuse. In any case, increasing the dosage to overcome a tolerance will lead to an addiction if the person does not stop.

What Does Valium Abuse Mean?

Valium abuse means to use the drug for its euphoric feelings, or if the user takes a higher dosage they recommended by their doctor. When a person abuses Valium, they are harming their self, but their drug abuse can lead to physical or emotional harm to the other people that are involved in their life. Valium abuse does not necessarily mean that the user has an addiction to the drug, but if they do not quit their abuse, they will develop one.

A person who has an addiction to Valium will have built up a tolerance and a dependence to the drug. They may begin to stay focused on finding and using Valium as much as possible. Valium is not as physically addictive as it is psychologically, this why it is crucial for a user to discontinue using after 2-4 weeks. It is psychologically addicting because of the feelings that it creates in the user.

The main reason why people abuse or have an addiction to Valium is because of the control effects that they feel. Valium can allow a person to feel like they have control over their feelings and emotions. This can cause the user to feel like they need it in order to function.

Overdosing on Valium is less common than other prescription medications; however, an overdose can happen. An overdose on Valium will typically cause the user to have the following symptoms in a 4-6 hour time period.

It Can Be Fatal

If a user experiences the symptoms of an overdose, the user should seek medical attention immediately. If this drug is taken in combination with alcohol or other drugs, the overdose can be much more severe and can even be fatal.

Withdrawal from Valium is considered to be less severe than other benzodiazepines; however, people who have abused or have an addiction to this drug will experience some sort of withdrawal.

Not Likely to Be Fatal

Fortunately, unlike other drug addiction, Valium withdrawal is highly unlikely to be fatal. However, there has been cases of user’s having seizure and convulsions, which can be fatal. For this reason it is important to get treatment for any Valium abuse or addiction.

Treatment for Valium Abuse and Addiction

Valium treatment may begin with a detox; however, in cases where it was not abused for a long period of time a detox may not be necessary. If the user does go to a detox, it will help to decrease the intensity of the physical withdrawal.

After detox, the user will go to a rehab where they can begin to treat their psychological addiction; the real addiction to this drug. Various therapies will help to address the mental and emotional dependence of the drug. Rehab will help the user to better understand their abuse and addiction. During their treatment the counselors will also teach them how to live a drug free life when they return home.

Drug Use in Thailand