The War on Drugs: Has It Been Causing More Harm than Good?

What good, if any, has come from the ‘War on Drugs’? This blog takes a look at the heated debate around whether the decriminalisation of drugs would benefit the U.S. and other countries, or whether what many consider to be a ‘draconian’ drug law state should remain in place. 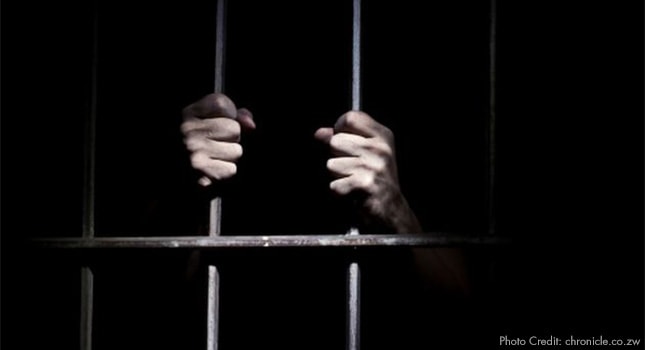 In March 2016, Obama reduced the sentence of 61 prisoners in federal jail who were serving time for non-violent drug offences. Obama has granted clemency to 245 inmates. Over two-thirds of those permitted early release were serving a life sentence.

As of September 30, 2014, approximately half of all inmates in U.S. federal prisons were serving time for drug offences, many of which were nonviolent cases. Many life sentences were handed out during the 1990s when the U.S. government was assigning harsh sentences as part of the War on Drugs. With over 9,000 clemency petitions still pending, stories are being brought to light of first-time, nonviolent, drug offenders who are serving life sentences in prison.

Is criminalisation and incarceration really the way to go when it comes to drugs?

Is Drug Decriminalisation the Answer?

The average sentence for a rapist in the U.S is 8-9 years imprisonment. So why are so many nonviolent drug offenders being held for life? Some states in the U.S. have legalised the use of marijuana; whereas, in other states simply being caught with paraphernalia can land a person up to one year in jail.

The debate over the decriminalisation of drugs has been strong in recent years, and the recent clemency grants have only shone more light on the subject, especially in the United States.

Fourteen years ago, Portugal decriminalised drugs as part of its strategy to decrease drug abuse and addiction. Drugs are not legal in Portugal, but those who are caught with a 10-day or less personal supply do not face jail time.

In most cases, the decriminalisation of drugs in Portugal is seen as a success. Overall, drug addiction rates are down and the health and wellbeing of its residents has seen an improvement. Decriminalising drugs also seems to have helped remove some of the stigma surrounding drug abuse, as the country has also seen a 60% increase in the number of people receiving drug addiction treatment.

The War on Drugs in America is (hopefully) About to Change

At the National Prescription Drug Abuse and Heroin Summit in Atlanta, Georgia on March 29, 2016, Obama promised to address the country’s growing opioid addiction problem with prevention and treatment instead of the ‘war on drugs’ policies used in the past.

“For too long we’ve viewed drug addiction through the lens of criminal justice,” Obama said. “The most important thing to do is reduce demand. And the only way to do that is to provide treatment – to see it as a public health problem and not a criminal problem.”

If Obama keeps his word, it could mean great things for the country, and hopefully countries around the world will look at addiction in a similar way. Treating the disease of addiction instead of throwing drug users in jail would be a feasible effort, on the part of any government, to combat drug use and addiction.

The Problem with Incarceration for Drug Use

“Nobody at all is helped by drugs being made illegal, unless of course there is a conspiracy to marginalise, condemn and persecute disenfranchised members of our global community,” Brand stated. “I’d hate to think that was the situation – that certain countries didn’t matter, that certain classes didn’t matter, that certain races didn’t matter. So unless that’s the situation, there’s literally no reason to proceed with this experiment of prohibition which has lasted for a century, that has done nothing but bring death, suffering, crime, created a negative economy, and deaths all over Mexico, deaths all over Malaysia, unnecessary death penalties.”

Brand is, as one can see from the above statement, an advocate of the decriminalisation of drugs. He believes that governments should reach out to addicted individuals with compassion, offering treatment and support to those who are struggling with drug use.

Those who are using drugs on a personal level rarely experience improvement from incarceration. In fact, those who are put in jail for minor drug charges will often go straight back to using once they are released, especially because life after incarceration can be incredibly difficult.

Finding a job after serving time in jail is often hard to do (if not impossible), which can lead people into a life of difficulties. They turn to drugs and alcohol as a way to escape, often leading to addiction (and even a return to prison).

This is why it is so important that those suffering from drug abuse or addiction receive treatment instead of incarceration.

Breaking the Stigma of Addiction

Obama seems to be on the right path towards tackling drug addiction – trying to make it clear to everyone that addiction is a disease that should be viewed as a mental health problem rather than a criminal one.

In fact, Obama and rapper, Macklemore, recently got together via the President’s weekly address to talk about the dangers of prescription drug abuse. This was an effort to help break the stigma of addiction and open the gateways for more people to seek the help and treatment they need.

It is important that the stigma surrounding addiction be dissolved, for people to realise that addiction is not a moral failing, and that there is help available. The most common stereotype of “addicts” is that they are ‘bums,’ dirty, dangerous, and living on the street. But addiction does not discriminate. It could be your mother, your boss, or your nephew who is struggling silently with the addiction that could take their life if left untreated.

Getting Help for Addiction

If you or someone you know is struggling with substance abuse, it is important to seek help as soon as possible. The sooner a person receives treatment, the better the chances are of making a successful recovery.

Please contact us at The Cabin for a free, no-obligations consultation. We have trained addiction specialists who can provide effective addiction treatment that can ensure your long-term addiction recovery and restore your life back to one that is happy and healthy.

Marijuana Addiction and its Effects

9 Most Common Reasons People are Afraid to Get Sober