The Most Addictive Drugs in the World Part 1 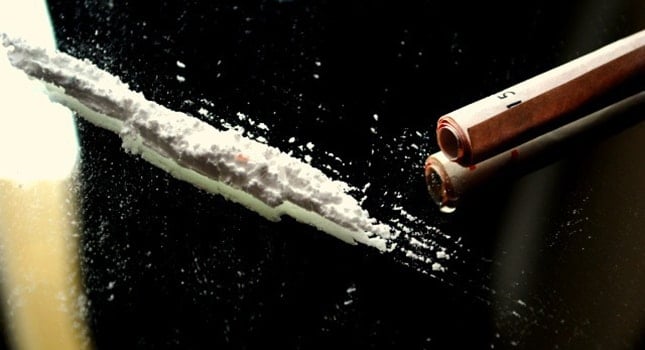 Most people are familiar with the term drug, either illegal or prescription. But many people are given false or misleading information about drugs and the addiction that can be associated with them; this is mainly due to myths and inaccurate information being spread by unreliable sources. This article will discuss some of the most addictive drugs in the world and furthermore will give readers beneficial knowledge as to what can be done if they become addicted or someone they love does.

Please note there is no particular order to this list. Anyone who is reading this article should also understand that there is no way to determine the most addictive drug in the world. This is because each individual reacts differently to different drugs and the addiction experienced by each individual will be different. There are some drugs that experts in the drug rehabilitation industry have notice to seem to be more addictive than others by patient testimonies and research.

Cocaine is extracted from the leaves of the coca plant. It comes in the form of white powder and is most commonly snorted or smoked, but can be injected. Individuals may feel a sense of euphoria and an increase in energy. Their heart rate, blood pressure, and body temperature may increase while their pupils will become dilated. Health consequences may include overdosing, respiratory failure, heart attack, seizures, violent behavior, or addiction. Cocaine is a highly addictive drug that can cause families to be torn apart, job loss, and even death. Fortunately, a cocaine addiction can be treated; allowing the user to live a sober life. Many people who have an addiction to cocaine benefit greatly from behavioral and cognitive therapies; both of which are available at rehab centers.

Cocaine and crack are considered to be the most addictive drug on the planet by some people, mainly agreeing that crack is up to ten times more addictive. Crack is normally smoked and can also be snorted or injected. Cocaine and crack are both highly addictive and both have caused many individuals with respectable jobs to be in jail within a year of being addicted for stealing. The power of these drugs over the addict can sometime be the only driving force in the person’s life. All they care about and all they want in life at most moment is more of the drug, and many will do anything to get it. Many addicts will eventually turn to crime and others will commit violent crimes in order to keep using. This is often a common story in most cities and slums where cocaine and crack are easily available; this is the true power of an addictive drug.

Methamphetamine has become increasingly popular in the last two decades not only in the US, but throughout the world. It may come in rock like crystals or powder. It is most commonly smoked or snorted, but can be injected or taken orally. Its effects are similar to cocaine, but last longer. The drug is said to be more addictive than cocaine with some users saying they became addicted after the first time of use. Many people with addictions suffer from extreme paranoia, schizophrenia, delusions, and bouts of rage or aggression.

Meth is so addictive that some users turn to crime within months of first use. Many users over time will develop nasty skin rashes and open sores from picking and scratching at their skin when high and coming down. Some will neglect personal hygiene all together. Many addicts will eventually have to turn to crime to feed their addiction. Because of the effects on the brain, at a certain stage many meth addicts will not be able to rationally make normally day to day decisions or logically work through something, this can cause them to be paranoid and turn violent. An addict of meth will experience uncomfortable withdrawal symptoms when trying to quit. Fortunately there are various therapies that can help an individual overcome this addictive drug. Some users are given medications to help them, getting treatment at a rehab for a meth addiction is the best thing that an addict can do.