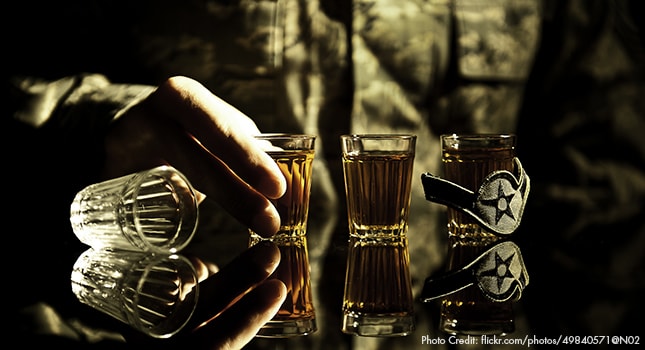 *Please note that the following article is based on addiction problems in The United States Military. However, the reader should keep in mind that military men and women from other countries also struggling with drug and alcohol addiction.*

Men and women serving in the United States Military branches, the Air Force, Marines, Navy, and Army, are coming under more and more scrutinising attention. However, it is not the positive attention that military officials are wanting. This attention is focused on the high rise in drug and alcohol addictions in all of these military branches. People in the military are labeled as being brave heroes protecting the United States people. Civilians struggle to understand the difficulties that military people deal with on a day to day basis. Addiction is normally the last thing that a normal civilian would think of when trying to understand problems men and women in the military deal with. So what is causing these men and women of the military to turn to drugs and alcohol?

Why Military People are Becoming Addicted

Over the past 10 years, the United States Armed Forces has seen a dramatic rise in addiction within all branches of the military. There are many reasons that may be a factor such as:

Stress may be one of the biggest factors that contribute to drug and alcohol addiction in the military. The work that these people must endure everyday is extremely intense. Men and women who are not based overseas must be prepared to leave home at any time. They must appear to be physically fit and mentally sound. The people typically work a minimum of 12 hour days; not only performing their regular job, but also training for future battles. Military men and woman based overseas, not only have stress due to the heavy amount of work, but they also deal with the stress of fighting a war and being away from friends and family.

Either one of these situations is difficult to cope with; therefore, people in the military may turn to drugs and alcohol to help them ease their stress. Oftentimes, the need for drugs or alcohol becomes so great, that these men and women develop an addiction.

Involvement in the military is not easy and oftentimes men and women become extremely fatigued. Those based at home may work long hours at their job as well as take care of a family. Training drills and battle practice is frequent and requires long days full of physical fitness and little sleep. Military people based overseas are also working long hours in hot and stressful environments. Because of constant dangers and interruptions of war, it may be difficult to get a good night’s rest. If these members are already under a great amount of stress, they may begin to develop sleeping problems and then become fatigued.

Fatigue may also cause stress. Either way, both stress and fatigue are real problems and can cause even greater problems to develop. Many people who are fatigued may use certain drugs to keep them awake and going. Unfortunately, many of these drugs are highly addicting and many people become dependent upon them in order to perform daily tasks. Once a person is dependent on drugs or alcohol, addiction is quick to follow.

Stress and fatigue are only two contributing factors to a drug or alcohol addiction in the military. Other factors to take into consideration are loneliness, depression, isolation, etc. All of these factors, combined with easy accessibility in most places are causing addictions to sky rocket.

The most common addiction in the military is to alcohol, inhalants, prescription medications, amphetamines, and marijuana. Addiction to any of these drugs impact the individual in various ways, but all will have some sort of negative impact on their physical body and their emotional and mental state.

You Are Not Alone

Coping with an addiction is not easy; this includes the addict and their loved ones. The good news is that men and women in the United States Military can get help for their addiction. Individuals in the military must understand that they are no alone; there are many people struggling with addiction too.

It is important that signs an addiction are recognised, help and support by loved ones is given, and getting treatment for their addiction is sought.

7 Ways to Prepare for Rehab