The Growing Problem of Crystal Methamphetamine in Canada 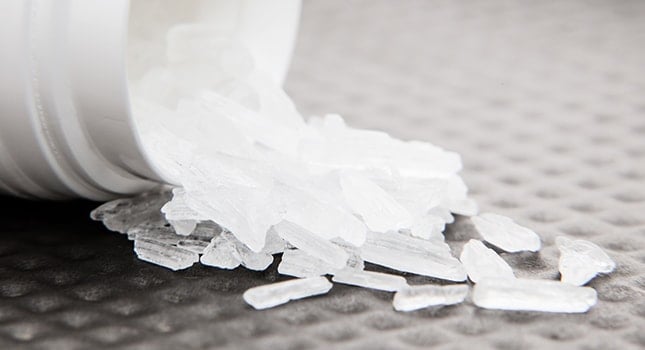 Crystal methamphetamine (crystal meth) use is growing at an increasingly alarming rate throughout Canada. Some officials are even going as far to say that it has become an epidemic; especially in British Columbia. What is even more concerning is that people between the ages of 15 and 26 are found to be at most risk for using, and becoming addicted to crystal meth.

Canada has always had a lower crime rate when compared to its neighbor, The United States, and other countries. However each year, police are reporting that crime is rising especially in areas that are common for crystal methamphetamine use. Officials have also stated that the users themselves are becoming victims, not only from using crystal meth, but also being involved in violent crime and sexual assaults.

Some people believe that the stricter US regulations on the sale and purchase of pseudoephedrine, a key ingredient in crystal meth and commonly found in cold medications, have led drug traffickers to Canada where supplies are easier found. It is thought that organized crime smuggles supplies from Canada to the USA and then set up crystal meth labs. However, the US began to severely crack down on these labs, making manufacturing more difficult. While it is still highly manufactured in the USA, people began to manufacture the drug in Canada, where there was less risk. Police are continuing to seize more and more crystal meth labs each year in Canada. They are also saying that Canadian produced crystal meth has been seized in Australia, Japan, New Zealand, China, India, Taiwan, Iran, and the United States.

It Began as a Gift

Crystal methamphetamine use has had a serious effect on Canada’s youth. A government funded study done amongst street youth in Canada has found out some shocking information. A survey conducted showed that crystal meth users were four times more likely to inject the drug; putting them at a high risk for infectious diseases. Nearly 75% of the participants claimed they used crystal meth on a frequent basis than needed. They also found that this drug has a high prevalence amongst adolescents and young adults in the smaller towns and suburban neighborhoods throughout Canada. Also in the findings was that 95% of the people said crystal meth was “very easy” to get, the other 5% said it was “easy”. This goes to show that the drug is out there and people are willing to use it. When participants were asked how they tried crystal meth for the first time, 80% said that they were given it as a gift.

Crystal methamphetamine is an extremely hazardous drug. Many users claim to have developed an addiction after one or two uses. In the beginning the user will experience a rush of energy and euphoria; however, this can be quickly overcome by severe paranoia, weight loss, hallucinations, confusion, and irritability. With heavy use, people will develop a tolerance and need more of the drug to feel the same effects. Overdosing on crystal meth is relatively easy and can prove to be fatal if left untreated. Last year health officials in Canada claim that there were 33 confirmed fatalities due to crystal meth overdose; in 2000, there were only 3 fatalities. Recently, experts have discovered that a large amount of crystal meth is being sold as un-pure, another words it is cut with other substances. These concoctions can be even more dangerous than crystal meth and can cause numerous problems; some of which are fatal.

The New Drug of Choice

Drug Abuse and Addiction in India

Xanax Use, Abuse, and Addiction