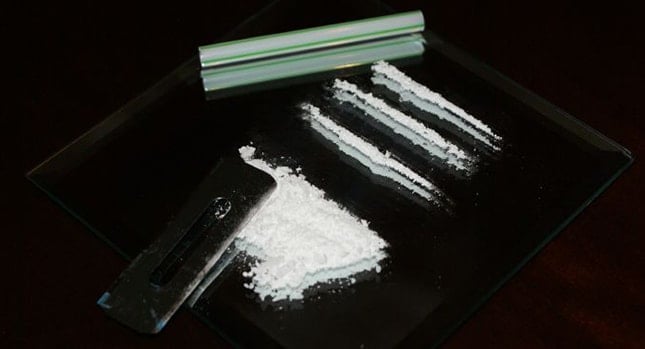 Cocaine is a highly addictive drug. It is very expensive and has many harmful side effects. In the following article we will be discussing some of these effects, and how some cause the user to get addicted and how others cause the user to die.

Over the last few decades, movies and celebrities have glorified cocaine and using it, and have downplayed the harmful effects; such as, addiction. The reality is that this drug has some of the worst side effects.

3 Ways to Use and the Different Effects

Snorting cocaine is the most popular form of consumption. Snorting the drug can cause many physical problems; such as, runny nose, loss of smell, frequent nosebleeds, sore throats, and hoarseness.

Some addicts choose to inject the drug directly into their bloodstream; this intensifies the effects of the drug. Injecting the drug can be very dangerous as many users share needles, and this can lead to the spread of diseases; such as, HIV and Hepatitis.

Some users choose to swallow or eat the drug. Swallowing cocaine causes the same effects in the user but not as strong, and it normally takes longer for the drug to start working. Swallowing it can cause many abdominal problems; such as, severe constipation.

Cocaine interferes with the brain’s ability to reabsorb dopamine, and it causes a euphoric sensation in the user. Dopamine is a chemical responsible for feelings of pleasure and movement. After the user has take the drug, they will experience more mental alertness, will be hyper stimulated, and it will reduce any fatigue they might have.

There are many long term effects associated with cocaine; such as, chest pain, abdominal pain, nausea, headaches, heart attack, seizure, and stroke. Some of these cause long term problems that will cause the user to be mentally or physically disabled, others are fatal.

Cocaine increases the heart rate and blood pressure, and at the same time the drug constricts arteries; this can cause a heart attack. Cocaine can also cause arrhythmia; the heart starts to beat abnormally, which is fatal. Cocaine can affect a person’s stomach by blocking blood supply to the gut. Use can also cause long term kidney damage and can cause sudden kidney failure, which is fatal. When a person decides to quit using cocaine, there are some physical withdrawal symptoms most people will go through; such as, fatigue, tremors, chills, and body aches and pains.

After prolong use to the drug a dependence begins to develop and this leads to an addiction. This addiction can make it very hard for a user to stop using and withdrawal symptoms normally begin. Withdrawing from cocaine can be extremely difficult for the user and can cause depression, anxiety, and the inability to feel pleasure.

There are certain physical signs to look for when trying to spot if someone is using cocaine. Some of these signs are very easy to notice; such as, dilated pupils, high levels of energy, sniffling of the nose, and constant talking.

If a user continues to abuse cocaine for an extended amount of time, this is called ‘binging’. Binge use and abuse can cause many health related problems in the future, and can cause the user to feel unpleasant during or toward the end of the binge, and leads to addiction. Binge users normally report after the first few uses of the drug, negative sensations start, but the urge to use more kept them going.

Users normally report similar negative side effects when using cocaine; such as, paranoia, irritability, anxiety, and the inability to fall asleep or get a good night of sleep.

The most successful way to break any addiction to cocaine is treatment at a residential rehab. Most of the time users will need to stay between 30 to 90 days, normally 90 plus will be recommended. Time for treatment will all depend on the length of the addiction and how much was being used daily. If you are addicted to this horrible drug and are tired of all of the negative effects it causes, contact us today to start treatment.

8 Benefits of a Treatment Centre for Drugs & Alcohol