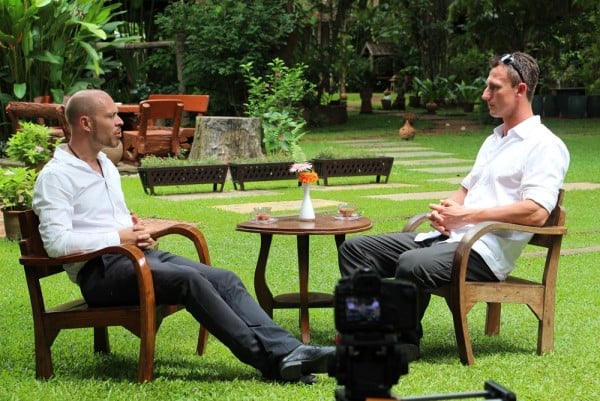 In 2011, the American Society of Addiction Medicine published its public policy document, which saw addiction as a neurological disorder; and last year the American Psychiatrists Association published DSM 5, the psychiatrist’s bible that acknowledged for the first time a non-substance (gambling) addiction disorder. It is fast becoming clear that all addictions are a result of the same brain illness involving the same primary cause.

As we now know, the cause is ‘reward deficiency’. Addicts are people who, whichever drug or process they use to get high, are suffering from hypo-dopaminism, or a poor quality of dopamine tone in the mid-brain. Because dopamine is the pleasure-reward chemical, addicts need to re-enforce the dopamine activity in their brain through using highly rewarding drugs or processes like sex, eating or gambling.

It is interesting to note that over recent years sex addiction has been in the news a lot, and much vaunted celebrities have had their addictions exposed. The idea that ‘things’ which aren’t drugs can also be addictive has become well understood by the public.

There have however, also been a number of detractors from this idea and a lot of press talking loudly about the ‘myth’ of sex addiction and addiction in general. The most recent of these was Peter Hitchens, the controversial Daily Mail columnist and his TV debate with Friends star Mathew Perry – where he rubbished the concept of addiction as “no more real than Tinkerbell”. (see The Cabin’s Twitter debate with Peter Hitchens)

But be sure, the evidence base is becoming conclusive that not only does addiction exist as a disease, but moreover, that the illness can include a bewildering array of manifestations, from shopping to online gaming to heroin.

Moreover, the cause is always the same, namely poor reward feelings in people who have largely inherited poor reward chemistry in their mid-brains. This leads clinicians like us to the conclusion, that what is needed to treat addicts could and should be a model which sees all addictions the same way and treats them all the same way.

Many rehabs are now getting fully behind what is known as the “all addictions model”. The Cabin is proud to be at the forefront of this movement in clinical terms, by actually devising a counselling model which takes note of these advances in the scientific understanding of the illness by actually creating a method which works to treat the illness on this basis.

The Cabin has now completely rolled out a holistic treatment approach called The 3 Circle Model. The 3 Circles is a well-known tool for treating process addictions where the addicted client can individualise their abstinence treatment. This is the received wisdom for food and sex addictions (i.e. that every addict is different) but The Cabin have a unique approach in that we treat both substance AND process addictions using this model. This approach works for substance abuse issues as well because some drug and alcohol addicted clients have a need to continue on with anti-depressant, anti-psychotic or pain medications, which some 12 Step centres might deem to be a ‘break’ of abstinence. But with a 3 Circle Plan this needn’t be the case.

This is how it works. We divide our addictions (whatever they are), into 3 ‘zones’ – Active, Slippery and Recovery. Every addict’s Active Zone is different; you define what it is yourself. Your Slippery Zone again is particular to you – it could be a bar, which triggers feelings of strong cravings. If you find yourself in your slippery zone then the 3 Circle Plan is a simple tool to fall back on as it lets you take an immediate Recovery Action from your Recovery Zone. If you do not then you will surely end up in the Active Zone again.

This approach is simple, because whilst still being a 12 step abstinence-based model it is much less ‘religious’ sounding than the traditional 12 Steps. While the 12 Steps are sometimes hard for non-Westerners and young people in particular, to relate to, the 3 Circles offer an easier format to grasp – and blends extremely well with the CBT and Mindfulness Meditation that we use to treat the multiple addictions that we do here.

So that is what we’ve been doing here at The Cabin. Until I see you again please take care and maybe fill in your own 3 Circle Plan

If you’re thinking of giving up cigarettes or cutting down on overeating …try filling out our recovery plan below (Note: please consult your GP before embarking on any nicotine replacement therapy, weight loss or exercise programmes etc.) 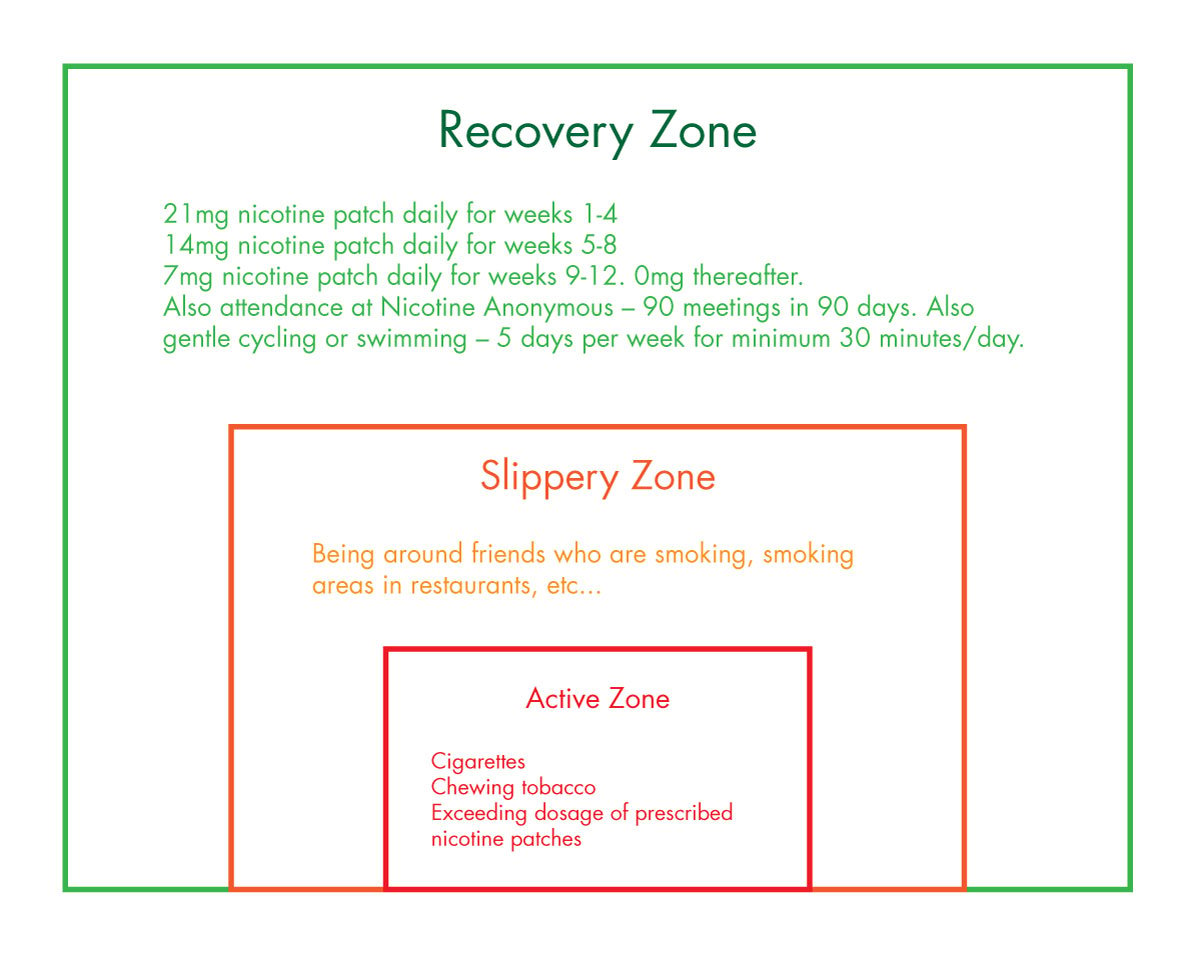