February 1, 2019Michael ShannonBlog, Drug Addiction, Recovery
Before we talk about a gruelling female drug addiction problem and what Thailand is trying to do in order to fight drug addiction, we’re going to tell you a story. This will, hopefully, drive home the fact that there is a real problem with drug abuse in women and emphasise the importance of specialist women’s drug rehab. 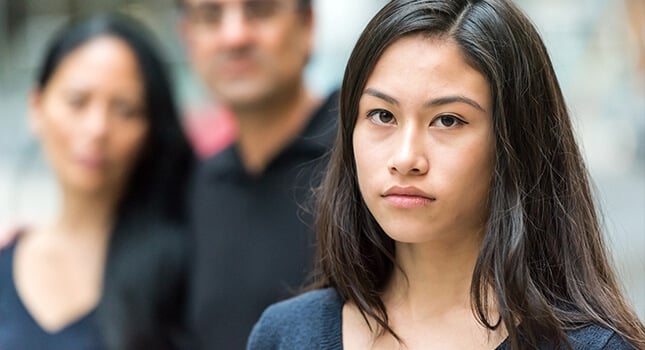 Names, dates, locations, and more may have been changed to protect the sensitive identity of individuals and places.

In December of last year, Malee’s body was discovered along the border shared between Thailand and Laos. A “mysterious medical condition” was the cause of death. For over 365 days, this 23-year-old had resided just north of Bangkok in the monastery’s cloistered existence.

Alongside the Buddhist monks, she underwent daily rituals that were intense. But intensity was what she needed because she was doing what she could to break free of the painful opioid addiction that gripped her. Since leaving her Thailand homeland as a teenager, she had been plagued with substance issues and had become a drug addict.

As a young girl, Malee had left Thailand as a Harry Potter and Star Wars obsessed little girl in pursuit of a career as a ballet dancer. No one could’ve known that she would become one of the many female drug addicts suffering in the world today.

But the program that she went through at the monastery had apparently done what it was designed for. When her body was discovered, the young woman’s system showed no traces of drugs.

Unfortunately, that does very little to comfort the family and friends of this young woman. Her unexpected loss will be mourned for decades. Her family paints a picture of a young woman with an unquenchable zest for life with a gentle soul and a big, kind heart. Possibly, what people remember most about her, is her sense of humour.

For as long as she could, she hid her identity as a drug addict as a well-kept secret. Her travels took her through places such as British Columbia; but finally, to overcome her struggles, she returned to Thailand.

To say that Malee will be sorely missed is an understatement of the greatest magnitude. She was one in a million. She would comfort anyone and everyone from strangers to friends. Her infectious smile could light up the darkest room. She will be remembered forever by those closest to her.

Her friends mourn, her parents – knowing that children should never have to be buried by their parents – cried inconsolably. What could have happened? If only she had entered drug addiction treatment sooner, or not become involved with drugs at all.

Malee was a loving aunt, sister, and daughter. She had a special passion for animals, especially dogs, and loved her family. If not a dancer, she thought, perhaps, she might like to be a veterinarian.

She became, instead, a sad statistic.

This brilliant young woman, whose life was snuffed out far too soon, had actually begun, at 12 years of age, with her battle against drug abuse. An opioid addiction soon formed a few years later including deadly fentanyl-cut OxyContin pills.

Her 22nd birthday was spent in detox. She couldn’t understand where the last 10 years of her life and gone. It hit her like a brick that she needed help. But going through drug rehab especially as a woman isn’t like getting treated for the flu. It is difficult, painful, frightening, confusing, and so much more. You don’t take a pill and get over it. Much the contrary, in fact.

Could the story of Malee have had a happier ending? What could have been done in her homeland that might have prepared her for the outside world, or given her more solid grounding with which to face it? 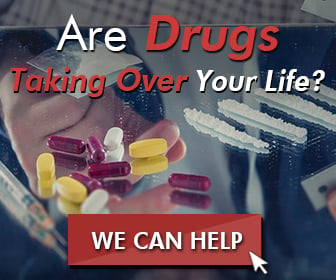 Not too long ago, opioids were the drug of choice in Thailand and other communities. As of late, however, ice, crystal meth, or methamphetamines have taken over the spotlight. The excessive use of mephedrone, ecstasy, and GBL by the younger generation points to the still prevalent popularity of synthetics and other party drugs.

In clubs, where GBL (gamma-butyrolactone) used to be all the rage, it is less a recreational drug but still presents problems as a date rape drug. Those administering the drug to others may combine it with alcohol or other depressants, or cocaine or other stimulants, resulting in negative effects that are highly unpredictable.

And though cannabis (marijuana, pot, etc.) may have been seemingly mild and marginally harmless in days of old, the new strain of cannabis is anything but that. Pot smokers now can suffer long-term mental health effects, even after they stop using cannabis. It is stronger, harder, and far more dangerous than in decades past.

As of late, the fight against drug abuse has been kicked up a notch in Thailand. Where drug crimes are concerned, there are exceedingly strict penalties. Becoming very commonplace are the seizures of methamphetamine pills in large quantities. And though neighbouring countries still have problems with a troublesome flow of drugs, when it comes to penalties for possession, some of the harshest sentences are dealt out in Thailand.

But Thailand is currently making more of an effort to jail and punish drug dealers and help or treat drug users in drug rehab centres for women and men. Prison may be the perfect place for drug dealers, but when it comes to users, rehab is more appropriate than prison.

Though Thailand continues to fight against drug addiction and punish drug dealers, in this day and age, substances such as methamphetamine are still shamefully easy to find. Dark alleys and deserted street corners used to be where those wishing to purchase drugs needed to go. But no more! Easy Internet access makes drugs as simple to find and purchase as buying any other online product.

Truthfully, one does not even need to execute an Internet search for drugs. They will come to you. There’s always a friend of a friend who is willing and able to provide the latest drug of choice.

Methamphetamine by Any Other Name

Yaba, once referred to as ya ma, is a popular Thailand recreational drug that contains a mixture of caffeine and methamphetamine. Once upon a time, it was easily accessible for long-haul drivers at gas stations. They used it to stay awake.

The side effects are sweating, dry mouth, and hot flashes. The brain’s small blood vessels can be severely damaged through use of this drug. Why do people take it? Increased physical activity, wakefulness, and alertness are some of its more attractive aspects. It also increases your body temperature, respirations, blood pressure, and heart rate, however.

Thankfully, the Thai government has cracked down on the sale of yaba right along with the crackdown on drug smugglers and dealers in general. Other nicknames for yaba include Nazi speed and the madness drug. Thailand has, in fact, been commemorated for all the hard work they have done in the fight against drugs by the Global Commission on Drug Policy in April 2017.

All too often, drug abuse begins at an early age. When young children start using drugs, it can be for several reasons. They may be bored, depressed, or stressed. They may be buckling to peer pressure, or they may simply be curious. Regardless of the reason, it is up to today’s parents, teachers, and counsellors to educate children so that drug addiction does not have the chance to sink its claws into them as children or young adults.

Yes, parents need to educate their children as to the hazards of drug abuse. But who educates the parents? Through outreach programs and other educational prospects, Thailand’s children and parents are being targeted with anti-drug messages and various opportunities for learning more about drugs and why our adolescents are indulging in them.

Additionally, clinics that specialize in drug treatment for women, men, boys, and girls are becoming not only more prevalent, but far more proficient at what they do.

When, before adulthood, an adolescent develops a drug problem, their psychological health is at far greater risk than if they had developed it later in life. Mental health disorders are being treated at much higher rates today by drug treatment centres than ever before. Until their mid-20s, human brains are not fully developed. When addictive substances are abused early on, serious long-term effects can result within their brains.

If Thailand stands a chance of being populated with productive, contributing members of society in the future, they must do something about the potential of drug addicted adolescents today.

Thailand Tells Parents What to Watch For

As part of the education process for parents wishing to stop drug addiction in their children before it can start, “Signs to Watch For” have been made public. If you have a child that you feel may be facing some type of substance abuse or addiction, the following signs could be your first alert:

The Residence, Sober House, Resort 12 (offering treatment for LGBT individuals), The Cabin Chiang Mai, and The Edge are Thailand-located addiction treatment centres. Thailand stands behind these and other addiction rehab centres and believes that they will make an undeniable difference in not only the current population but in the future of Thailand and its residents.

If you, a friend, or a loved one are facing addiction or know someone that is, do not hesitate to contact The Cabin Addiction Services Group today.

Fear of Going to an Addiction Rehab