Cocaine Abuse is More Damaging to the Brain than We Thought

February 9, 2016Michael ShannonBlog
We always knew that cocaine abuse was bad for you, but we did not know it was this bad… 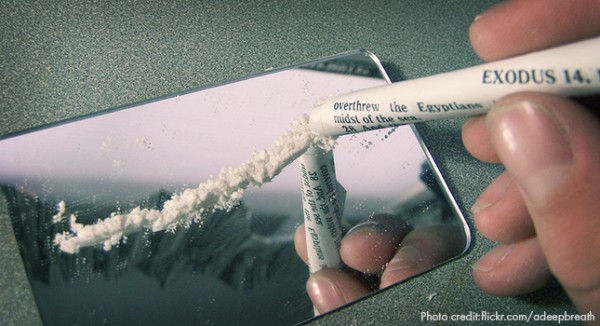 It is well known that cocaine abuse is harmful to the brain and body and can cause long-term complications and death, however a recent study reveals new details about exactly how cocaine abuse damages the brain — and the findings are frightening.

Cocaine Causes the Brain to Eat Itself

The new research led by Dr Prasun Guha, from Johns Hopkins University School of Medicine in the US, suggests that high doses of cocaine can cause brain cells to literally eat themselves. Cells digest themselves through a process called “autophagy,” which naturally occurs to rid waste from brain cells. However, when the process gets out of control it causes rampant brain cell death. Further explaining autophagy Dr Guha says, “A cell is like a household that is constantly generating trash. Autophagy is the housekeeper that takes out the trash — it’s usually a good thing. But cocaine makes the housekeeper throw away really important things, like mitochondria, which produce energy for the cell.” The researchers took “autopsies” of dead brain cells of mice who had been given high doses of cocaine. It was through these autopsies that they learned aggressive autophagy was causing cells to essentially commit suicide by ingesting themselves.

What Does this Mean for Drug Abuse Treatment?

Dr Guha says it’s important to understand exactly how cell death is occurring in response to cocaine abuse because this can give insight into developing drug treatments. They also found autophagy occurring in brain cells of mice whose mothers were given cocaine while pregnant, which when explored further could help doctors prevent some of the adverse effects experienced by children born addicted to cocaine. Over time, cocaine abuse can trigger autophagy that kills neurons, a major cell type in the brain. Dr Guha told Mic News via email that his study should “alarm the cocaine users that chronic use of cocaine may weaken up neuronal health, leading to multiple neurological disorders.” These neurological disorders could include memory loss and cognitive defects. Mic News also asked for a comment from Dr William D. Stanley, Medical Director of Serenity at Summit Behavioural Health, an addiction treatment centre in New Jersey. Dr Stanley said he is “not surprised” by the recent findings, stating that we have known for years that cocaine use has a negative effect on cells. Dr Stanley also pointed out that loss of brain cells is not the only concern related to long-term cocaine abuse.

Potential neurological disorders caused by brain cell loss are only one of many dangers related to cocaine abuse. Cocaine is a powerful stimulant that is highly addictive. Tolerance develops quickly which means a cocaine user will need to take more and more of the drug to achieve a high, and with higher doses and more frequent use many adverse physical and psychological effects can occur. The following are some of the negative effects caused by cocaine abuse:

Along with literally causing brain cells to self-annihilate which can lead to neurological disorders, cocaine abuse effects the brain’s production and secretion of neurotransmitters. If that is not bad enough, cocaine also causes constriction of blood vessels in the brain which can lead to stroke, seizures, and sudden death.

Cocaine is just as bad for the heart as it is the brain. Long-term cocaine use can cause heart problems including cardiac arrest and heart failure, as well as arrhythmia which causes an abnormal heart beat.

Cocaine is a toxic drug that affects the whole body as it goes through the system. Long-term cocaine use damages internal organs and can lead to stomach ulcers and kidney or liver failure.

Cocaine abuse can cause auditory and sensory hallucinations and can lead to full-blown psychotic episodes in which the user exhibits erratic behaviour and loses touch with reality.

The effects of long-term cocaine use on the brain can leave users with an inability to experience pleasure. This can lead to severe depressive episodes that are often complicated by addiction to cocaine. Severe depression can also lead to suicidal thoughts and death by suicide.

Repeated cocaine abuse will lead to dependence on the drug. This of course causes problems in all areas of a person’s life, by interfering with physical and mental health and relationships.

Once addicted to cocaine, most people will need help in order to stop. Even though cocaine use is associated with elite classes of society, no one is immune to the problems caused by addiction. Cocaine addiction eventually impairs an individual’s ability to function and can lead to premature death if not treated. Addiction treatment for cocaine is best approached holistically, which means it addresses emotional, psychological, social, and behavioural aspects of addiction. Because cocaine is such a powerful drug, addiction is often severe, and relapse is common. This means that attending an inpatient drug rehab may be the best course of action when it comes to treating cocaine dependence. While cocaine withdrawal symptoms are rarely medically serious like those of alcohol can be, the withdrawal is painful nonetheless. Withdrawal symptoms can include vomiting, chills, extreme fatigue, muscle pain, and suicidal thoughts. The support of an addiction treatment centre can help you get through this phase so that you can begin working towards sobriety and recovery. Effective treatment for long-term cocaine abuse includes using 12 Step approaches and Cognitive Behavioural Therapy (CBT). These in combination with other individualised approaches such as mindfulness training or family therapy will help give people a well-rounded start in recovery. Treatment should involve both individual and group psychotherapy, as well as relapse prevention planning and aftercare services. While Dr Guha’s research is looking to find drugs that can help prevent cell death caused by cocaine abuse, currently the only way to slow and prevent further damage to the brain and body is to stop using cocaine. The earlier you or a loved one receives treatment the better. Addiction recovery is possible, and compassionate counsellors at The Cabin Chiang Mai are ready to help you get and stay sober. Learn Different Types of Cocaine Here

Ephedrine Use, Abuse, and Addiction