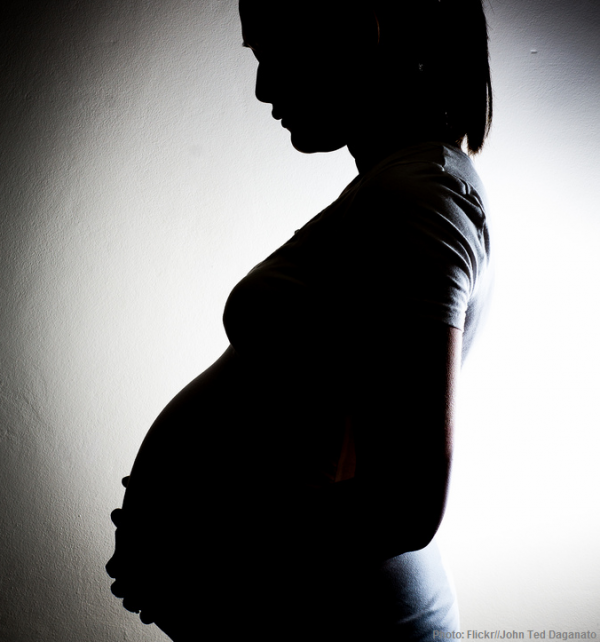 Instead of helping pregnant women with their addiction problems, a new law in Tennessee could see them imprisoned for up to 15 years – leaving the newborn babies without proper motherly care.

Ten years ago, it was quite uncommon to see a baby born in the U.S.A. suffering from neonatal abstinence syndrome (NAS), but times are definitely changing. In the last five to 10 years, babies born with the syndrome have increased drastically in many areas of the country. In 2013, in the state of Florida alone, there were 1,630 cases reported – compared with just 694 in 2008. Some areas have seen increases of up to 600% within the last 5 to 6 years. NAS occurs when pregnant women have an opiate (pain pills, heroin, methadone) addiction, which is transferred to the baby during pregnancy. Once born, the child experiences extreme withdrawal symptoms including tremors, vomiting, respiratory problems and difficulty eating. It is often accompanied by high-pitched screaming, and the baby can experience varying amounts of pain. Dr. William Liu, medical director of the neonatal intensive care unit at Golisana Children’s Hospital of Southwest Florida, said that the number of cases hit a plateau when the hospital treated 75 cases in 2012 and 74 in 2011 and left him with some hope that the problem could be winding down. “I was optimistic that maybe we were seeing a change”, said Liu. “But something is happening.” Perhaps it is this ever-growing problem that has pushed Gov. Bill Haslem of Tennessee to pass a bill stating that pregnant women who are addicted to drugs will be charged with assault if their babies are born with NAS, or other adverse effects due to drug use. Alexa Kobli-Molinas, staff attorney with the ACLU Reproductive Freedom Project was hard against the new law. In a public statement, she made it clear that the Tennessee governor was responsible for making “it a crime to carry a pregnancy to term if you struggle with addiction or substance abuse” and carried on to say that this law will only make those pregnant women affected with addiction – to avoid at all costs getting the healthcare they really need. “Pregnant women with addictions need better access to health care, not jail time”, she concluded. Addiction is accepted worldwide as a disease – a disease of the brain. Therefore, how can women be punished for getting pregnant while suffering from addiction? Cancer is hereditary, or even bipolar disorder, and therefore becoming pregnant while you have either issue could also leave the child at risk. If they can prosecute women for suffering from addiction while being pregnant, where does it stop? As well, nowhere in the policy does it reference common drugs such as alcohol or cigarettes – which actually pose a greater risk to fetal health. As for opiates, studies have shown that while NAS is definitely unpleasant for the newborn baby – it is treatable, and there is no evidence of long-term negative effects on the child.  Still, the bill states that the mother of a baby born with NAS could be charged with aggravated assault, which could, theoretically, land the mother in jail for a maximum prison sentence of 15 years. That’s 15 years that a child could be growing up without a mother.

Rehabilitation, not Imprisonment for Pregnant Addicts

In April, a mother in Utah was charged with a second-degree felony based on claims that she endangered her child by using methamphetamine. An uproar arose then, similar to the one occurring now over the Tennessee bill. In an article on Thinkprogress.org, Lynn Paltrow, executive director of National Advocates for Pregnant Women (NAPW), stood up for pregnant addicts everywhere.  “Many people are willing to assume that if a pregnant woman has used a criminalised drug, she doesn’t care about her baby. But pregnant women who use drugs love their babies as much as other parents do, and there’s no research that finds they’re more likely to harm their children than any other parents.” Paltrow went on to say that looking at who these women are, where they came from, what has happened to them, and the conditions in which they are living – have far more impact on how the child will be brought up – and that these women should have access to proper addiction treatment if they need it. In the small town of Sioux Lookout in Ontario, Canada, that is exactly what is happening. The Sioux Lookout Meno Ya Win Health Centre treats approximately 150 pregnant women with addictions each year. Since quitting opiates cold turkey creates a high risk for miscarriage, the centre uses controlled morphine to wean the women off the drugs to which they are addicted. Dr. Joseph Dooley, the chief of obstetrics, said “I think it’s a very important part of the care… to recognize… that these are families that are struggling with addiction.” The health centre says that they have been able to drastically reduce the amount of babies being born with NAS in the area – which became a major problem 5 or 6 years ago. At The Cabin Chiang Mai, we are very pleased to see a centre like this in operation. We also hope that Gov. Bill Haslem will soon see the dire problems that lie within his newly instated bill. Addiction is a disease of the brain and needs proper treatment – not imprisonment.

Parental Substance Abuse: Why You Should Get Treatment for Addiction Now!