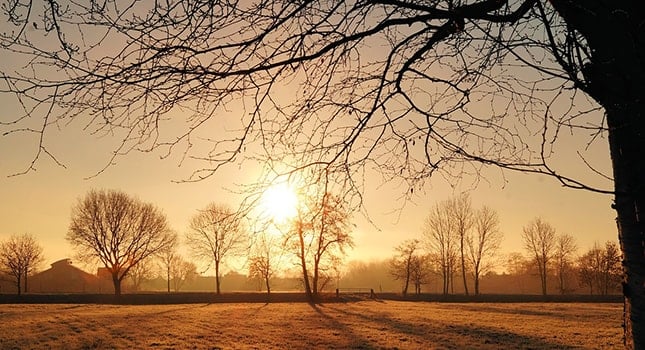 As the days get shorter, some people may feel more tired or sluggish, their patience wears thin, they become irritable, and their moods change quickly. These are the feelings of Seasonal Affective Disorder (SAD) or more commonly referred to as the ‘winter blues’. Most people are familiar with the ‘winter blues’; not everyone suffers from them, but those that do often have a difficult time with their mental, physical, and emotional mind state. For individuals who are recovering from a drug or alcohol addiction and suffer from Seasonal Affective Disorder, they may be at a particular risk for relapsing.

Fortunately, there are many things that one can do to help beat their ‘winter blues’.

Seasonal Affective Disorder (SAD) or the ‘winter blues’ is a type of depression associated with the fall and winter months. During these times, especially in the northern hemisphere, there are short days and long nights, meaning that a person is exposed to less daily sunlight than during the summer months. This lack of light can cause a person to lack motivation and feel depressed. Seasonal Affective Disorder is most common in young adults and typically begins between the ages of 18 and 30.

Some people believe that seasonal affective disorder is not serious; in fact, it is a disorder that can lead to many other problems including addiction. Anyone who suffers from this should get treatment.

Experts do not know the exact cause for Seasonal Affective Disorder, but they believe that it could do with the following:

Serotonin Levels in the Brain

Serotonin is a chemical found in the brain; this chemical affects the mood of a person. Some researchers believe that the lack of sunlight causes a decrease in serotonin levels.

Living in higher latitude locations, especially in the Nordic and Arctic areas, could potentially cause Seasonal Affective Disorder or the ‘winter blues’.

The hormone melatonin is related to the sleep that a person gets. Some experts believe that because of a lack in daylight, melatonin increases, causing fatigue and even depression.

It is widely believed that those already suffering from depression, or who have a history of depression, may be at greater risk for developing Seasonal Affective Disorder.

Depression is one of the leading causes for people to develop an addiction to drugs or alcohol. Therefore, when a person is suffering from the ‘winter blues’, they are more likely to turn to drugs or alcohol for an easy fix. For those in recovery, this may cause them to relapse. Those who have not had an addiction could very well develop one. Additionally, many sufferers of Seasonal Affective Disorder are given anti depressants; if these are not taken as prescribed, dependency and addiction can occur.

How to Treat Seasonal Affective Disorder

The most common way to treat Seasonal Affective Disorder is with light therapy. A certain type of light, brighter than most average lights, is used for a certain amount of time each day; this helps prevent or alleviate the symptoms. Turning to drugs or alcohol to cope is never a good idea and will always result in greater, even life threatening problems. It is important to be treated for Seasonal Affective Disorder; otherwise it may eventually prompt the person to result to harmful drugs and alcohol.

Getting treatment at a drug and alcohol rehab can be very effective in not only treating people with an addiction, but as well as other problems; such as, Seasonal Effective Disorder. This is because the rehab offers various therapies that can help the individual to overcome any feelings that may lead to a relapse; such as, anxiety, loneliness, hopelessness, etc.

Can You Force an Addict Into Rehab?

What Ben Affleck’s Return to Rehab Says About Addiction