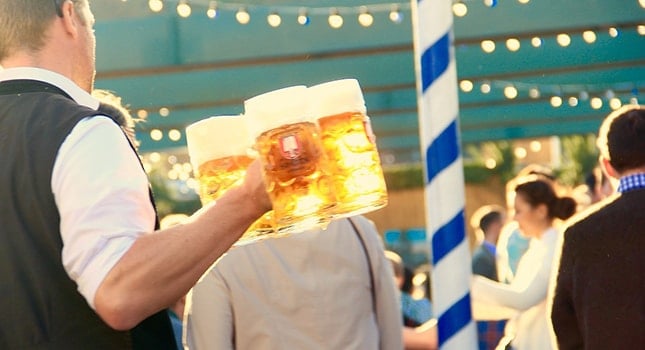 Earlier this year, TIME published news about a study that sought to clarify the effect that simply tasting alcohol (in this case, beer) has on the brain of alcohol addicts and those with a long family history of alcoholism.

Conducted by neuropsychology researchers at the Indiana University School of Medicine in the U.S., the study was made up of 49 men, seven of which were addicted to alcohol, and 12 of which had a known history of family alcoholism.

Using a compound that lit up dopamine receptors in the participants’ brains, scientists sprayed small amounts of water, Gatorade or beer on participants’ tongues, and used PET images to see which parts of their brains responded to which liquid.

Beer raised dopamine levels most noticeably, however, since the amount of beer was so miniscule, researchers agreed that any activity among dopamine receptors – the place of pleasure and desire in the brain – could be attributed to the taste of beer, and not the effects of the alcohol content.

Among the study’s participants, researchers acknowledged an important distinction. The article on TIME’s online site reads: “And not surprisingly, family history made a difference: people with a family history of alcoholism had a four fold greater dopamine response compared to those without such a history.”

Of course, the study doesn’t and cannot establish a correlation between dopamine and addictive behaviour.

But it does provide evidence to back two important ideas: the first is that associations alcoholics have with drink can be so strong that even the taste triggers feelings of pleasure. Secondly, the study proves that a family history of alcoholism can be a significant determinant of one’s susceptibility to alcohol addiction and necessary alcohol recovery.