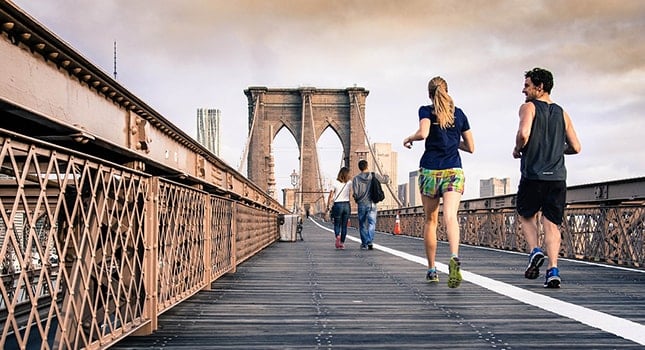 Marathoners are dedicated and fearless people; training to run 26.2 miles demands commitment and a tremendous amount of perseverance. This being said, perhaps recovering addicts might make the best marathoners. If you’ve already successfully completed addiction recovery treatment, then a marathon should seem like a walk in the park.

For those who are recovering addicts and loyal runners, running may become a necessity, as physical activity stands in for more formal addiction recovery treatment.

Last year, The Boston Globe profiled a 41-year-old woman who had spent nine years in prison because of drug charges; the years in-between Jackie Kenyon spent on the street, using heroin and cocaine. A mentor she had while in drug rehab ran marathons, and because she admired the woman so much, Kenyon decided to try it.

“No high I’ve ever had compares to that feeling,” she told The Boston Globe, recalling the time she finished her first marathon. At the time of the article, she was training to run her third.

Certainly, the production of endorphins caused by physical activity is exhilarating, and can soothe anxiety and pain, and in recent years, research has shown that an active body craves drugs and alcohol less. The same article outlines how running actually builds new brain cells, rejuvenating not just a recovering addict’s body, but also his or her mind.

Kenyon’s comment to The Boston Globe can be seen as controversial though; it suggests that she has replaced one addiction with another, substituted running for drugs. And certainly, recent media coverage surrounding exercise addiction suggests that exercise has the potential to be unhealthy.

But for many recovering addicts though, like the marathon-running Kenyon, I don’t believe this is the case. A training schedule seems to be the perfect continuance of drug rehab: setting difficult goals, and working to overcome both mental and physical barriers to achieve them. In this way, addiction recovery treatment continues on outside of the centre walls, and is mirrored in the streets of a marathon course.