Treatment for Alcohol Abuse and Depression at The Cabin Chiang Mai 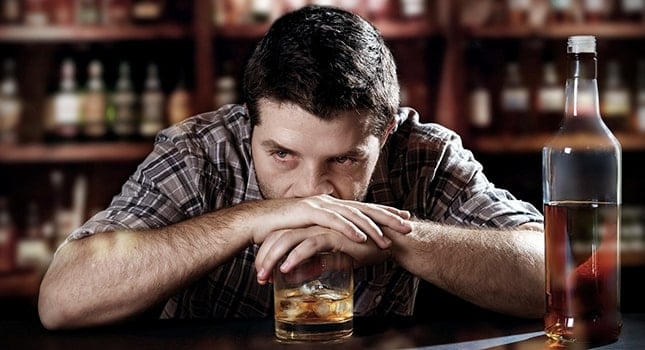 Those with depression and who are abusing alcohol at the same time are engaging in some risky business that could be lethal. However, this is incredibly common, given that between 30 and 50 percent of those abusing alcohol also have been diagnosed with depression. Due to the lifted spirits that alcohol can appear to provide, many people turn to alcohol when they are depressed. However, these lifted spirits do not last and unfortunately the alcohol can worsen the depression.

Combining alcohol and anti-depressants is a double dose of risky business. Those that have a serious case of depression are commonly prescribed anti-depressants. Although it is advised to avoid alcohol completely when taking these medications, sometimes it is too tempting, especially those who abuse or are addicted to the substance. When taking an anti-depressant and consuming alcohol, the benefits of the medication can be counteracted, thus making symptoms much more difficult to treat. Anti-depressants and alcohol will likely affect coordination and judgment. These can impair the ability to function, drive, work, or remain focused. Amongst other risks, certain types of the medications, specifically monoamine oxidase inhibitor (MAOI) anti-depressants (Marplan, Nardil, Parnate) can cause serious effects, including a dangerous spike in blood pressure, when mixed with not only alcohol, but food as well.

An alcohol abuser suffering from depression has a higher risk of attempting and committing suicide. This is because abusing alcohol can increase impulsiveness while exaggerating depression. Statistics have repeatedly shown that alcohol and depression are the most commonly diagnosed problems in people who attempt suicide. Additionally, in suicides that involve driving or overdosing, alcohol is almost always involved.

It is rather common for an addict in recovery to relapse because of their alcohol abuse. When an addict discontinues drinking, the symptoms of depression can become extremely strong; so strong, that the newly recovering addict relapses because they are unable to cope with the feelings. It is crucial that anyone who abuses alcohol and has been diagnosed with depression is carefully monitored, especially in early recovery. Generally after the first month of quitting, the depressive symptoms lessen.

Symptoms of Alcoholism and Depression

Irritability, anger, or hostility Feelings of emptiness or helplessness Lack of interest in activities that were once enjoyable Lack of hygiene Changes in eating and sleeping patterns Dramatic weight loss or weight gain Lack of enthusiasm and motivation Spending a lot of time alone Difficulty thinking, concentrating Memory problems Chronic aches and pains Recurrent thoughts of suicide or death

It should be noted that at anytime an individual is feeling as if they might harm their self or another person to contact the local emergency service and/or get help immediately.

Treatment for Alcohol Abuse and Depression

As mentioned above, a recovering alcohol abuser who is considered to be depressed or have a history of depression must be closely monitored during withdrawal and early recovery. Alcohol abuse almost always is a result of underlying problems that need be carefully addressed. These problems may include abuse, dysfunctional families, low self esteem, or a combination. Therapy and counseling at a rehab center can address these underlying problems and help the addict to deal with their struggles, as well as their depression, without resulting to alcohol or other drugs. Without treatment, the individual will likely continue their harmful cycle of self medicating their symptoms through their abuse.

Alcohol Use and Abuse in Thailand