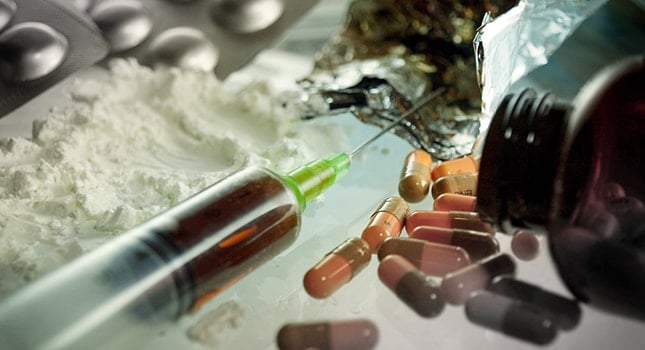 Injecting drugs is a common method where a substance is injected into a person’s body using a hollow needle and a syringe; such as, heroin, cocaine, amphetamines, and buprenorphine. Drugs are normally injected into a vein, but can also be intramuscular or subcutaneous. The most common names referring to drug injection are shooting, slamming, blasting, or banging.

Why is Injection Preferred?

Injection is the preferred method used by some drug users; because, the full effects of the drug are experienced almost instantaneously. Users can do the same amount of a drug that can be orally ingested or smoked, but will get a stronger by injecting it.

By injecting it, the user puts their self at risk for many things that only come with intravenous use. They can collapse or scar their veins, develop an addiction to the drug more quickly, have a more serious physical and psychological dependency, and can contract several diseases.

There is a high risk of scarring the peripheral veins, because of using blunt injecting equipment or injecting in the same spot. This is most common with users who are in jail or on the streets; normally this is because they may not be able to get to new needles and syringes. What happens is users will reuse the needle and syringe over and over, sometimes over a hundred times, resulting in a very blunt needle. When they do this, their veins may collapse. Users who inject in the same spots over and over without letting the injection site heal, may also suffer from collapsed veins. When a user’s veins become dark, it means that they have been scarred and have a toxic buildup inside. These dark, lengthy veins are called track marks.

Risk of Psychological and Physical Dependency

A significant risk of injecting drugs is a physical and psychological dependency will develop more quickly. This is because the rapid surge of the drug in the bloodstream gives the user an intense, but short lived high. This may make the user want to inject more of the drug more frequently. As the user continues injecting, if they slow down or stop, they will have cravings and can even have withdrawal symptoms. They may use more of the drug to curb the cravings and withdrawal, and with each injection, they will develop an even greater tolerance and dependence to the drug.

Needle sharing is when a drug user uses a needle and syringe that has been used by other people. Users who inject together have a higher risk of contracting several different deadly diseases.

The most common diseases shared within the drug community are: HIV, Hepatitis C, and Hepatitis B.

Risk of Getting a Bacterial Infection

Injecting drugs puts the user at a high risk for developing a bacterial infection; because, most users inject at various spots on their body. Eventually they may develop a sore or abscess, that if not taken care of, will become infected. If the user has poor hygiene or practices “dirty injecting”, they can and most of the time will develop a bacterial infection.

Many users who inject drugs use cotton to filter out the substance. In doing so, they put themselves at risk for developing cotton fever. Experts suggest that cotton fever is most likely caused by the bacterium that grows in cotton. The user may experience a high fever, chills, nausea, and uncontrollable shaking. They normally must be treated at a hospital and be given antibiotics.

There is an increase risk of having an overdose when injecting drugs; because, injecting delivers a dose of the drug straight into the user’s bloodstream. Oftentimes, the user has difficulty determining the amount of the drug they should inject, to get their desired effect in one hit. If the drug is not pure, it is has been mixed with other substances, some of these could be toxic and this could be fatal.

In addition, injecting drugs put the user at risk for inadequate nutrition, poor hygiene, and serious interactions from combining other drugs.

Drug use comes with an enormous range of risks, but those that are associated with injecting drugs can be more dangerous. The best thing that a drug user can do is seek treatment and get help.