Pressures on women: do they create shame and dishonesty when it comes to alcoholism? 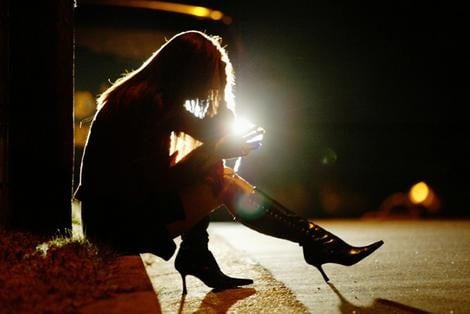 With the “can do-it-all” attitude, many womenhold full-time jobs while still being expected to cook, clean, and rear children as if nothing has changed from the early days of stay-at-home moms and working fathers. Even the stay-at-home moms of today are expected to not only take care of children, but to exercise daily, have design projects on the side, or become a mini Martha Stewart since “they just stay home all day anyways”.

For women, it appears that all that hard work on feminism might have gone a bit too far. Now, women are supposed to take on a huge amount of extra tasks, while still remaining cool, calm and put together. For many women, however, the pressure can prove hard to handle, which can be seen in prescription drug abuse, and also alcoholism.

Besmartbewell.com recently featured a video of a woman from the U.S. named Amy, who was a pastor’s wife, and who also felt the pressure to be a role-model for the ‘perfect family’. Her teenage daughter came home from school one day to find her mother drinking wine – in secret – in the garage. Amy was also arrested for driving under the influence (DUI) with all three of her children in the car.

Drinking in private is important to many of these women, because showing others that they may have a drinking problem would also reveal that they are unable to handle the pressures of their daily lives – or so they think.  Sadly, many of these pressures are brought on themselves, by comparing themselves to women they see on TV, or even just an ideal image in their own minds of who they wish or think they should be.

According to the National Institute on Alcohol Abuse and Alcoholism, there are approximately 18 million alcoholics in the U.S. alone. And while there are more men abusing alcohol than women, more women will experience severe and more frequent health complications than their male counterparts. In fact, the death rate for women alcoholics is 50 to 100 percent higher than men.

And unfortunately, many women are still too ashamed to ask for help – which is likely one of the reasons more women suffer from the ill effects of alcohol abuse. Which means firstly that women need to stop pushing themselves to such extreme standards, but they also need to drop the shame? Alcoholism is a disease, and there is no shame in admitting that you suffer from it and asking for the help you need.

Watch this story on besmartbewell.com for some positive encouragement from a mother who was once an alcoholic, endangering her children’s lives – who has turned her life around and has now been sober for over five years.