April 4, 2016Michael ShannonBlog
Prescription drugs and over-the-counter medication are the 2nd most commonly abused drugs in the U.S by high school seniors. Due to this popular but dangerous trend, it is imperative that you as parents take all the necessary precautions to keep your son or daughter drug free. 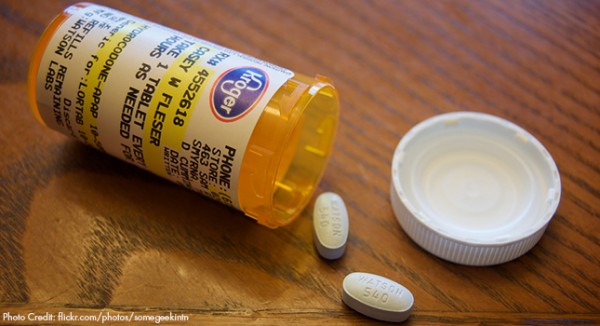 Next to marijuana, the most commonly abused drugs by high school seniors in the U.S are over-the-counter medication and prescription pills according to the National Institute on Drug Abuse (NIDA). It was estimated that 1 in 9 youth between the ages of 12 to 25 had used prescription drugs non-medically in 2010.

Not just in the U.S., but all over the world, youth are taking prescription drugs recreationally, and it can have detrimental effects. The most commonly abused over-the-counter and prescription drugs, according to NIDA, are the following:

Depending on the type of prescription drug abused, the effects will vary. The most commonly abused prescription drugs among youth these days fall into one of two categories – pain killers, relaxants or stimulants which we will delve into a little bit deeper below.

Pain killers (Vicodin, codeine, and OxyContin) are very powerful drugs that are designed to interfere with the nervous system’s transmission of the nerve signals that we perceive as pain. Strong painkillers such as these also stimulate the part of the brain that is associated with pleasure, producing a type of high for the user. The strongest types of pain killers are opioids which are derived from the opium plant and in high doses can deliver similar effects to that of taking heroin.

Tranquilisers and sedatives also interact with the body’s central nervous system by depressing it. These types of drugs can also be used for relief of pain but are more commonly used for those diagnosed with anxiety disorders or sleeplessness or even those who suffer from seizures. Again, however, these drugs can cause users to feel high and even euphoric.

Stimulants such as Adderall or Ritalin are most commonly prescribed for youth who are diagnosed with attention-deficit hyperactivity disorder (ADHD). These stimulants create a ‘focusing ‘ affect for the user, and are often abused by teens who are looking to cram for a test, do better in school, or simply feel more awake or focused.

All of the above mentioned drugs are highly addictive, and can put people at risk for addiction even when used as prescribed. However, when abused by those who do not require the medication, or when used in higher doses than prescribed, the chances for addiction increase significantly. Prescription drug abuse can quickly turn from a ‘fun ‘ way to relax with friends to full blown addiction, which is why it is important to speak to your teens about the negative side effects of abusing prescription pills and take precautions to help ensure that your son or daughter does not end up with an addiction.

How to Prevent Your Child from Becoming Addicted to Prescription Drugs

Do you think that your son or daughter would never try prescription drugs recreationally? Peer pressure can make even the best of kids do things they do not actually think is right. Help your teens stay clear of prescription drug abuse by doing the following:

One of the most important things parents can do is talk to their kids about the real dangers of prescription drug abuse. Scare tactics do not often work, but real-life stories do. American rapper, Eminem, struggled with prescription pain addiction and has opened up about it in an effort to help others. Share his story with them and talk about the dangers they could face if they chose to experiment.

Understand the signs of prescription drug abuse so that you know what to be on the lookout for if your teenager starts to experiment. If you can catch it early on, their chances for getting out before becoming addicted will be much higher. For a list of signs to look for, click here.

Youth abusing prescription medication may buy the drugs from friends, steal them from relatives or simply take them from the medicine cabinet at home. If anyone in your home has a prescription for any of these addictive drugs, keep it locked up.

If your son or daughter has their own prescription for any of the above mentioned drugs it is a good idea to monitor the rate at which their pills are being consumed. If they are going through prescriptions faster than they should be then chances are there is prescription pill abuse going on, or they might even be selling them to friends.

With prescription drug abuse or any other type of substance abuse, it is important to let your kids know that they can always come to you no matter what. They need to know that if they come to you with their problem that you will respond in an understanding way and get them help instead of getting angry.

If your teen’s prescription drug abuse has turned into an addiction or you are unsure of how to help them stop, it is important to seek professional help immediately. Developing an addiction at an early age can be devastating and can set them up for problems with addiction for the rest of their life. At a young age, early intervention is incredibly important. A professional addiction counsellor will be able to guide you and your son or daughter toward the path to recovery to ensure that your teen has the opportunity to fulfill the life that they deserve.

The Concerns of Antidepressant Use