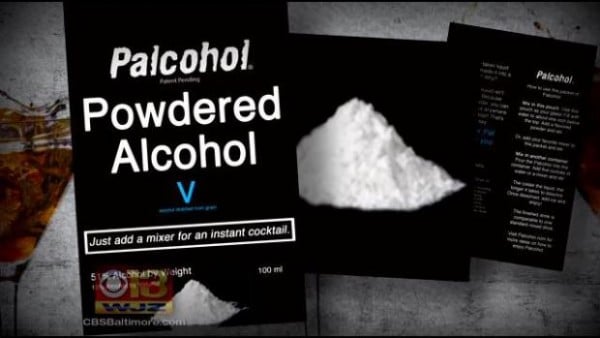 With an estimated 17 million Americans having an alcohol use disorder, you might think that finding new ways to ingest alcohol would be low on a list of innovations. However, as a report from CBS news recently discussed, “Palcohol”, a form of alcohol which has been turned into a powder, is causing concern among addiction experts.

Palcohol is a freeze-dried substance that can be added to water to create an alcoholic drink anywhere. The drink was approved in the United States by the Food and Drug Administration, before the board abruptly rescinded its approval.

In spite of the change of approval, the product is still expected to hit shelves later this year. The regulatory body says that it needs to conduct further evaluation as to the alcohol content of each packet. In addition, packages of the powdered form of alcohol will have to be clearly labeled with the content as well as with warnings of the dangers of alcohol.

Experts have expressed several concerns about the new product. Dr. Kennon Heard, a toxicologist and emergency room doctor at the University of Colorado, says that the risk of alcohol poisoning is high because people may be unfamiliar with the strength of the product. In addition, the convenience of the packets could encourage drinking. Finally, because the flavours are cocktails with fruit flavours, children may be more likely to unsuspectingly try the beverage.

Past similar trends include the popularity, several years ago, of sweet alcohol drinks. Dr. Heard says that at that time, he saw more young people engaging in risky behaviour due to alcohol coming into the emergency room. Eventually, the Food and Drug Administration banned the products because they encouraged underage drinking.

Apart from dangers associated with correct use of the product, there are also dangers of incorrect use or misuse of Palcohol. One danger could come from inhaling or ingesting the powder without water, which could have unpredictable effects. It could even be smoked through a device such as a nebulizer. Moreover, the manufacturer has even suggested that Palcohol can be sprinkled on food to add an extra kick. All of this is cause for concern, when many people already struggle with alcohol addiction.

Mark Phillips, the creator of the product, says that despite these concerns, Palcohol offers ease and portability to people who wish to consume alcohol responsibly.

The Cabin Chiang Mai encourages responsible consumption of alcohol and other substances, and for those in recovery from addictions, abstinence. If you are struggling with an addiction, please contact one of our specialists today.