Chasing the Rainbow: Poorna Bell on her Husband’s Depression, Heroin Addiction and Suicide

Poorna Bell, executive editor and global lifestyle head for HuffPost UK, was married to a man who was fighting a deep internal battle. Rob Bell was a successful journalist, the man of Poorna’s dreams and the love of her life. She knew he struggled with depression, but when she found out that Rob was hiding a heroin addiction, which led to his eventual suicide in 2015, Poorna began questioning everything she once thought she knew about their relationship.

Dealing with Depression in Marriage

Rob confided in Poorna about his struggles with depression early on in their relationship, letting her know that the mental illness ran in his family. Unfamiliar with depression herself, Rob explained that it was akin to ‘feeling as if you are having the worst day of your life, over and over, even when you should be happy.’ He reassured his soon-to-be wife that he knew how to handle it, and Poorna had no reason to doubt him. A successful science journalist with a plethora of close friends and solid relationships, it seemed that Rob did have it under control.

It wasn’t until three years into their marriage that Rob confronted his wife with the truth – he was addicted to heroin.

Learning Your Spouse is a Heroin Addict

Most spouses spend the large majority of their days together, sleep next to each other at night and are assumed to share almost every aspect of their life with one another. You might think it’s impossible to live next to someone who is addicted to heroin without having a single clue that they were struggling. Poorna is, of course, evidence to the contrary.

When Poorna found out about her husband’s heroin addiction, as most people in the same situation do, she put much of her anger and disbelief on herself. ‘How could I not know?’ ‘I brought this on myself,’ and ‘What kind of buffoon doesn’t know that her husband is a heroin addict?’ were some of her first thoughts.

Now fully aware of his addiction, she can point to some tell-tale signs of his heroin addiction. These included pulling away from her touch when he was trying to detox, frequently being out of tinfoil in the kitchen and his days lying in bed tired and sweating, which he would blame on his depression. 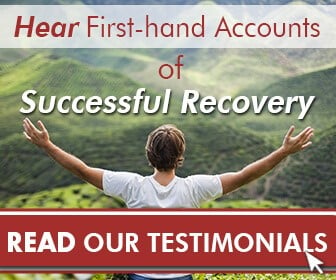 Once Rob opened up to Poorna about his addiction, he sought help. He joined NA and got help from a therapist. He entered recovery and began to look the part – he was filling out in the face and his skin tone looked healthier. He was more optimistic about the future, and even spoke about trying for children.

But recovery is not so black and white. Rob went on to relapse several times. At one point, the couple decided that if Rob could remain sober for six months, they would start trying for children. But at about five and a half months sober, Rob relapsed.

Poorna told the BBC that Rob’s relapse so close to the six-month mark may have been due to his own internal struggle – believing that he wouldn’t be a good enough dad, scared to subject his future children to his own depression and addiction. It was after this final relapse that Poorna said to him,

A most difficult thing to say to someone you love so dearly, indeed.

The couple decided that Rob would return to his family in New Zealand while they had a three-month separation for him to work on his recovery. It was in New Zealand that Rob left a suicide note for his doctor which described the debilitating depression he experienced every day, and took his own life because he could not cope with it anymore. Police officers found Rob and contacted his parents, who then called Poorna to deliver the devastating news.

Making Sense of Tragedy: Dealing with Grief and Guilt After Suicide

Nine months after his passing, Poorna wrote an open letter to Rob which was posted on the Huffington Post website before she flew to New Zealand to visit her late husband’s grave. While it was a lovely sentiment to her husband, the letter focused on the research Poorna had done on mental health in an effort to make some sort of sense out of her husband’s death.

I also know that over 50% of adults with lifetime mental illness actually began suffering when they were children.’

Mental Health and Drug Abuse: Why Early Intervention is Crucial

As Poorna states, many cases of mental illness and addiction begin in the adolescent years. Early intervention at first sign of behavioural issues is key when it comes to long-term mental stability. Substance abuse is often used as a coping mechanism – a way to cover up the feelings that mental illness causes. If mental illness is treated early, the risk for developing an addiction becomes far less.

As a way to put closure to her husband’s untimely death, Poorna Bell has written a book entitled Chase the Rainbow, which covers in detail her personal grief and methods to gain closure, as well as an account of society’s pressures on men that often lead to depression, anxiety and other mental health issues.

Unfortunately, cases such as Rob and Poorna’s are not all that uncommon. High-functioning depression and addiction are more prevalent than most people think. One’s illness is considered to be high-functioning when they’re still able to maintain the semblance of a ‘normal’ life while suffering deeply from mental illness or addiction within.

If you’re concerned about a loved one who’s suffering from mental health disorders and/or addiction, contact us today for a free consultation to see how we can help.

Are Celebrity Addicts a Form of Drug Rehab?