Did Prince Have an Opioid Painkiller Addiction That Resulted in His Death?

Speculation is mounting that Prince’s untimely death was due to a painkiller overdose caused by ongoing hip and joint pain stemming from years of high-energy performances. His potential painkiller addiction is an opportunity to shed light on what is being considered an ‘epidemic’ in the United States and other parts of the world. Learn more here about painkillers and their addictive potential. 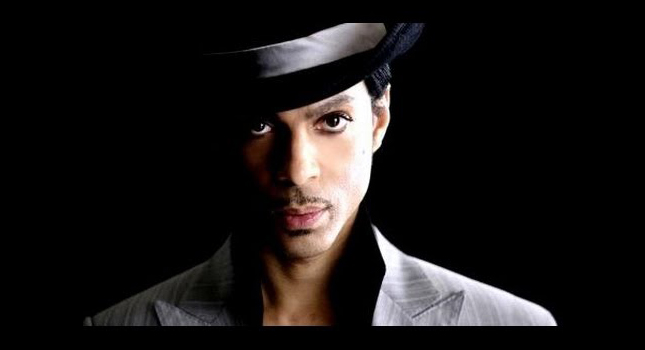 Since the death of the musical legend, Prince, on April 21, 2016 at age 57, there has been much speculation about what may have caused his unexpected passing. TMZ.com, a popular celebrity gossip website, was the first to imply that the singer’s death was due to a long-standing addiction to Percocet, a commonly prescribed opioid painkiller. Official reports of the cause of death are still outstanding. It could still be weeks before the truth is revealed, but it does seem certain that while an opioid overdose may or may not have been the final cause of death, Prince was suffering from chronic pain and was taking painkillers on a regular basis to manage it. Prescription painkillers were reportedly found in Prince’s possession when he was found at his Paisley Park estate on April 21st.

Over the past few years, opioid pain medications have been blamed for what some have coined an ’epidemic’ of drug overdose deaths in the U.S. and several other countries around the world. While the rates of prescription painkiller addiction and consequential overdoses have been on the rise, these drugs can still serve a purpose when used correctly.

In the case of Prince, he suffered from severe hip and joint pain caused by years of energetic performances that included him jumping from tall platforms while wearing high heels. According to some sources, Prince underwent hip replacement surgery in 2010 and was prescribed Percocet to deal with the resulting pain during recovery.

According to the Institute for Chronic Pain (ICP), strong painkillers such as Percocet offer both benefits and cause for concern when treating chronic pain. ICP states:

Patients with pain from terminal cancer benefit from their use. Patients benefit from their short-term use when recovering from an acute injury or following a painful surgical procedure. However, the long-term use of opioid medications for chronic, non-cancer pain remains quite controversial.

On the one hand, there are many strong proponents of their use. Opioids are an effective treatment for chronic pain and foregoing their use is inhumane.

ICP maintains that long-term use of opioid painkillers also gives way to the following concerns:

The Truth about Addiction to Percocet

Narcotic opioid alkaloids found in opium are used to create such painkillers as Percocet. When consumed, these alkaloids attach themselves to opioid receptors in the brain, spinal cord and gastrointestinal tract. Attaching to the receptors in the brain or spinal cord alter the way the person experiences pain. However, the effects do not last for long.

When prescribed for chronic pain, a patient can quickly become severely dependent on these painkillers by developing a tolerance to the drug, requiring them to increase the needed dose in order to feel the same effects.

In an ideal situation, the doctor will supervise an increase in dosage; however, this is not always the case. As the chronic pain returns with intensity, many patients will increase their dose on their own in an effort to ease the pain as quickly as possible. In either case, an addiction to the drug can easily follow as tolerance builds and chronic pain is not dealt with in other ways.

So, is Percocet Addiction to Blame for Prince’s Death?

As already mentioned, there are many conflicting statements regarding the musician’s untimely death, including reports that Prince suffered from a severe case of the flu or pneumonia in the days before he was found dead at his estate.

“So, awaiting final toxicology, it has now been reported in the New York Times that Prince was toxic. I can relate. I was toxic too.

I too, waited anxiously for a prescription to be filled for the opiate I was secretly addicted to. I too, took too many at once. I too, sought to kill emotional and physical pain with painkillers. Kill it. Make it stop.”

Others believe that Prince, despite taking opioid painkillers regularly, did not die from addiction, but rather from chronic pain –  a medical condition that is “criminally under-treated.”

Lessons We Can Learn from Prince’s Death

In the coming weeks, the world will come to learn exactly what happened during Prince’s final hours. But regardless of whether Percocet or other painkillers were the cause of his death, this overall situation does shed light on an issue that is plaguing many people worldwide — the misuse of and need for more education about these incredibly strong pharmaceuticals.

Opioid painkiller addiction is a serious problem that causes thousands of overdose deaths each year. And a majority of those affected begin taking the drug as prescribed by a doctor.

Painkiller Addiction: Getting the Help You Need

If you or someone you know has been prescribed painkillers for short or long-term pain, be sure to speak to your doctor about using them safely. If you find yourself having the urge to take more than prescribed, contact an addiction specialist immediately to learn more about how you can stop an opioid addiction before it ruins your life.

As for Prince, an incredibly talented musician who touched the lives of millions of people worldwide, we at The Cabin Chiang Mai hope that he can finally rest in peace, free of any pain and suffering that he was experiencing. We also hope that, regardless of how his final toxicity report turns out, the spotlight of his death is placed on painkiller addiction and the effects of these prescription drugs. Maybe this will save a few lives and educate the masses on the dangerous side effects of these legal drugs that are prescribed around the world.

At The Cabin Chiang Mai, we strive to provide leading integrative addiction treatment. Trained addiction specialists provide advanced, effective, and comprehensive addiction treatment through our unique Recovery Zones model. This ensures holistic emotional repair and growth that will allow you to live a life of long-term addiction recovery.

Remember that addiction is a disease and is nothing to be ashamed of. If you would like more information about addiction treatment, or are interested in a free and no-obligations assessment for yourself or someone close to you, contact us to get started on the path to the freedom of long-term recovery.

Cocaine Abuse is More Damaging to the Brain than We Thought