Over the Counter Medication Abuse and Addiction 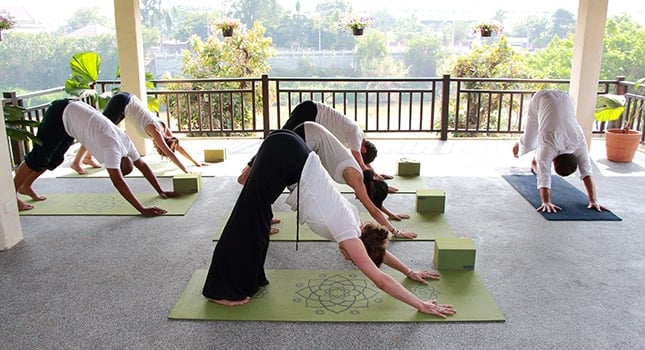 Over the counter (OTC) medications are obtainable easily, are highly abused, and cause addictions in many people. Today in rehabs across the world, OTC are accounting for a large amount of addictions being treated.

Because you can buy them without a doctor’s prescription, many people think that they are not harmful, and not addicting. It is very important to know and understand what over the counter medications are and how they can be harmful.

Over the Counter Medications

Over the counter (OTC) medications, are drugs that do not require a prescription. They can be bought at any pharmacy, grocery store, or convenience store without a doctor’s consent. Many people think that because they do not require a prescription, they are not harmful when they are abused. However, many health complications as well as addiction can occur when a person abuses over the counter drugs.

Just like prescription drugs, over the counter medications change the user’s body functions from its natural state. These changes can be harmful to the mind and body, and many people who abuse them develop an addiction.

Over the counter (OTC) medications are abused when a person takes too much of the drug at one time, or has taken it too often. When a person abuses over the counter meds frequently, they will build up a tolerance, dependence, and then an addiction.

Addiction to OTC medications is quite common especially in teenagers and young adults. These groups normally abuse them for the ‘high’ they produce. Elderly people are also known to abuse certain types of OTC meds to fall asleep.

Types of Over the Counter Medications

Over the counter (OTC) medications, come in various shapes, sizes, forms, and strengths. They may come in liquid or pill form and can be swallowed or snorted. People abuse OTC medications to achieve a certain goal; to feel a certain sensation, to fall asleep, or to lose weight. Listed below are the most common OTC medications that are abused.

Over the counter cold medications are found in cough syrup and tablet form. The most common abused OTC cold meds contain dyphenhydramine or dextromethorphan. Some will have pseudophedrine, which is a decongestant and can be used to make methamphetamine. Brand names are Robitussin, Vicks, Coricidin, and Nyquil. However, there are a least 125 different types of over the counter cold medications that contain dextromethorphan.

Dextromethorphan is not harmful when it is taken properly. However, in high amounts it can cause a ‘high’ feeling, hallucinations, confusion, and numbness. There are even slang terms used when a person is abusing OTC cold medications; such as, robo tripping and skittles.

Over the counter (OTC) sleeping medications can be found in tablet forms and are most abused by young people and the elderly. The most common abused OTC sleeping medications will contain a chemical called doxylamine. Brand names are Amnien, Restoril, Sonata, Excederin PM, and Tylenol PM. When these drugs are abused, they can cause even greater sleeping problems, weaken the body, or cause a condition called narcolepsy.

Over the counter diet medications are commonly found in tablet form. The most common abused OTC diet meds will contain ephedrine and caffeine. Brand names are Dexatrim, Acutrim, and Metabolife. People who abuse diet medications normally do it for three reasons: to get ‘high’, get a boost of energy, or to lose a fast amount of weight. These can cause serious harm to a person’s body when abused; can cause weight difficulties and lead to an addiction.

There are many harmful effects that over the counter drugs can have on a person. For example, when a person abuses or has an addiction to OTC cold medications, they can cause permanent kidney damage.

Overdoses and deaths from OTC medications can occur. An overdose on over the counter drugs will depend on the exact drug, what it was mixed with, how much was taken, how quickly it was taken, and the own individuals body makeup.

One of the most dangerous over the counter drug that is commonly abused is called Dextromethorphan or DXM. DXM is found in several types of cough syrups. Over the past ten years there has been an increase in addicts being treated for DXM addiction. Statistics show that between 1999 and 2004, there was a 700% increase in the amount of DXM related overdoses, some ended in death.

Aside from overdosing or dying from an OTC medication, the abuser can have serious health related problems such as nausea, insomnia, severe weight loss, nervousness, dizziness, depression, anxiety, mood swings, and addiction.

On Maintaining a Balanced Recovery